The premium version of its app is called Twitter Blue, and it offers a number of extra tools and features. The biggest among them is this:

“Twitter Blue users will get an Undo Tweet feature that allows them to set a customizable timer of up to 30 seconds to take back a tweet if it needs to be fixed. The feature is not quite an edit button, a feature often requested by users, but it will allow subscribers to preview what their tweets look like and adjust them before they’re published.”

Other features will make it easier to read long threads, organise your folders etc. The price in India: Rs 269/ month—which is more expensive than splainer!! CNBC has the details.

In other tech-related news: Netflix is gearing up to open its first-ever global post-production facility in Mumbai. It will have 40 offline editing rooms for showrunners, directors, editors and sound designers:

“We are investing in the latest technologies and skill development through multiple certifications and training workshops in post-production, script writing and other aspects of creative production.”

A Dominican court denied bail to the absconding jeweller—who has been arrested for illegally entering the country from Antigua (read our big Choksi explainer for context). But the question remains as to whether he will be extradited to India—or sent back to Antigua. More interestingly, Choksi and his wife shared an elaborate story of abduction. They say when he arrived at the home of an acquaintance ‘Barbara Jabarika’, he was tied up and tasered by 8-10 men. These included two Indian men. They put him on a boat—where he received a call from an “Indian authority” who instructed him to stay silent about the abduction when he reached Dominica. Choksi’s daughter says: “100% suspecting an operation by the Indian government to recover a ‘fugitive’.” You can also read a more elaborate version of this theory in this interview with his wife Priti. (Business Standard)

NASA is going to Venus

The space agency announced two missions—VERITAS and DAVINCI+—both of whom will head out in the opposite direction from Mars (which gets way too much attention). But it will take a couple more years—sometime between 2028 and 2030. VERITAS will fully map the surface of the cloud-shrouded planet. DAVINCI+ will study Venus’ atmosphere and send back the first high-resolution photos of its surface:

“[T]he overriding goal of these missions will be to assess how Venus and Earth came to follow such divergent paths in their evolution. Both are of similar size, and while Venus is closer to the Sun, that does not account for the differences in the hellish conditions on the surface of Venus—especially in terms of atmospheric pressure and temperature—compared to Earth.”

FYI: NASA has not sent a robotic spacecraft to Venus since the launch of the Magellan orbiter in 1989. (Ars Technica)

You can never have enough IDs according to the government. It is now considering introducing a “universal family ID”—a unique identification number except for a household not a person. Apparently the plan is to create a “universal family registry” which will allow the government to identify beneficiaries for its different schemes. Because Aadhaar worked really well for the poorest Indians, right? (The Print)

In case you were wondering, ordinary citizens in Myanmar have not given up the fight to defeat the military coup (more in our explainer here). Despite vicious levels of brutality—at least 845 have been killed and 4,500 imprisoned—400 pro-democracy protesters staged a flash mob: “We gathered at the protest today in order to show that we won't allow them to rule us.” See the video below:

The global Booker prize goes to…

‘At Night All Blood is Black’, a short novel by David Diop that is less than 150 pages. The prize is awarded to a foreign language novel translated into English. To give you a little taste of the plot:

“[The novel] follows Alfa Ndiaye, a Senegalese soldier fighting for France in the first world war, whose descent into madness after the death of a childhood friend on the frontline begins to show itself in extreme brutality against enemy German soldiers in the trenches.”

The Guardian has more details.

Ok, this is more crazy than an NFT

We’ve all wondered about the wisdom of paying insane amounts of money for a digital token of some artwork. But what about paying $18,300 for something that doesn’t actually exist in any form? We kid you not! Italian artist Salvatore Garau auctioned an invisible sculpture titled ‘lo Sono’ (I am) that is “immaterial”—i.e. it doesn’t exist. If you think that is insane, this is Garau’s argument:

“The vacuum is nothing more than a space full of energy, and even if we empty it and there is nothing left, according to the Heisenberg uncertainty principle, that 'nothing' has a weight…Therefore, it has energy that is condensed and transformed into particles, that is, into us."

Also, there are strict instructions for the display of this ‘immaterial’ piece of art:

“[T]he sculpture must be displayed in a private home free from any obstruction, in an area that is about 5 ft. long by 5 ft. wide. Because the piece does not exist, there are no special lighting or climate requirements.”

Also: this is a video of Garau’s previous non-existent sculpture called “Buddha in Contemplation,” in Milan:

The Archaeological Survey of India (ASI) has found three new caves in the hills of Nashik—right next to the 25 Trirashmi or Pandav Leni caves which date back to somewhere between the 2nd century BC and 6th century AD. What’s interesting is that these could actually be older—though it is too early to tell. They appear to be dwellings for monks. Indian Express has photos and more details.

An elephant scare in China

No one understands why this is happening but a herd of 15 elephants have trekked all the way from a nature reserve. They have now trekked 300 miles since spring last year—and have since rampaged through cities on the way, causing more than $1.1 million of damage. Point to note: The elephants are a protected species in China and will not be “punished” in any way for this event. Also this:

“Animal experts told Xinhua news agency that it is unclear what has motivated the elephants' migration, which is the longest ever recorded in China. But they said it is possible the pack leader 'lacks experience and led the whole group astray'.”

Daily Mail has the most details and photos. The Guardian has this video report below.

In other animal-related news: A wildlife photographer has taken the first ever photo of the Koklass pheasant in Arunachal Pradesh. Ok, so the photo doesn’t look like much but The Hindu explains why this is such a big deal. 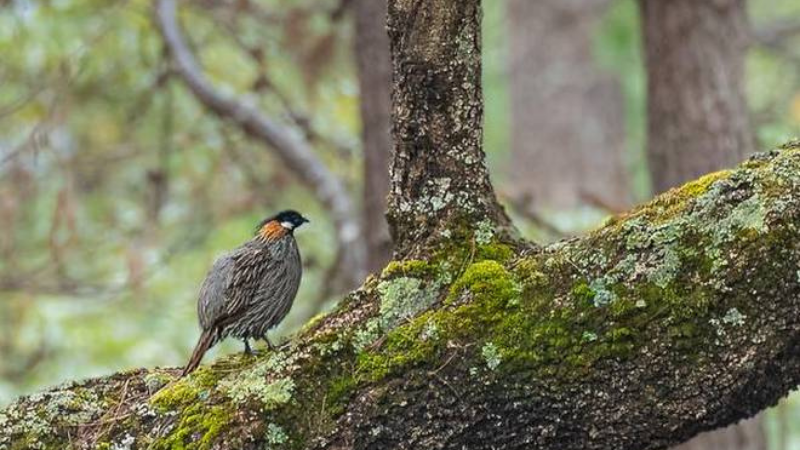 During our birthday month, we are marking each day by thanking those who have done the most to help us survive and thrive. We want to say a big thank you to Maya Chandrasekaran and Vaneesha Jain—who have helped us greatly by sharing their referral links far and wide. And we also want to acknowledge a fresh list of our earliest founding members who funded our launch: Lahar Appaiah, Yashika Singh, Anisha Kunder, Sneha Ratakonda, Devanshi Jain, Joyjayanti Chatterjee, Prachi Patil, Ameera Ali Soni, Kaustubh Khade and Radhika Ghose. We are truly grateful for your support!