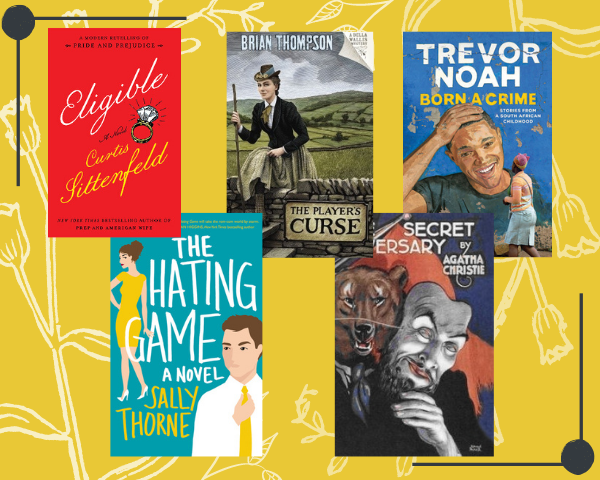 It’s hard to believe that we’re already reaching the halfway mark of this baffling year. If I could just go hug my friends, I would probably feel fifteen times better. But in the time it will take for that distant dream to realise itself, I’m going to go live inside a book. Maybe so should you.

One: The Guardian has the delightful story of a woman called Martha Lloyd, who lived with the Austen family (!), and her “household book” containing recipes, giving us a glimpse into what Jane loved and ate and decided to include in some of her books. I was thrilled to note that she had a soft spot for cheese toasties, just like the rest of us.

Two: Longreads looks at the inherent gender bias in the business of celebrity memoirs, pointing out stark distinctions between what is expected of women when they tell their stories (everything, ugly or not), versus what is expected of men (whatever they choose to talk about). It is bleak, and goes to show that women are still expected to have their full lives on display to get anywhere, even if it is in the most subtle of ways.

Three: On CrimeReads, bestselling author of a number of sports-focused thrillers—Megan Abbott talks about the craft, including what she keeps on her writing desk (there are pictures!), her superstitions, and making weird choices while writing. Insightful and inspirational.

Four: It might sound ideal and romantic that two artists in the same field should marry (or become a couple) and thrive, but the reality is often a lot more complicated. In New York Times, a look at some of these “creatively charged” partnerships, their pitfalls, and the art such unions give birth to.

Five: In LitHub, a rejection of the concept of “guilty pleasure” reading and why associating it with a lack of “positivity” and “productivity” is a fallacy: “I think the pervasive demand that people—especially female people—be productive and positive produces the majority of the guilt and shame we experience. I can’t condone advice to smile more or work harder. The only general advice I can get behind is along the lines of ‘travel abroad’ or ‘take a bath’—means to no clear end or product beyond themselves. Travel because other places have better food and different languages. Take a bath because the point of a bath is the bath.”

Six: Comic book adaptations are giving us the chance to see some of our favourite characters come to life. But how accurately are they cast in terms of their “original” racial identity? Book Riot talks about “racebending” superheroes in adapting to the screen, and does an in-depth analysis of data available between 2001–2021. It is a fascinating read, and goes to show how Hollywood still has a long way to go.

As I was putting together the list of links today, I realized I could associate each of them with one book or another. As a result, here are some recommendations based on today’s readings:

A Jane Austen book: I’ve always enjoyed the idea of modern-day adaptations, and Austen gets a lot of them. I’ve read a few, but perhaps the best one has been Curtis Sittenfeld’s ‘Eligible,’ which imagines Lizzie as a magazine writer in her late-thirties in Cincinnati and Darcy as a neurosurgeon. It is DELICIOUS.

Crime and sports: A female detective having a career as a successful crime novelist under a male nom de plume trying to figure out her fiancé’s shadowy secret sounds amazing as it is. But ‘The Player’s Curse’ by Brian Thompson takes our heroine Bella Wallis to the legendary cricket ground, the Oval, where she comes across a curse laid on cricketer WG Grace. How all of this ties together makes the book one hell of a read.

A celebrity memoir: I’ve read quite a few of these too, mostly women, but the one man who does a tremendous job of baring his life to his readers is Trevor Noah. ‘Born A Crime’ revolves around Noah’s childhood in apartheid South Africa and his journey to becoming the star of the Daily Show. It is also a love letter to his mother, which is perhaps the most moving aspect of the book. An absolute must-read.

Couples in the same field: I’m probably cheating, because the book I thought of isn’t written by an artistic couple but is about one. Tommy and Tuppence are perhaps the most underrated Agatha Christie creations, but they are adorable, work brilliantly together, and are detectives, which makes everything so much better. Please go get yourself a copy of ‘The Secret Adversary’ if you don’t already own one. It’s their origin story and it makes for giddy, happy, thrilling reading.

A not-so-guilty pleasure: Honestly, I feel bad that romance, especially of the smutty variety, gets a bad rep and is most associated with guilty pleasure. Please go read all romance which deals respectfully with all parties involved, and to start you off I’d say give ‘The Hating Game’ by Sally Thorne a shot.

Race and comic books: I’ve recommended the audiobook before, but I’ll point you to ‘Sandman’ by Neil Gaiman, the graphic novel this time, mostly because Gaiman deals with identity in its many forms very well, but also because the latest casting announcement for its screen adaptations has a lot of “fans” up in arms about the character of Death being cast as a black woman, completely missing the point of everything.