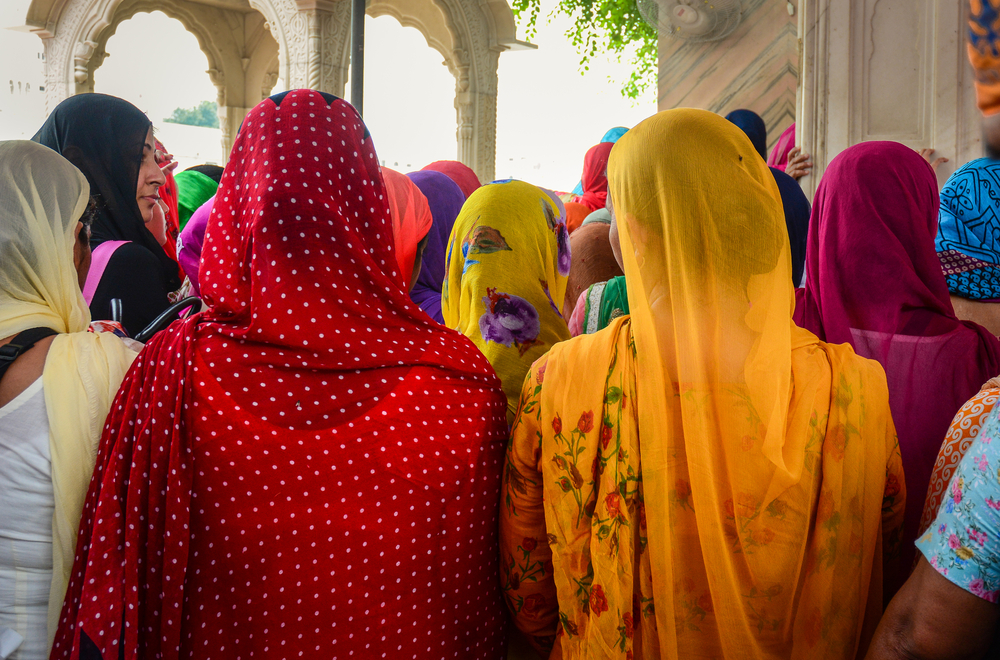 Editor’s note: We’ve been working on kickstarting a community for our founding members and subscribers. We took a long and careful look at Discord, and decided not to go with that platform. The reason: Most people are not on the app. You’d have to download something new and then figure out how to navigate it. So we have four other possible options: WhatsApp, Facebook, Slack and Clubhouse—where the experience would be more discussion/event driven. It would be very helpful if you quickly voted for your preference here. We will kick this off the moment we have a winner.

A ‘love jihad’ firestorm in Kashmir

The TLDR: Sikh leaders from Delhi have been leading angry protests in the state, claiming that Sikh women are being kidnapped and forcibly converted by Muslim men. But the evidence in the case that triggered the row is suspiciously weak—and quite frankly, so is the media reporting. Here’s what we could piece together based on the little that is out there.

Tell me about this case...

Last week, parents of an eighteen-year-old named Manmeet Kaur filed charges that an as yet unnamed 29-year-old Muslim man had kidnapped their daughter. The man was arrested on Saturday, and Kaur was handed over to her parents.

Point to note: When presented in court to record her statement, Kaur reportedly told the judge that she had married the man of her own free will. And according to the police, she has not converted to Islam.

Umm, so why are Sikh leaders protesting?

Good question. The protests led by local leaders kicked off on Sunday—after the announcement of the arrest—and intensified with the arrival of leaders from Delhi such as Shiromani Akali Dal leader Manjinder Singh Sirsa. The rhetoric also became far more heated. Sirsa declared:

“We have been protesting for two days. Four girls have been forcibly converted including an 18-year-old who was married to a middle-aged man and it was said she was married according to her own will.”

“We will not tolerate forced nikah and conversions of Sikh daughters living in Kashmir who are forced to marry elderly of different religion. Sikhs living in J&K urge for a law that mandates permission of parents in inter-religion marriages.”

And he claimed to have personally spoken to the Home Minister:

“Home Minister Amit Shah has assured us about the safety of minority Sikh girls in the valley and that the girls would be soon returned to their families. He has given time to meet the Sikh delegation soon to discuss their concerns."

And are there other cases?

The police aren't aware of any. And local Sikh leaders know of only two—and neither qualify as cases of kidnapping or forced conversion.

Case #1: Initial reports claimed that two women had been abducted at gunpoint. And soon after a video clip surfaced—where a woman identifies herself as the other ‘abductee’ Danmeet, and denies any kidnapping. She claims that she chose to convert in 2012 and married her husband in 2014—and yet her husband was arrested earlier this month, and she was handed over to her parents. Danmeet points out that she is “29 year old girl and not a child,” and says: “Don’t bring the religion and minority into it, I know my rights that the Supreme Court of India has given me.” Watch her below (FYI, as with all viral videos, this one hasn’t been verified):

Case #2: Viran Pal Kaur married Manzoor Ahmad Bhat in January, and approached the Jammu and Kashmir High Court seeking protection from harassment from her family—who have lodged a complaint against Bhat in Jammu. The judge ordered the police to ensure that the couple will not be harmed or harassed and “be allowed to live their married life the way they like and protect their rights in terms of the guarantee as enshrined by the Constitution of India.”

No one has any clue which fourth case Sirsa is referring to.

Big point to note: Sikh leaders are now demanding an anti-conversion law in J&K similar to that implemented in Uttar Pradesh and Himachal Pradesh (explained at length here). It states:

“[N]o person shall convert or attempt to convert, either directly or otherwise, any other person from one religion to another by use of misrepresentation, force, undue influence, coercion, inducement or by any fraudulent means or by marriage; nor shall any person abet or conspire such conversion.”

More alarmingly, it places the burden of proof on the accused—in this case, the spouse who allegedly ‘caused’ the conversion, and the woman’s claims about consent have no weight:

So this is just political then?

It isn’t clear what the Delhi-based Sikh leaders hope to achieve—or what agenda they are promoting. Shiromani Akali Dal left the NDA alliance last year, but its leaders joined hands with the BJP over this issue. After the dust settled, a local Sikh leader said:

“The situation has cooled down a bit… They (Sikh leaders from outside) have left after starting a fire… They made provocative statements. We (local Sikh leaders) will address the media tomorrow.”

The bottomline: Yesterday, Manmeet Kaur was married to a Sikh man in surprising haste. Akali Dal leaders changed their story and claimed “there was no previous marriage.” Sirsa gleefully shared photos of the newly weds, tweeting:

“Paying obeisance at Gurdwara Sri Bangla Sahib with Manmeet Kaur, the Sikh daughter from Kashmir who was forcibly converted. But her family fought for faith and got her back. Manmeet Kaur has come to Delhi to take Guru Sahib’s blessings and thank the Sangat for their support.”

Well, they say a picture is worth a thousand words… 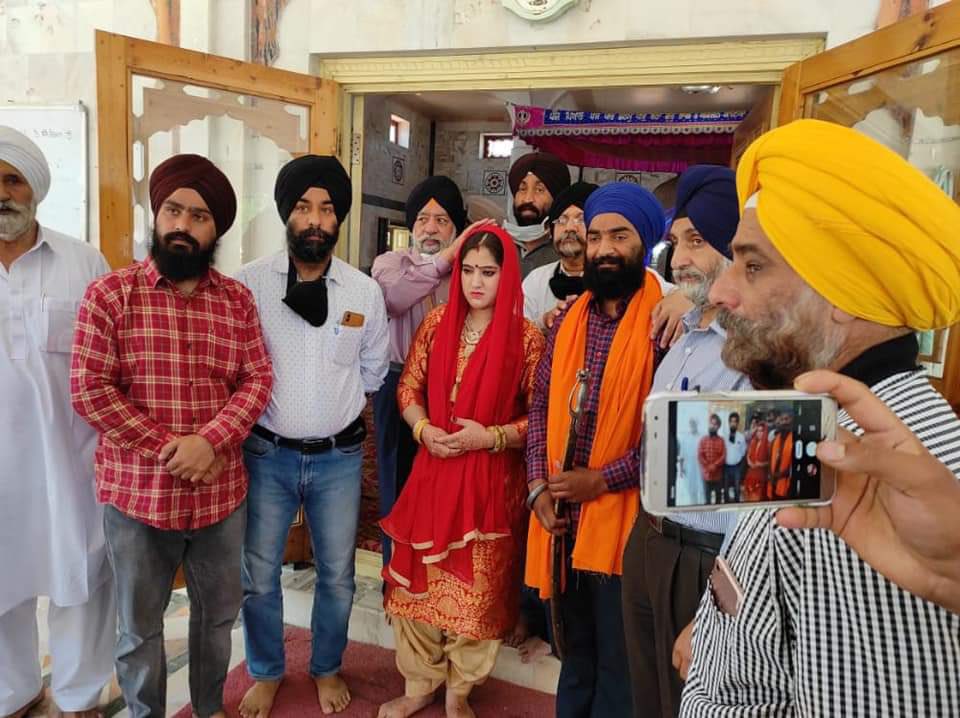 As we said, the reporting on this case has been fairly poor. Indian Express has the latest details, and Firstpost has a good overview. For a more political take, watch The Wire’s Arfa Khanum Sherwani discuss the case with senior Kashmiri journalists Gowhar Geelani and Shakir Mir and social worker Kanwaljit Kaur.