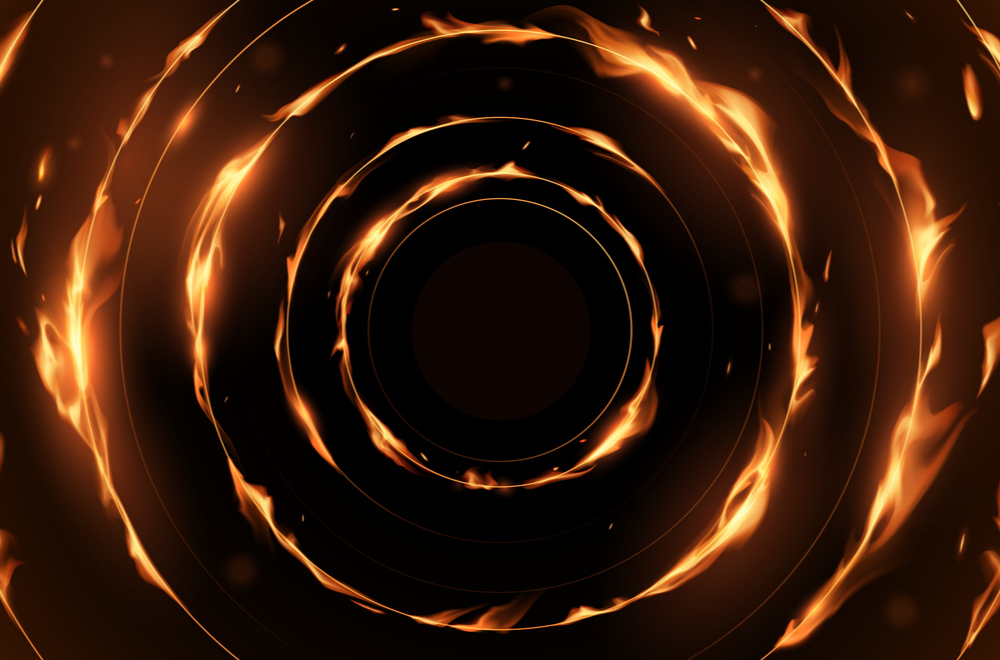 Yup! The world is a shitshow! So we’re very grateful to subscriber Sowmya Swaminathan for sending along this amazing 60-second . She says:”I usually don't like meditative tools but this is such a beautiful calming sanity break type thingy that helps one center themselves.” We agree!

A BIG CLIMATE SUMMIT Yesterday was the first day of a two-day summit on climate change hosted by the United States. In attendance: 40 world leaders, including the Pope. Here are some of the commitments made by various countries:   * The US reducing greenhouse gas emissions by 50-52% below its 2005 emissions levels, by 2030. * Brazil asked for more funds to execute its plan to reduce deforestation and carbon emissions by 2030. * Japan promised to cut greenhouse gas emissions from its 2013 levels, by 2030—which is a big upgrade from the 26% pledged back in 2015.  * South Korea plans to go carbon neutral —and phase out coal-powered plants.  * China will the increase in coal consumption until 2025, and actively reduce it between 2026-2030—which implies that its consumption will peak in 2025. * India a joint India-US energy and climate partnership but did not make any new commitments—pointing out that its targets are already compatible with the Paris Agreement’s goal to limit global warming to 2°C.   A DEADLY BLAST IN PAKISTAN A at Quetta’s Serena hotel has left five dead, and 11 injured. Saved by a whisker: The Chinese ambassador who was scheduled to arrive at the building minutes before the blast. The Pakistani Taliban, or the TTP—Tehrik-i-Taliban Pakistan have taken credit—and said a suicide bomber had intended to strike a meeting of “locals and foreigners” at the hotel. But officials say it was more likely a car bomb. Why China may be a target: Beijing has taken on a number of big infrastructure projects, including a seaport, in Balochistan—which is Taliban territory. See an below. ()   TOKYO OLYMPICS SAY NO TO KNEELING The International Olympic Committee (IOC) is sticking with its rule that any “demonstration or political, religious or racial propaganda” is a big no-no at any venue—be it inside stadiums, at ceremonies or on podiums. What they define as ‘propaganda’: taking a knee or raising a fist in support of racial equality. To be fair, the decision was taken after consulting 3,500 athletes—and 70% voted against changing the rule. ()   In other Olympics-related news: The Tokyo games has reported its first Covid case: A cop assigned to assist with the torch relay. The good news: He wore a mask and had no contact with the runners. ()    A LITERARY SEXUAL ABUSE SCANDAL Here’s an ironic twist to a sorry literary tale. Blake Bailey is the author of the first authorised biography of the legendary Philip Roth. And the book was the first to directly tackle Roth’s “breathtaking tastelessness towards women.” But now Bailey has been accused of sexually harassing high school students—while he was their teacher! They claim he ‘groomed’ them, then lured them into sexual relationships after they graduated. One of them has also accused him of rape. As a result, the publisher has pulled his book, and he’s been dropped by his literary agency. has more details.   In other writing-related news: Astronomers have been on a black hole spotting spree, and we now know that they “are ubiquitous.” And we will be discovering a greater number of them when the next generation of gravitational-wave antennas are deployed. So now astronomers have a grammar problem: What is the right collective noun for black holes?    > “There are gaggles of geese, pods of whales and murders of crows. What term would do justice to the special nature of black > holes? A mass? A colander? A scream?... The question was crowdsourced on Twitter recently as part of what NASA has begun calling > black hole week (April 12-16). Among the many candidates so far: A crush. A mosh pit. A silence. A speckle. A hive. An enigma.” Our favourite: a ‘void’ of black holes! Just perfect! ()   PERSEVERANCE MAKES OXYGEN!   The rover stripped oxygen atoms from CO₂ molecules in the Martian air to produce nearly 5 gms of the life-sustaining stuff—which is about how much an astronaut would use up in 10 minutes. But it’s still a huge achievement: > “Moxie isn’t just the first instrument to produce oxygen on another world, it’s the first technology of its kind that will help > future missions 'live off the land', using elements of another world’s environment, also known as in-situ resource > utilisation.”    has more details on how Perseverance managed this feat.   Also an amazing feat: Scientists have found a way to melt plastic bags and bottles back into oil! The process is called pyrolysis—which melts down polyolefins that are found in two-thirds of the world’s plastic, including drinking straws, packaging, thermal underwear and cling wrap. Researchers however warn that this breakthrough doesn’t help avert climate change because “fossil fuels, of course, release emissions when you burn them; using a gallon of oil melted down from a bunch of Tupperware won’t change that.” ()   Also very cool: Artificial Intelligence (AI) has for the first time shown that two separate people wrote part of the mysterious ancient Dead Sea Scrolls—in near identical handwriting. The Scrolls contain the oldest known version of the Bible—mostly written in Hebrew as well as Aramaic and Greek, and are believed to date back to the third century BC. ()   BHAI, WE RADHE NOT! Ok, so the trailer for the upcoming Salman Khan flick ‘’ dropped yesterday. And yeah, there isn’t anything surprising about him playing a macho ‘encounter specialist’ or romancing women young enough to be his grand-daughters. Sallu has long been a parody of himself. But this one—directed by Prabhu Deva—promises to outdo the cheesiness of all his previous outings.    Speaking of cool bros: Here are Gary Oldman, Tim Roth, Adrien Brody and Willem Dafoe on the . Yes!

for mothers WFH everywhere. If you care about the story behind this viral video, check out magazine.

SO YOU WANNA WATCH SOMETHING... : Starring Kate Winslet as a local detective, this is a mini-series set in bleak small-town Pennsylvania. Critics unanimously praise Winslet’s powerful and brooding performance, and the un-glossy realism of the series—which also has Guy Pearce as her love interest. Read the reviews over at and .Currently streaming on Disney+ Hotstar.   This series is set against the backdrop of the inquiry into the 1993 Bombay bomb blasts. An investigative officer is murdered, a hotelier is kidnapped and a well-known journalist is being stalked. And both the journalist and hotelier received calls from the same phone number in Kathmandu. The ingredients definitely sound interesting. criticises the confusing start, but says the last few episodes are totally paisa vasool in terms of suspense. Check it out on SonyLIV!   A David Attenborough documentary is always a joy to behold—and listen to. This one promises to be even more of an eyeful as he walks us through three episodes of stunning footage—as the title promises. As puts it, “‘Life in Color’ is for all those who tune in to a nature documentary in the hopes of being dazzled by the majesty on display. It’s as vibrant as its animal subjects, making it easy to identify with the unmistakable note of awe in Attenborough’s voice as he explains exactly what we’re looking at.” Watch it now on Netflix. A LIST OF GOOD READS * covers the many reasons for which animals feign death. Surprise, surprise—it’s not just to avoid getting eaten. Some pretend to be dead in order to trick a potential mate. Talk about phishing!  * Also in the : growing and alarming evidence of the effects of the pandemic on animals. For example: a fish stuck inside a disposable glove. * laments the demolition drive that is the Central Vista Project.  * profiles the work of photographer Taha Ahmad who captured the desire and desperation of people trying to commune with djinns in Feroz Shah Kotla, Delhi.  * has an entertaining read on JLo’s ex  Alex Rodriguez—who has the “weirdest breakup style ever.”  * talks with India’s first intimacy coordinator who ensures the safety of actors during scenes that involve simulated sex, nudity and sexual violence. * Also in : Thanks to the pandemic, employers know far more about our lives at home. Is that really a good thing?  * has a lovely review of ‘Geeli Pucchi’—one of the short films in the ‘Ajeeb Dastaans’ anthology on Netflix.  * Nirupama V. in pens an excellent essay on her experience at a five-day camp for “whiz kids”—as a small town kid who didn’t speak a word of Hindi. * We highly recommend this viral essay on “languishing”—the word that captures the lethargy induced by the long pandemic. * gets dating lessons from Maurice Sanders—a man in the 99th percentile of all matches made on Tinder. * offers a thought-provoking essay on the three equations for a happy life. 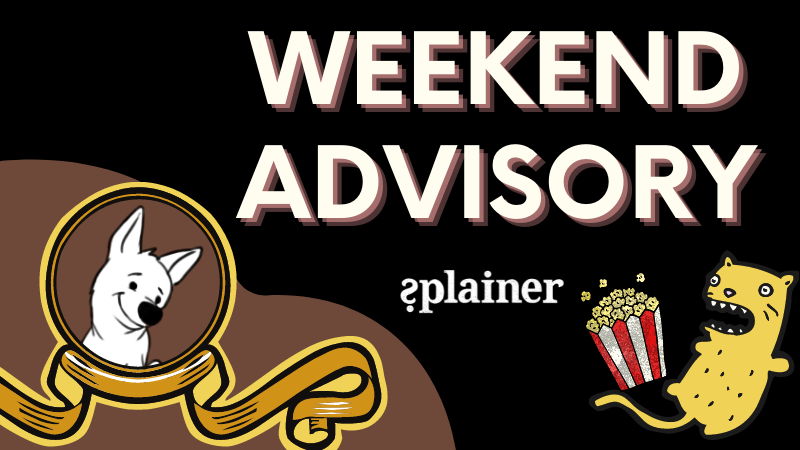