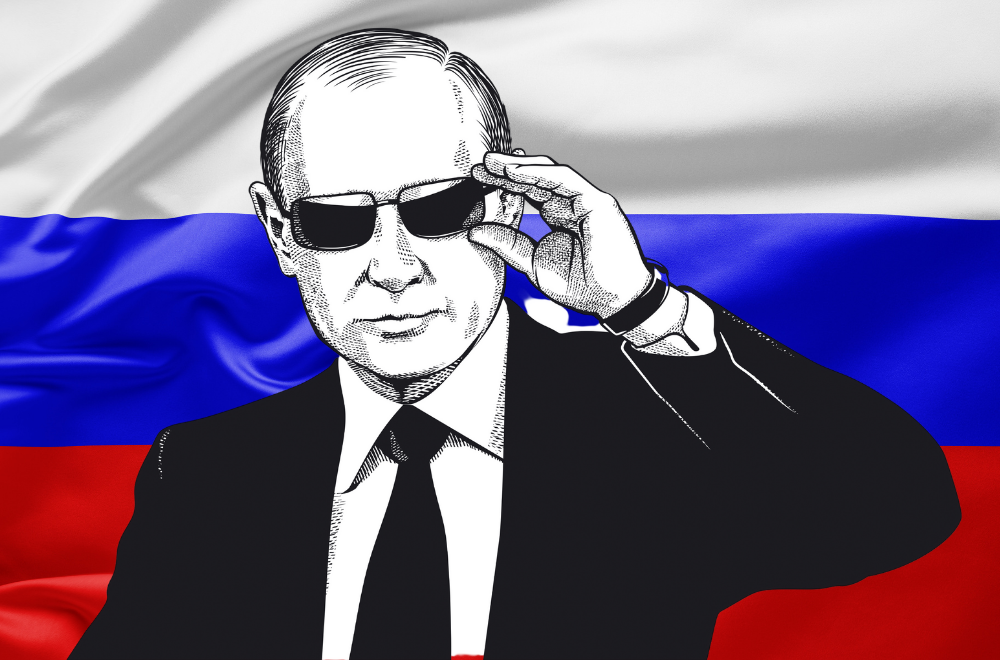 This is a photo of joyous Roma women dressed up for a feast on a Greek island, taken back in 1997. It made us happy. The photographer: .

DELHI POLICE FILES A CHARGESHEET The police have finally filed a 17,000-plus page chargesheet against 15 people in connection to the Delhi violence. The submitted evidence includes transcripts of WhatsApp chats, call records and names of 747 witnesses. Among those accused: Aam Aadmi Party leader Tahir Hussain, and Pinjra Tod’s Devangana Kalita and Natasha Narwal. Not included: Umar Khalid who will be named later in the supplementary chargesheet (we explained ). has more details on the police’s theory on how the conspiracy was hatched and executed.   FLIPKART PLANS AN IPO The Walmart-owned company plans to go public in 2021—and will be listed in either the Singapore or US stock exchange. An unnamed source told : “Flipkart is incorporated in Singapore, but listing in the United States, where parent Walmart is based, could give it access to a deeper pool of funds.” The target valuation: $45-50 billion range. Related good read: Why Reliance Retail isn’t such a great bet in .   THE INDIAN PANDEMIC: A QUICK UPDATE * Serum Institute of India received the to restart the Oxford vaccine trials in India. * military personnel have contracted Covid since the start of the pandemic. Number of deaths: 35. Also : Union minister Nitin Gadkari. * 50% of respondents in a show some signs of anxiety. At least a quarter require medical intervention: “Nearly 27% of the people reported that the idea of self-harm or death had crossed their mind at least once, while 3% reported having such thoughts repeatedly.” The survey was limited to Delhi, UP, Haryana and Maharashtra. * There has been a significant in Uttar Pradesh due to the pandemic. In rural areas, medical personnel and equipment are stretched to the limit. * In the works: a celebration in Ayodhya with MPs and Bollywood actors in starring roles. No, Kangana is not one of them. FYI, there will be no audience: “All episodes will be filmed at the location, Lakshman Quila, and broadcast like a film so that people can watch from the safety of their homes.” * A State Bank of India manager died because he was repeatedly denied leave—even after he tested positive for Covid. The case is triggering outrage across Andhra Pradesh. has this shocking story. * Also read: ’s report on how WFH is changing Indian salary packages. * A good read: offers an up close look at the emotional trauma experienced by seriously ill Covid patients—and the case of 49-year old Amit Sharma: "One day, two patients around me died and their bodies were there for several hours…  just can't get those images out of my head. I still fear Covid might kill me."   MEANWHILE IN THE US… Wildfires pose a new and . Apart from overcrowding at shelters, the smoke makes people more likely to cough and harder to breathe with a mask.    In related news: Scientific American has endorsed a presidential candidate for the first time in its 175-year history. No, it’s not Donald Trump. :   > “The evidence and the science show that Donald Trump has badly damaged the U.S. and its people—because he rejects evidence and > science. The most devastating example is his dishonest and inept response to the COVID-19 pandemic, which cost more than 190,000 > Americans their lives by the middle of September. He has also attacked environmental protections, medical care, and the > researchers and public science agencies that help this country prepare for its greatest challenges.”   Also check out: These eye-popping maps that project what the United States will look like if climate change goes unchecked. In related news: hundreds of thousands of migratory birds are literally dropping dead in New Mexico. The suspected cause: climate change. has this highly worrying story.   CELEBS ‘FREEZE’ OUT FACEBOOK The likes of Kim Kardashian, Leonardo DiCaprio, Jennifer Lawrence, Kerry Washington, and Katy Perry are “freezing” their Facebook and Insta accounts for a day. This is part of the against the company’s unwillingness to crack down on hate speech.   Speaking of the Kardashians: Kanye West has a new plan: to create a startup accelerator for music companies a la Y Combinator. And it sounds like a pretty good idea. has more. But more importantly, he tweeted out of him pissing on his Grammy??!!   BARBADOS SAYS GOODBYE TO THE QUEEN The commonwealth nation plans to remove Queen Elizabeth as its head of state and become a republic. Currently, the British monarchy is the titular head of 15 nations—and shedding the royal yoke is fairly rare. The last nation to do so: Mauritius in 1992. But here’s the line in the announcement that’s raising eyebrows: “The time has come to fully leave our colonial past behind."    take:   > “In the context of the Black Lives Matter movement, it will be interesting to see if this sparks wider political pressure on > other Caribbean governments to go the same way. > > And if this happens, and the removal of the Queen as head of state is placed on a par with, say, the removal of a statue of a > slave trader, then that could pose difficult questions for both the British royal family and the Commonwealth.”    ALSO: HAPPY BIRTHDAY MODI-JI Yes, it is our prime minister’s birthday today—he turns 70. We think it’s an excellent opportunity to poke a little fun at him. Think of it as a ‘’... lol!

was a mahasiddha—a great Buddhist adept—who lived in present-day Bengal around the turn of the 11th century. We stumbled upon his —and they may be exactly what we all need to hear right now. (h/t )   Don’t recall. Let go of what has passed. Don’t imagine. Let go of what may come. Don’t think. Let go of what is happening now. Don’t examine. Don’t try to figure anything out. Don’t control. Don’t try to make anything happen. Rest. Relax, right now, and rest.

.   . Bonus: of three women doctors—from Japan, India and Syria—taken in Philadelphia back in 1885!

READING HABIT EDITOR’S NOTE This week, newest splainer trainee, Prasanna, curates the latest book releases and a list of delightful literary reads. Also: we’d love to hear your suggestions on what you’d like to see in this section. Please email us at talktous@splainer.in with your comments and suggestions. BOOKS RELEASING IN SEPTEMBER * : Lizzie Benson is a full-time librarian as well a fake shrink in her free time. An opportunity to use this ability has her ecstatic, but the questions that haunt people she ‘talks’ to leaves her questioning if she can really make much of a difference. A good read for the troubling times, this Women’s Prize for Fiction shortlisted book is a must-read. (September 1, 2020) * : The king of vocabulary, Shashi Tharoor, brings us this fun-filled book with unusual words from every alphabet. Be free of your Sesquipedalophobia and get ready to impress! (September 1, 2020) * : With the abolishment of Article 370 and passage of CAA and NRC, Arundhati Roy feels the need to calibrate the meaning of ‘Azadi’ (Freedom). In a series of electrifying essays, she implores us to do so. (September 3, 2020) * : From successful stories of start-ups to the not so successful ones, this eye-opening book addresses the issue of raising money in a post-COVID world. (September 14, 2020) * : Ken Follett’s magnum opus —a historical fiction set in 12th century England—gets a worthy prequel in this fascinating book we cannot wait to read! (September 15, 2020) * : Susan Fowler tells the story of her fight against sexism and sexual harassment that lead to the ousting of Uber’s CEO. (September 15, 2020) * : Christopher Paolini of is back, this time with a story of outer space, where our protagonist finds a relic that is more trouble than worth. (September 15, 2020) * : In a heartwarming tale of love, Karuna Ezara Parikh reveals how relationships can transcend nationality and religion, and give people the strength to confront the most complex problems. (September 21, 2020)   Brandon Taylor’s  (a Booker Prize nominee), Ali Smith’s , and Nicholas Sparks' are also releasing this month. Ready your pockets!    A FAB LIST OF LITERARY READS  * See which literary character climate activist Jane Fonda would love to have a dinner party with, and how she arranges her books in this .  * why the once mighty Goodreads is not so popular anymore.  * about the ‘painkili sahithyam’ (pulp fiction), a genre in Malayalam literature. * Did you know a generation of Telugu readers grew up reading Soviet children’s literature? this article for book recommendations.  * to Megha Majumdar talk about her book ‘A Burning’, the life of a writer and how she managed to write a book with three POVs.  * this brilliant ‘side by side comparison’ of both the trailers of the Dune films. It is an intriguing study of how filmmakers choose to adapt a book.  * this fascinating article on how two Bengali intellectuals clashed over vegetarianism in Hindus.  A LIST OF CURIOUS FACTS One: Nana-ji’s is currently the height of fashion.   Two: Someone created a anal vibrator—and linked it to a Twitter poll: “Vibration intensity is controlled by the poll. Liking the tweet means 10 more seconds of vibration. Retweeting means 30 more seconds of vibration." Umm, okay then.   Three: America’s motto ‘e pluribus unum’—“out of many, one”—was filched from Virgil’s . Four: Taco Bell is rolling out a custom-made wine ‘’—best paired with its Toasted Cheesy Chalupa. It is sadly only available in Canada. But you can enjoy the to the 9,000-year history of alcohol below instead.   .   . Bonus: of three women doctors—from Japan, India and Syria—taken in Philadelphia back in 1885!