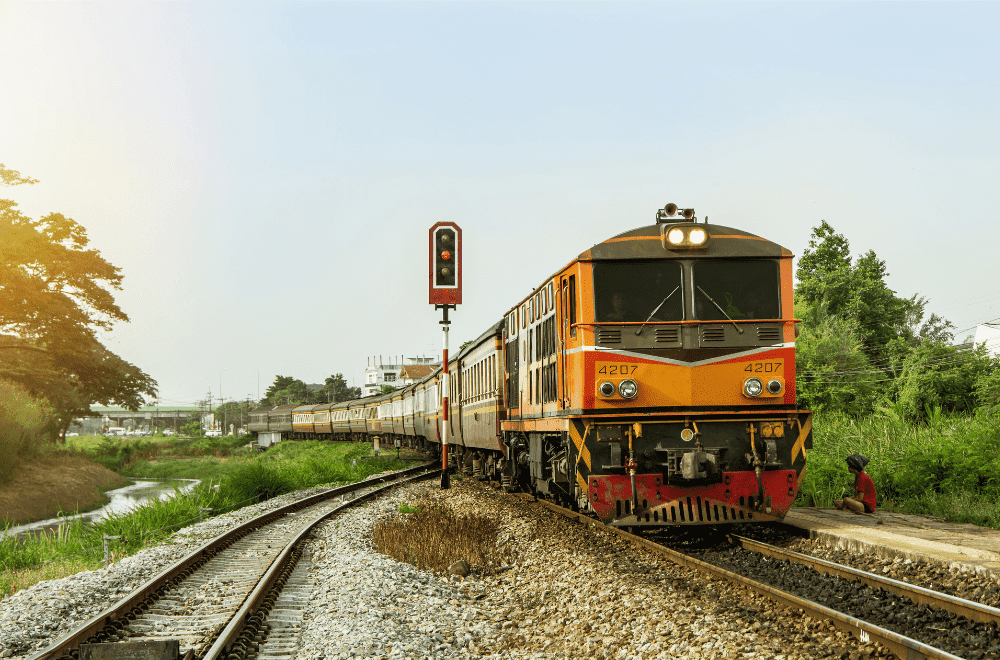 The Supreme Court ordered a stay on the eviction of 50,000 people from a disputed piece of land in Uttarakhand—which is being claimed by the Indian Railways. What’s striking about this case is not the court battle per se, but what it reveals about property rights in India.

The High Court order: On December 20, the Uttarakhand High Court ordered the demolition of 4,500 buildings near the railway station in Haldwani—spread over 29 acres. According to the order, the land belongs to the Indian Railways, and the residents have to get out. It used notably harsh language—directing authorities to “use the forces to any extent” to evict the “unauthorised occupants.” On December 30, local authorities issued a public notice to residents asking them to vacate their homes.

The protests: Ever since, the community—which is primarily Muslim and poor—has been staging daily protests and candlelight vigils. Women have been at the forefront of these demonstrations—drawing comparisons to Shaheen Bagh. See a clip below:

The Supreme Court stay: Yesterday, the Court issued a stay on the High Court order. It directed the union government to assess the merits of each residents’ claims—and provide rehabilitation to all:

The court said the issue has a “human angle”... A balance had to be struck between Railways’ need to develop the land and the families right to live with dignity. The rights of the families on the land had to be examined. Even those who have no rights, but have been living there for years, need to be rehabilitated. “They cannot be uprooted overnight from the land... Somebody has to go into the need for rehabilitation while recognising the need of the Railways,” Justice Kaul said.

In other words, the residents have earned a temporary reprieve for now. However, the land remains under dispute—as it has been for decades. Nothing has changed. It depends on the government whether it will follow the directive of the Court or shoves the entire issue onto the back burner.

Why is this land suddenly a big deal?

The Haldwani dispute has periodically bubbled to the surface—and died down just as quickly. What’s notable is the active role of the courts—which have been egging the government to evict the residents since 2007. Here’s a quick timeline with interesting twists and turns.

2007: Uttarakhand became an independent state in 2000—and got its own High Court in Nainital. A member of the state bar association moved from Allahabad—and lobbied for a train that connected directly to his hometown. The Indian Railways turned down his request claiming that a) it didn’t have enough land for a new line and b) 29 acres of its land were illegally occupied. It filed an affidavit demanding the return of the land—but everyone seemed to have forgotten all about it.

Point to note: The BJP became the ruling party in the state for the first time.

2013: A person named Ravi Shankar Joshi filed a petition appealing for an investigation into the collapse of a local bridge. The court appointed a commissioner to investigate the matter. Two years later, he pointed the finger at the residents of Haldwani—claiming that “encroachers” living close to the railway track near Haldwani station were engaged  in illegal mining—which in turn caused the bridge to collapse. This is now 2015. The Court once again summoned the Railways—which once again claimed “encroachment” on those 29 acres.

Point to note: The Congress is back in power after a closely contested election in 2012.

2017—part 1: Frustrated with a High Court hell-bent on evicting them, the residents went directly to the Supreme Court. Their lawyers laid out all the documents—including government leases awarding the property to its residents. They also pointed out that these were not temporary shacks:

The petitioners further said the entire area contained permanent structures — including schools, colleges, health centres, houses, commercial sites and religious place, such as mosques and temples — and the occupation on it has been continuing from a date before the country’s Independence.

The Supreme Court ordered the residents to file individual petitions—whose validity should be determined by a district court. In other words, each of their claims need to be heard and assessed fairly.

2017—part 2: In response, the High Court appointed an estate officer to assess the claims. He concluded—“allegedly without referring to any source”—that the land belonged to the Railways, and was being occupied by “encroachers.” But here’s the kicker: eviction notices were sent to residents living across 78 acres—not just the disputed 29 acres.

Point to note: the BJP staged a comeback in the 2017 elections and has since remained in power.

2022: There were no hearings around the eviction notices thanks to the pandemic. The Railways wrote to the district magistrate—letting him know that all the claims had been dismissed ex parte (without the parties present). And it demanded assistance for the eviction of the “illegal occupants.” This in turn triggered a High Court petition challenging this move—which brings us to the eviction order issued in December.

So what did I learn from all this?

That property rights in India are infinitely fluid—especially those of the poor. Most of these families have been paying property taxes—an acknowledgement of ownership. Many have leases from the government—some dating back to 1937. Others claim they bought the property when it was auctioned after Partition. And it may well be that at least some of the residents have no papers at all—which is hardly surprising in India. All the Railways has are some old maps, a 1959 notification and 1971 revenue records—none of which definitively establish its ownership, either.

Point to note: There are 814 hectares of railway land that are being “illegally occupied” in the country right now—most of them next to the train tracks. In recent years, authorities in Assam and Gujarat have carried out mass evictions to reclaim Railway land. This isn’t happening just in Haldwani.

The main takeaway: Setting aside all the political din surrounding Haldwani, this case is really about an arbitrary line between what is legal and illegal—a line deliberately blurred by the Indian state. As Sanjay Srivastava writes:

That the modern history of land in India is a history of blurred distinctions between illegality and legality that the state itself generates and maintains. It is also a cautionary history of the selective manner in which the state deals with different sections of the population, making democracy a movable feast rather than a consistent system of governance and citizens’ rights.

We are left debating “evidence” in Haldwani—even as illegal construction spreads like a weed across the country. And the greatest beneficiaries are often the rich:

In those parts of our cities where, for example, land zoned for agricultural purposes has been converted to luxurious “farmhouses”, the bulldozers seem to lose their way. These areas eventually transform from being “unauthorised” to “unauthorised regularised” and finally to that most coveted of all the Kafkaesque urban categories of existence, “authorised.”

Data point to note: Between January 2021 and March 2022—a peak for the second and third waves of Covid—around 60,000 homes of low-income families were bulldozed across the country. Over five years, one million Indians have been evicted from their homes.

The bottomline: In India, all property belongs to the government. It can recognise, invent and remove property rights at its whim. Haldwani is just one example.

The Wire and Newsclick have good overviews of the history of this case. Also in The Wire and The Quint: voices of the residents—some of whom claim they are being targeted for their religion. Gautam Bhatia has all the legal gyaan you need on housing and evictions.