According to a Washington Post exclusive, the Biden White House is telling Ukraine to be open to returning to the negotiating table. In classic diplomatic doublespeak, US officials claim they are not pushing President Zelensky towards peace talks—but want to ensure “Kyiv maintains the support of other nations facing constituencies wary of fueling a war for many years to come.” As one official puts it: “Ukraine fatigue is a real thing for some of our partners.” Zelensky had previously ruled out negotiating with Moscow as long as President Putin remains in power.

The India angle: According to the New York Times (splainer gift link), India has quietly played a critical role in persuading Russia to be more accommodating. Example: agreeing to a deal that allows wheat exports out of Ukraine—and dialling down the threats to use nuclear force. With External Affairs Minister S Jaishankar travelling to Moscow today, many Western leaders hope that New Delhi can coax Putin to consider ending the war. Point to note: Zelensky rejected PM Modi’s offer to play peacemaker last month.

Point to remember: New Delhi may be happy to play broker, but it will not push Moscow beyond a certain point. Russia is already our #1 military supplier. This weekend, it became the #1 source of our oil—accounting for 22% of our imports, beating out Saudi Arabia and Iraq. And that doesn’t make Kyiv happy either. (Economic Times)

A bloodbath at Meta?

According to the Wall Street Journal, the company is getting ready to fire large numbers of employees—which would be the first significant layoff in its 18-year history. It is expected to affect thousands of the 87,000-strong workforce. The cost-cutting measure is inevitable given the company’s declining revenue numbers. Meta’s stock has fallen more than 70% this year. What remains to be seen: whether these layoffs will target the company’s metaverse teams. This was Mark Zuckerberg’s big bet—which has cost the company $15 billion since the beginning of 2021. And neither his investors nor consumers seem impressed. The number of users on its virtual-reality platform, Horizon Worlds, has fallen to 200,000. (Wall Street Journal)

Netherlands beat South Africa by 13 runs in a historic upset—giving the world a fabulous underdog story to remember. The victory also gave India an unexpected gift ahead of its match against Zimbabwe—a free pass to the semi finals. We eventually cruised to a 71-run win, ending up at the top of our group. The big highlight: a smashing 61-run knock by Suryakumar Yadav. India will now face England on November 10. Since Pakistan qualified for the other semi against New Zealand, everyone is already talking about an India-Pakistan faceoff. Indian Express has a nice profile of the Netherlands team—which is made up of immigrants and semi-professionals. The Telegraph looks ahead to the semifinal.

In unhappier World Cup news: Sri Lankan batter Danushka Gunathilaka has been charged with rape of a 29-year-old woman in Sydney. He was arrested and denied bail. Gunathilaka had retired hurt in the middle of the tournament but remained in Australia with the team. (BBC News)

A critical UN summit kicked off on Sunday in Egypt—bringing together 190+ countries to discuss critical next steps to avoid catastrophic global warming. What’s notable: for the very first time, they will talk about “loss and damage”—where developed countries offer financial support to developing nations that are most vulnerable to climate change. But there’s a catch. The agenda will not include any discussion of “compensation and liability” since that would require wealthier nations to take responsibility for their emissions. The Telegraph has more on why this is important to India. BBC News explains why the summit matters.

The context: As you may know, the UK government has been leaning on all businesses to cut ties with Russia—in accordance with Western sanctions. Around eight months ago, Rishi Sunak came under fire for Infosys’ presence in Moscow. The reason: his wife, Akshata Murty, owns 0.91% stake in her father Narayana Murty’s company, which earns her $13 million every year. At the time, Infosys announced that it would start “transitioning” its employees out of the country—and declared “we don’t have any plans going ahead” to do business with Russian clients.

What happened now: A new Guardian investigation shows that Infosys is still operating in Moscow—where it retains a staffed office and is paying subcontractors to carry out IT services for a global client. Infosys, however, insists that it is still in the process of “transition.” But that has not cut any ice with Sunak’s Labour rivals who declared:

“The prime minister’s tough talk on sanctions on Putin is compromised by his private conflicts of interest. When he was chancellor Rishi Sunak ordered UK businesses to reconsider any investments that would in any sense support Putin and his regime but he’s utterly failed to get his own house in order.”

Also not helping Sunak: Added criticism from women’s rights groups who point out that key members of his cabinet—including Sunak himself—have either abstained or voted against legislation increasing access to abortion. (The Guardian)

A new study is the first to establish a clear link between serotonin and depression. It shows that the brains of people who are depressed have a lower capacity to release the hormone—which is responsible for modulating our moods.

Why this matters: In July, an influential study had declared that there was no evidence of a connection between brain chemistry and depression—and challenged the prescription of antidepressants. It was an “umbrella review” of evidence collected by 17 large-scale, systematic studies. So this new study challenges that finding, which rocked the psychiatric establishment.

But, but, but: The latest study does not establish a causal relationship between serotonin and depression, either:

“[T]here is not yet conclusive evidence that serotonin abnormalities are the underlying cause of depression and resolving this question is seen as crucial to providing better treatments. The latest paper adds weight to the view that serotonin plays a role and demonstrates a new brain imaging technique that could pave the way to a better understanding of why SSRI drugs fail to help an estimated 10% to 30% of patients.”

The Guardian has more details, while our Big Story explained the findings of the controversial July study.

Moving on to physical health: New research suggests that the best way to build your muscles is not to “lift” weights—but to “lower” them. Typical weight training programs require you to do both. But the study found that participants who only lowered weights increased their muscle cells by 7.8%—while doing half the number of reps—compared to those who followed a traditional routine.

Why this matters: “With the small amount of daily exercise needed to see results, people don’t necessarily even have to go to the gym—they can incorporate eccentric (lowering) exercise into their everyday routine.” We personally think this may be the best news about exercise ever. Independent UK has more on the study.

Another key study to note: This one isn’t that surprising—or controversial. A global study has confirmed that excess drinking—defined as more than 14 drinks/week for females and more than 21 drinks/week for males—is linked to a 57% increase in the risk of having a stroke. But the type of alcohol also matters:

One: Actor-turned-politician Pawan Kalyan took a road trip to a local village—but did it in an eye-catching filmi style. If netas can’t promise to actually govern, the least they can do is entertain, yes? (NDTV) 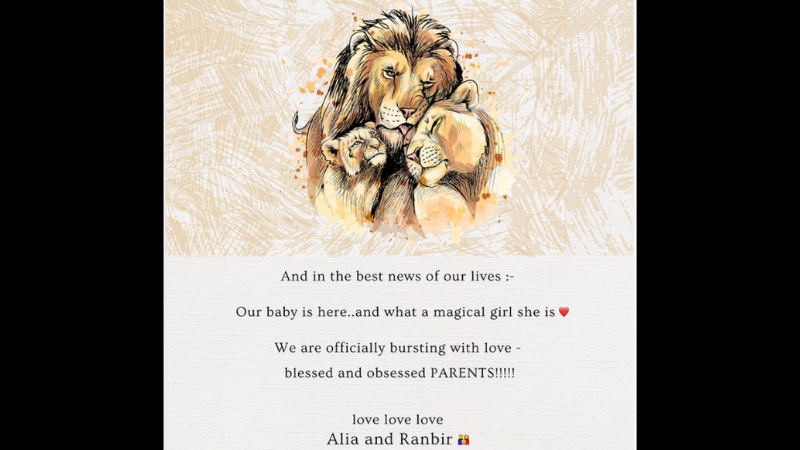