A Bangalore college—Mount Carmel—has ordered an Amritdhari Sikh girl to remove her turban in order to attend class. The college has a dress code and has been cracking down on the hijab—in accordance with the High Court’s interim ban. The Muslim students, in turn, demanded that all other students follow the order. The principal said:

“We have had no issues with the girl wearing the turban so far… We informed them about the order and told them to abide by it. The father responded that it (the turban) is an integral part of their life. We did not want to interfere, but the other girls have been insisting on uniformity and hence we sent the mail.”

Point to note: The student has not been banned from classes. Also read: Indian Express on how the Karnataka government is enforcing the High Court order—despite its claims of not interfering with colleges.

The company showcased a new tool that allows users to build virtual worlds by using voice commands. Example: You can just say ‘let’s go to a park’ to create a 3D version of it. FYI: the response from tech media has been lukewarm. TechCrunch says:

“[W]hile it may be fun at first to speak commands to have objects appear, it’s not a scalable way to build more complex 3D environments. If anything, it could be a fun kids’ playground for an entry-level experience in virtual world creation.”

CEO Mark Zuckerberg showcases how it works in the video below:

A big scandal in climate research

Elsevier publishes many renowned peer-reviewed scientific journals, including the Lancet and Global Environmental Change. But scientists who work at the Dutch company say it has been quietly supporting the energy industry:

“It commissions authors, editors and journal advisory board members who are employees at top oil firms. Elsevier also markets some of its research portals and data services directly to the oil and gas industry to help ‘increase the odds of exploration success.’”

Why these close ties matter: Elsevier is one of the few publishers of peer-reviewed climate research. The Guardian has more details.

About mosquitoes: Every Indian haplessly using coils and sprays to get rid of machhars will totally get this. Scientists have found that female mosquitoes learn to avoid pesticides if they have been exposed to it just once—and survived. What this tells us: “mosquitoes are capable of associating memories with certain objects, cues, and smells”—and that “we have underestimated behavioral changes and learning capabilities in mosquitoes.” Why it matters: Mosquitoes that learn to avoid pesticides will survive longer, and breed more. (Prevention)

About vegetarians: An Oxford University study shows that vegetarians have a 14% lower chance of developing cancer than meat eaters. For pescatarians—who eat fish—their risk was lower by 10%. Also this: Vegetarian women are 18% less likely to develop postmenopausal breast cancer, than women who ate meat regularly (defined as more than five times a week). Vegetarian men are 31% less likely to develop prostate cancer. Important point to note: There is no evidence that regular meat-eating increased the risk of cancer. (The Independent)

About packaging food: A new study shows that wrapping your fruits and vegetables in plastic wrap does not help preserve them. It looked at apples, bananas, broccoli, cucumber and potatoes—all stored with and without packaging and in different temperatures—and concluded that plastic packaging “made little or no difference to their shelf life.” That’s a big factor to consider when we think about reducing plastic pollution. (The Guardian)

One: An untitled 1969 painting by VS Gaitonde sold for $420 million (Rs 42 crore)—making it the most expensive piece of modern or contemporary Indian art in the world. Indian Express has more details on this Mumbai auction. 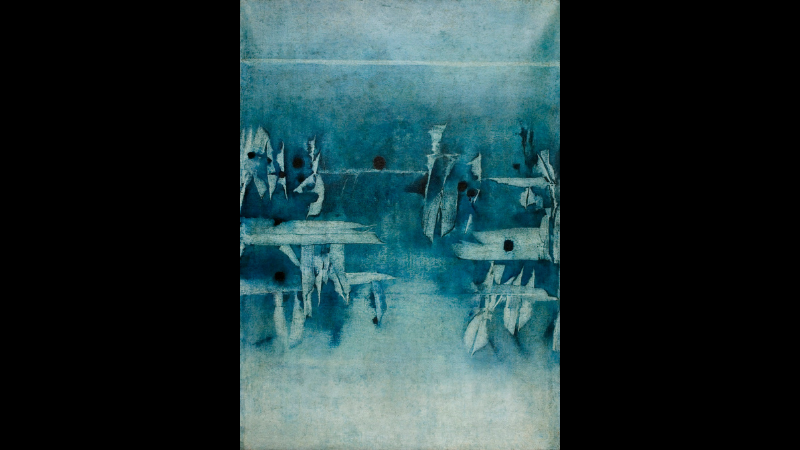 Two: Anti-vaxxers heckled PM Jacinda Ardern as she visited a primary school—and she had to be rushed away. The anti-vaccine movement is getting uglier in New Zealand. Last month, Ardern’s vehicle was chased and forced on to a curb by anti-vaccination protesters calling her a Nazi and yelling obscenities. Her response: it was “just another day.” (The Guardian)

Three: The trailer of a new Netflix docu-series titled ‘The Andy Warhol Diaries’ just dropped. Why it's notable: It recreates his voice reading his diaries using AI. From what we can hear in the trailer, it quite frankly sounds a little robotic—which isn’t to say the series won’t be good. (Mashable)

Four: This one goes out to all the moms we love. After endless vids of children interrupting live TV, we finally get a mother who does a far better job of embarrassing the reporter. Btw, the splainer team endures this parental-bombing every week when recording their podcast—so he fully has our sympathies! (The Guardian)

Five: Sony Pictures pulled off an excellent PR stunt to promote the release of ‘Spider-Man: No Way Home’—which is coming to streaming platforms on March 22. The cool trick guaranteed to drive fans crazy: a photo of Tom Holland, Tobey Maguire and Andrew Garfield recreating an iconic spiderman meme. (Variety) 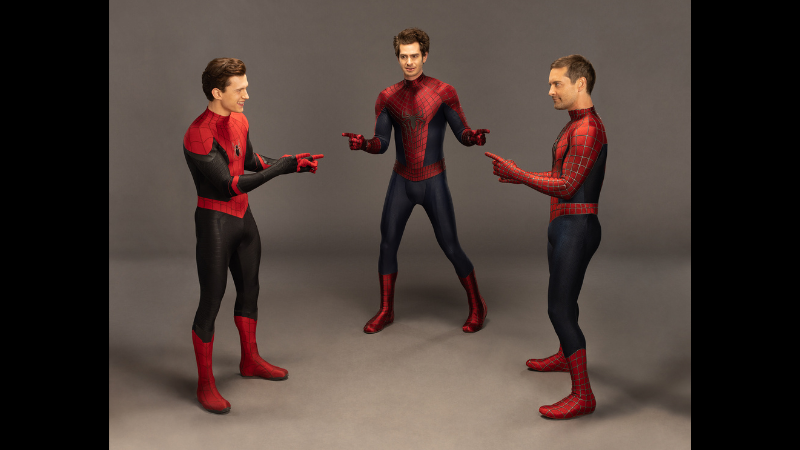