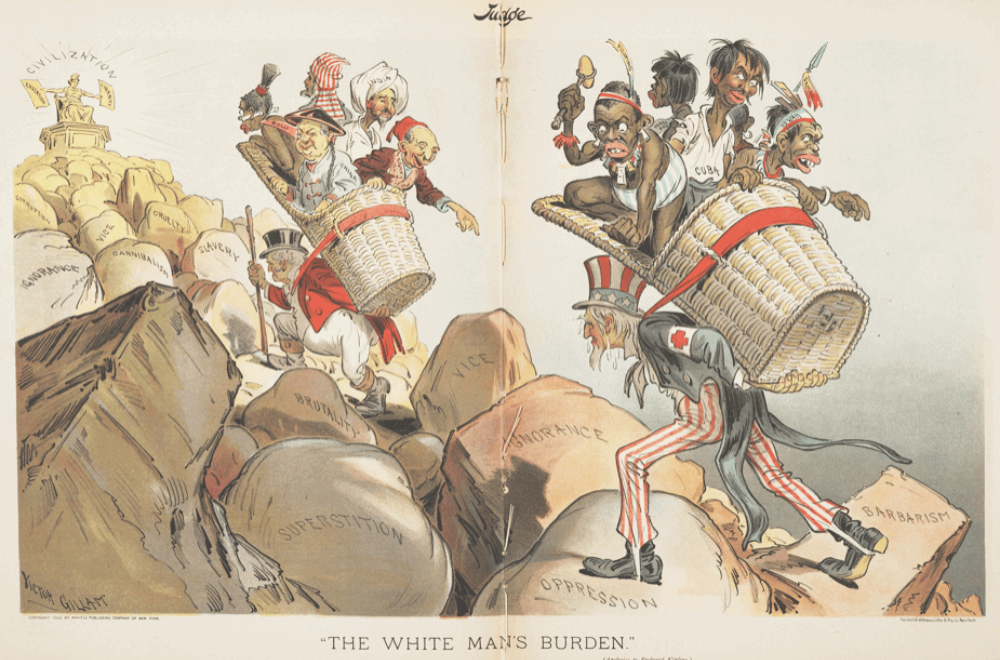 The white saviours of wildlife conservation

In the first part of this series, we explained the controversy surrounding bestselling author Delia Owens—implicated in the killing of an alleged poacher in Africa. Today, we look at the roots of her white saviour complex—which is at the core of this kind of violence—and how it has been internalised by even brown folks like us.

A long history of racism

As we explained in the first part, Delia Owens and her husband Mark viewed the lives of poachers as expendable—a small price for preserving endangered wildlife. That worldview has its roots in the dark history of wildlife conservation—whose most prominent advocates were often imperialists, outright racist—and even eugenicists. Their worldview was shaped by three core premises:

One: Many of the early leaders of wildlife conservation were unapologetic racists. Madison Grant—responsible for creating the Bronx Zoo and preserving the California redwoods—wrote a book on European history that Adolf Hitler called “my bible.” Sierra Club founder John Muir described Native American homes as “the uncouth transitionist …wigwams of savages.” A number of others belonged to white supremacist groups. Meanwhile, in other parts of the world—for instance, Africa—game preserves aka ‘apartheid parks’ were first created by colonial rulers to protect the white man’s privilege to hunt.

Two: Many of them abhorred the “base” qualities of human nature—which threatened the “pristine” beauty of nature. Hence, to preserve nature, they needed to create habitats free of the polluting human presence. In the colonies, this involved hounding out natives:

“The pecking order outside the parks was white settler, indigenous black African, and wild animal...The pecking order inside the parks was tourist, animal, and indigenous black. Racism allowed the European colonists to view Africans as a part of the ‘natural’ landscape and thus subject to the same brute-force relocations and control technologies they employed to subjugate the nonhuman world.”

The very first national parks in the world were created in the US—to preserve unspoilt “wilderness”, which were actually territories of indigenous tribes seized by white settlers. For example, the Yosemite National Park:

“The war against the Yosemite began in 1851 when Major James Savage led US soldiers into the valley to get rid of the tribe in order to make the Sierra foothills safe for gold miners. This effort lasted until the last Native American settlement was evicted from the land in 1969. John Muir himself advocated for the eradication of the Yosemite tribe from the valley, arguing that they were simply nomads passing through the valley and that they had no permanent history, influence or claim over the land.”

FYI: As one Native American leader notes: “Only to the white man was nature a ‘wilderness’ and only to him was it ‘infested’ with ‘wild’ animals and ‘savage’ people. To us it was tame.” To this day, the US Wilderness Act describes ‘wilderness’ as “an area where the earth and its community of life are [untrammelled] by man, where man himself is a visitor who does not remain.”

Three: Given these assumptions, it isn’t surprising that many were also advocates of eugenics. For example, the head of the New York Zoological Society also helped found the American Eugenics Society. As for early Sierra Club member David Starr Jordan:

“[H]e pushed for forced-sterilization laws and programs that deprived tens of thousands of women of their right to bear children—mostly Black, Latinx, Indigenous, and poor women, and those living with disabilities and mental illness. He cofounded the Human Betterment Foundation, whose research and model laws were used to create Nazi Germany’s eugenics legislation.”

Point to note: Much of this would be transformed by the 70s into the environmental movement’s obsession with overpopulation—as the #1 threat to the planet (as opposed to the greenhouse emissions of the developed West, FYI). Paul Ehrlich—author of the 1968 best-seller ‘The Population Bomb’—used a Delhi slum to illustrate the horrors of too many humans:

The enduring legacy of racism: a quick roundup

We won’t get into all the ways that this imperialist past is still embedded in the environmental movement. But here are some quick examples of the way it has reared its ugly head.

Prince William: went on a trip to Tanzania, and warned its citizens that “Africa’s rapidly growing human population” posed a threat to its wildlife. And the palace released a video of his visit to support stopping illegal wildlife trade. Oddly enough, it was glaringly absent of any Black people. A leading Kenyan conservationist later said:

“The message that goes out now is that African wildlife is in danger, and the source of the danger is black people, and that people from the US [and elsewhere] have to come and save wildlife from these black people.”

Tourists not tribals: To this day, wildlife preserves in Africa are predominantly owned by white people—and serve white tourists. And much of the wildlife is preserved precisely to make big tourism bucks—for the government and the owners. In comparison, there is little benefit to the communities who live outside these sanctuaries—which used to be their land. As one activist says: “How shocking it is to think that children growing up only ten kilometres away from the Kruger National Park might never have seen an elephant?” A common phrase on bumper stickers, billboards and signage in South Africa is: “Kill a poacher, save a rhino.”

The ‘Wild Karnataka’ example: Narrated by the legendary David Attenborough—and funded by the Karnataka forestry department—this documentary received rave reviews. It featured stunning visuals of the teeming wildlife—and not a single shot of the people who live in these forests. Because even in India, all “wilderness” must be human-free. Irony alert: one of its funders is the mining company Sandur Manganese and Iron Ores Limited.

Kaziranga Park: Attenborough also came to this reserve to film another documentary—‘Planet Earth II’. And it had the privilege of hosting William and Kate, as well. The park is also special in one other way—its heavily armed rangers have the power to shoot at will. At one point, they were killing two people a month—and the number of those killed was higher than the tally of rhino deaths in 2015. A ranger told BBC News:

But a number of those shot at—and sometimes killed—are innocent tribal villagers who live nearby. And this determination to save the rhinos—at any cost—is spurred not as much by conservation but other factors:

“Conservation efforts in India tend to focus on protecting a few emblematic species. The fight to preserve them is stacked high with patriotic sentiment. Rhinos and tigers have become potent national symbols. Add to this the fact that Kaziranga is the region's principal tourist attraction—its 170,000 or more annual visitors spend good money here—and it is easy to see why the park feels political pressure to tackle its poaching problem head on.”

You can see a snippet of the doc below. The full version is here.

Point to note: Jay Mazoomdaar in Indian Express points out that trigger-happy rangers are unavoidable when poachers are armed with Kalashnikovs. But he also lays out data to show that an aggressive armed response has done little to stem poaching round the world. Example: “In Kaziranga, forest guards shot dead 45 poachers over 2014 and 2015, and at least 44 rhinos were poached in the park during the same period.” Worse, the indiscriminate killing alienates the local community whose support is a must to stop the poachers.

FYI: The government claimed that BBC News apologised for the story—but the news organisation continues to stand by it.

The bottomline: Killing poachers and terrorising the communities they come from is an easy fix. But it is certainly not a solution—and will not save lives, be it of animals or humans.