And here’s the women’s hockey team’s joyous celebration in the dressing room. What a lovely way to end the Games:

An FBI raid on Donald Trump

Federal agents raided the former president’s residence in Mar-a-Lago, Florida—looking for classified documents that may have illegally been brought there. The operation was confirmed by Trump, who declared his home is “currently under siege, raided, and occupied by a large group of FBI agents."

Why this matters: Previously, the National Archives—in charge of preserving presidential documents—recovered 15 boxes of White House material from Mar-a-Lago—including classified material. Removing any confidential documents from the White House is a federal crime. Hence, the raid—to ensure there isn’t other such stuff lying around. CNN has the latest details on the operation that is still underway.

Adding to fuel to fire: Axios has accessed damning photos of, umm, Trump’s toilet. As president, he was in the habit of flushing documents down the toilet—which again is against laws governing presidential record-keeping. And since we all really need to see this: 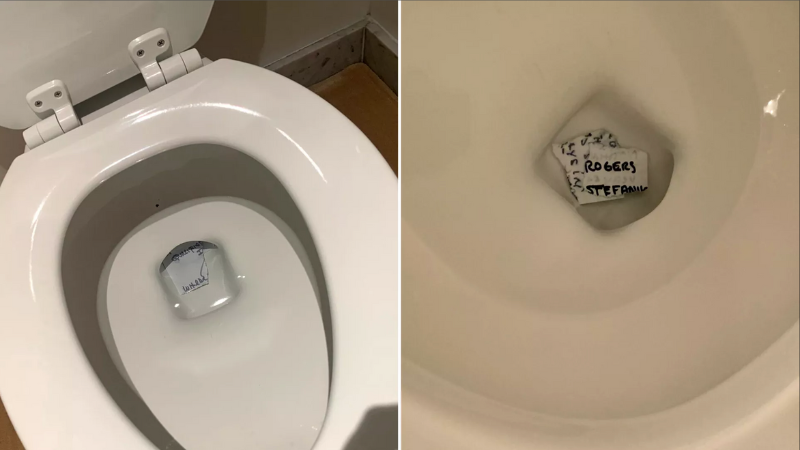 Also in the US: The city of Albuquerque, New Mexico, has witnessed three killings of South Asian Muslims within two weeks. A fourth murder may be also part of the same pattern. But the police aren’t releasing any information on the investigation as yet. (CNN)

Xiaomi, Oppo and Vivo have been subject to a number of raids—based on allegations of tax evasion and money laundering. According to a Bloomberg News exclusive, this could be a precursor to an outright ban on cheaper Chinese phones under the price of $150. The move would be aimed at protecting homemade smartphones. Why this matters: “Smartphones under $150 contributed to a third of India’s sales volume for the quarter through June 2022, with Chinese companies accounting for up to 80% of those shipments.” (Bloomberg News via Economic Times)

In other China-related news: Apple has asked its Taiwanese suppliers to label their products exported to China as “Taiwan, China” or “Chinese Taipei”—to reflect Beijing’s claim that Taiwan is part of its territory. This is a key and urgent issue for Apple since these Taiwanese companies supply components that will go into its next iPhones and other new products set to launch this autumn. OTOH, Taiwan’s labelling rules say that shipments must list “Taiwan” or “Republic of China” (the island’s official name) as the point of origin—all of which creates an impossible situation for these suppliers. (Nikkei Asia)

Benefits of a two-minute walk

Indians have long known the value of stretching your legs after a meal. Scientists have now confirmed that light walking—for as little as two to five minutes—has a significant impact on blood sugar levels. When participants went for a short walk, their levels rose and fell more gradually. Why this is important:

The Australian airline has asked its senior management to volunteer as baggage handlers—to combat a severe staff shortage. At least 100 managers will be asked to sort and scan bags and transport luggage. But the company has offered an important assurance to these folks: “There is no expectation that you will opt into this role on top of your full-time position.” Much of this pain is self-inflicted as Qantas sacked 1,600 baggage handlers during the lockdown—and outsourced the work to contractors. (The Guardian)

Speaking of Australia: Here’s some good environmental news: The Great Barrier Reef has staged a massive comeback. Two-thirds of the reef recorded the greatest amount of coral cover in almost 40 years! Why this is such a big deal:

“Climate change has absolutely gutted the reef. Warming seas increased both the frequency and intensity of underwater heatwaves—the leading cause of devastating coral bleaching—draining the vibrant (and vital) underwater ecosystem of its life and colour.”

This recovery shows that the reef "is still vibrant and still resilient, and it can bounce back from disturbances if it gets the chance." Futurism has more details.

According to an Insider investigation, the actor—hailed as a queer icon—has long been grooming young women and non-binary people. For example: Tokata Iron Eyes whom he has known since she was 12 years old. Parents of the now 18-year-old say: “Miller left bruises on Tokata's arms and cheeks, restricted access to her phone, and verbally abused her”—although she denies the allegations. But there are multiple accounts of Miller acting like a deranged cult leader. The actor has been enmeshed in multiple controversies that mainly involve severe anger issues—including an incident where he tried to choke a woman. The original investigation is paywalled, but you can read the details here. Point to remember: Warner Bros plans to go ahead with Miller’s upcoming superhero flick ‘Flash’—despite the growing number of allegations.

One: OMG, the trailer for season 2 of Delhi Crime just dropped. And it looks very, very promising. We can’t wait for August 26.

Two: There have been plenty of biopics on Muhammad Ali Jinnah—considered the Father of the Nation in Pakistan. But his sister Fatima—has been mostly consigned to the shadows in history. An upcoming series—titled ‘Mother of the Nation’—casts her in the leading role for the very first time. This is an exclusive Pakistani release so we won’t be able to watch it. But you can check out the trailer. The Print has all the details on the production that you could possibly need.