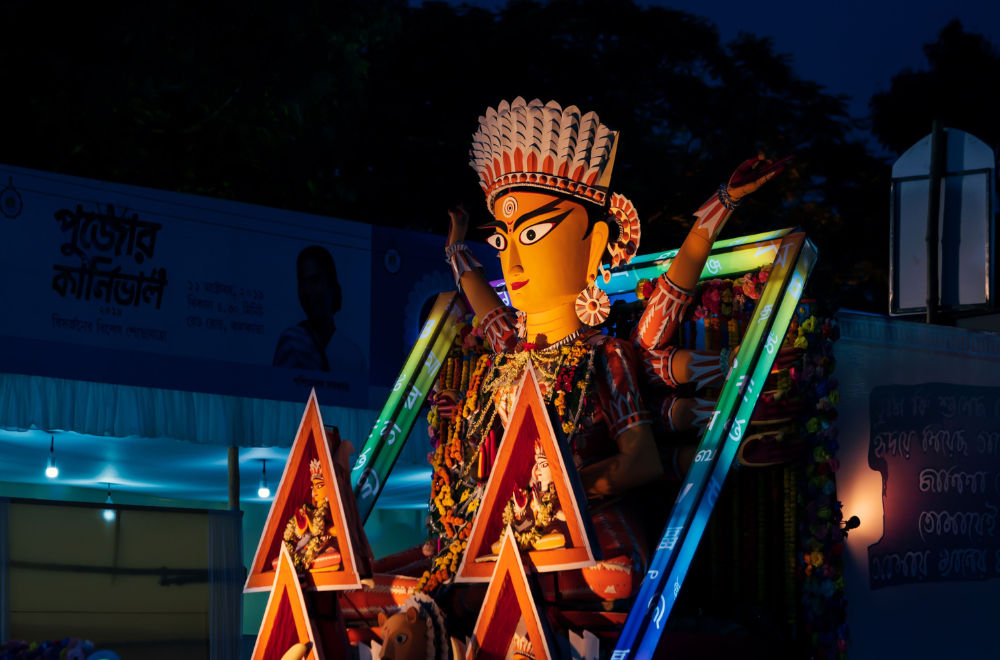 Meet Droupadi Murmu: The next President of India

The BJP’s historic choice of a presidential candidate from the Santhal tribal community has pretty much sealed her nomination. We look at the life and career of Murmu—and why the party picked her.

The presidential elections are slated for July 18—and both the opposition and the BJP-led NDA have picked their nominees. The choice was critical since the BJP does not have the majority of votes—and requires the support of other parties. And the election was slated to become a test of political power—both for the ruling party and the opposition.

The opposition’s nominee: As is typical, there was much jostling between Trinamool, Congress and AAP during the selection process. Notably, the two meetings to arrive at the final decision were hosted by Mamata Banerjee and NCP chief Sharad Pawar, respectively—and not Congress. Pawar was the consensus choice—but turned down the offer—as did former governor Gopalkrishna Gandhi. So the opposition settled for Yashwant Sinha, the BJP rebel who broke ranks with PM Modi.

The BJP’s nominee: Everyone knew the party would pick a candidate from a marginalised community—to make a symbolic choice ahead of the next Lok Sabha elections. And there was lots of buzz around Bahujan Samaj Party chief Mayawati—who basically sat out the UP elections—which worked to BJP’s favour.

But in the end, the saffron party avoided any appearance of crass political calculation—and picked the totally unknown Droupadi Murmu—who will soon become the first person from the tribal community to occupy the highest post in the country. She was picked over current Vice President Venkaiah Naidu, Chhattisgarh governor Anusuiya Uikey and even National Security Advisor Ajit Doval—whose name was briefly considered.

Umm, who is Murmu?

Origin story: The 64-year-old was born and raised in the Mayurbhanj district in Odisha. She belongs to the Santhal community, one of India’s oldest and largest tribal groups. Her father was the village council chief, as was her grandfather. Murmu studied at the Ramadevi Women’s College in Bhubaneswar—and began her career as a clerk in the irrigation and energy department from 1979-1983. She later taught at a research centre in Rairangpur from 1994-1997.

Speaking of her political career, Murmu has said:

“I come from a society that is very rigid when it comes to perceptions about women and they would raise questions on any woman stepping outside the confines of their homes. They, generally, perceive politics as a dirty business.”

It is not a life she expected to choose—but has persevered and thrived despite great odds and setbacks.

A life marked by tragedy: Murmu’s achievements are all the more remarkable given the immense losses she’s suffered in her personal life. She lost her 25-year old son in 2009—and her other son in 2013—in the same month when her mother and brother passed away. And a year later, her husband Shyam Charan also died. The only family she has is her daughter—who lives in Bhubaneswar.

The big announcement: For some odd reason, Murmu was taken entirely by surprise by her nomination—having learned of it from television. She later said: “As a tribal woman from remote Mayurbhanj district, I had not thought about becoming the candidate for the top post." Hours after the announcement, she was caught on camera sweeping the floors of a local temple—before offering prayers:

So why did the BJP pick her?

For a number of reasons—some cynical and others maybe not.

One: The BJP has a very strong record of picking presidential candidates from under-represented communities—be it APJ Abdul Kalam, Ram Nath Kovind or Pratibha Patil—who became the first woman president. Congress did very little in comparison when it was in power—even though it had tribal leaders among its ranks. As one BJP leader points out, its choices have been “inclusive, respectful of diversity” and elevated “small town and self-made persons.”

This has helped the party target its rivals as typical upper caste, upper class parties—and position itself as inclusive and progressive. As a senior minister explains:

“There are many reasons for the party cadre to laud this decision. She is a woman, tribal, grounded and humble leader, hardcore BJP worker and the selection goes well with the BJP’s core governance theme—Sabka Saath Sabka Vikas, Sabka Vishwas, Sabka Prayas.”

“This is certainly not to say that having a member of the historically oppressed but numerically strong community in the Rashtrapati Bhawan will improve the lot of the adivasis—or lessen the state’s atrocities against them. It may even be kosher for commentators to point out that an adivasi President will make no difference to the lives of ordinary tribals just as the ascension of Ramnath Kovind, a Dalit, to the high chair failed to alleviate the condition of ordinary Dalits.”

Two: The choice of Murmu certainly seals support for the BJP nominee within the electoral college. Odisha Chief Minister and BJD chief Naveen Patnaik has already indicated that his party will vote for her. As will the Jharkhand Mukti Morcha (JMM)—which is currently in power in an alliance with Congress in the state. This is despite the fact that JMM voted in favour of Yashwant Sinha as the opposition candidate. In other words, Murmu was the perfect coup de grace.

Key point to note: The move also makes life very difficult for Congress—since opposing a tribal leader’s nomination will make it look bad, especially since it has done so little for the community:

“Her candidature comes at a time when the Congress and its former president, Rahul Gandhi, have been trying to woo the tribal community. Rahul had launched his party’s adivasi satyagrah in poll-bound Gujarat just last month and reiterated his commitment to fighting for the welfare of the community. The assurance was strained within a month when the Congress, while declaring its candidates for the biennial Rajya Sabha polls, failed to field a single tribal candidate despite being in a position to win two seats from Chhattisgarh, a state that has a sizable Adivasi population.”

Chhattisgarh is one of the few remaining Congress-ruled states—and its tribal population is more than 30%. Opposing Murmu may put that government in jeopardy.

Three: Of course, all political decisions are driven by electoral calculations—especially with a number of state polls slated for the next 18 months. And the Lok Sabha elections will follow soon after. Here are some of the factors in play:

The bottomline: Yes, Droupadi Murmu’s choice is purely symbolic. Yes, it’s also driven by electoral math. But neither are good enough reasons to knock her imminent ascendance to the highest post in the land—which should be cause for all Indians to celebrate.

BBC News and Economic Times have the most details on Murmu’s life. The Wire, India Today and The Federal lay out the political calculations in play. The rest of the reporting is pretty scattered and sparse. For more on the actual presidential vote, be sure to check out our previous Big Story.