Pakistani documentary filmmaker Sabiha Sumar and actor Kalki Koechlin came together to make ‘Azmaish: A Journey Through the Subcontinent’. The thought-provoking film captures their journey across Pakistan and India as they look for answers for a big question: How did religious fundamentalism bring Pakistan and India to the same dangerous threshold?

The event: Our next AMA—in partnership with the video-hosting platform Eventscape—offers a great opportunity to speak with both Koechlin and Sumar about the film, its provocative themes—and their past work. FYI: Sumar is also highly regarded for her previous film ‘Dinner with the President’—which centred on a fascinating conversation with then leader Pervez Musharaff.

Watch the movie: As a big bonus, you can also watch ‘Azmaish’ over at Eventscape—get a 20% discount on the Rs 99 rental by typing in SPLAINER. Check out the trailer below:

Trump may be in big trouble

The congressional committee investigating the attack on Capitol Hill (explained here) has found that Donald Trump may have “engaged in criminal and/or fraudulent acts”—aimed at overturning the outcome of the 2020 presidential election. In a court filing, the committee also claimed that on a “good faith basis,” it concluded that he engaged in “a criminal conspiracy to defraud the United States.” Now, the committee has no power to charge a former President or anyone else with a crime. But they can refer the evidence they collect to the Justice Department—putting pressure on the Attorney General to file a case. The Guardian and New York Times have more details.

Sourav Ganguly steps over the line

The cricket board’s constitution bars a BCCI president from having any role in team selection. But three past and present selectors say he is a regular fixture at selection meetings:

“Raising the issue of propriety, two selectors said Ganguly would log in for online selection meetings and ‘because of his stature and position, no one could object’. One of them revealed that they often felt ‘bullied’ by his presence. ‘It made many committee members uncomfortable and guarded in expressing their opinion,’ said the selector, speaking on the condition of anonymity.”

Ganguly has not yet responded to the allegations. (Indian Express)

Sexual assault at a tattoo studio

A young woman in a Reddit post revealed how she had been raped at a popular studio in Kochi, Kerala. The accused: a well-known tattoo artist named Sujeesh PS. When she went in to get a tattoo on her lower back, he first started to grope her—and then raped her while keeping the tattoo needle injected into her back. The account then opened a floodgate of similar stories involving Sujeesh—who is now on the run. What’s notable in this case: Many of these women were getting a tattoo for the very first time. The News Minute has accounts of other victims. You can also read the Reddit post. Trigger warning: These are fairly explicit accounts of assault.

Netflix is buying the Finnish mobile game developer Next Games for $72 million—as part of its strategy to build out its gaming content. The company has already built games to complement some of Netflix’s biggest hits like ‘Stranger Things’ and ‘The Walking Dead’. TechCrunch explains why this is a smart deal.

In more entertaining biz news: Founder Ashneer Grover is fighting back after BharatPe declared that Grover and his family members had engaged in “extensive misappropriation of funds” and “siphoned money away from the company’s accounts” (explained here). In melodramatic reality show style, Grover shared a photo on LinkedIn to show that he’s sleeping on the floor as he “travels across the US and the UK raising $370M Series E”—for a company he’s been kicked out of?? None of which is going to impress a board determined to claw back great chunks of his shares. Economic Times has that story. You can see his rather colourful sleeping arrangements below. 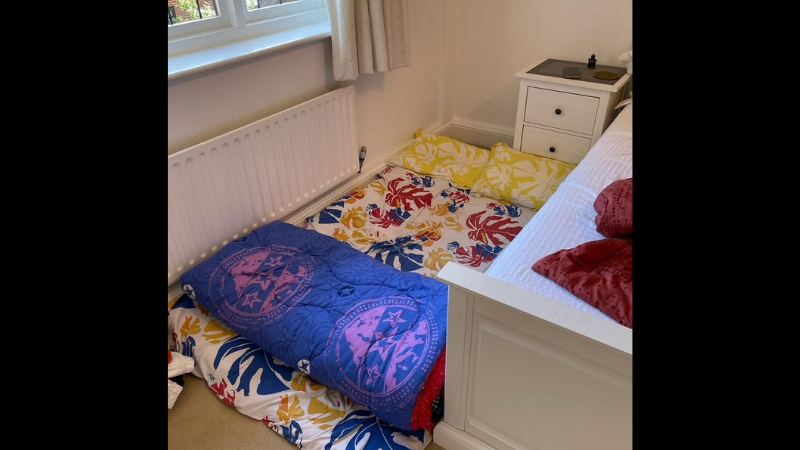 Children & green spaces: New research shows that kids who are exposed to greenery have lower levels of “oxidative stress”—when antioxidant levels are below normal and can lead to chronic diseases like diabetes, high blood pressure, heart disease and even cancer. One possible reason: “green spaces help the development of a child’s immune system when they’re exposed to ‘organisms that tend to colonise natural environments.’” (The Hill)

Infant formula: A global report reveals that the $55-billion baby formula industry spends up to $5 billion a year in “unacceptably pervasive, misleading and aggressive” marketing around the world—trying to get parents to switch from breastfeeding. Data to note: “While global breastfeeding rates have increased little in the past two decades, the sale of formula milk has more than doubled over the same period.” Also: only 44% of babies under the age of six months are exclusively breastfed—contrary to WHO and UNICEF recommendations. France24 and NPR have more on the strategies these companies use.

Fly my name to the Moon

NASA has invited people to sign up to have their name included in a pen drive that will be sent on the Artemis I mission—which will send the Orion capsule on a ride round the Moon and return it home. To get on board, you give your name and a PIN to receive a digital pass that includes the line “mileage earned: 1,300,000 miles.” See the cute “boarding pass” below. (Cnet) 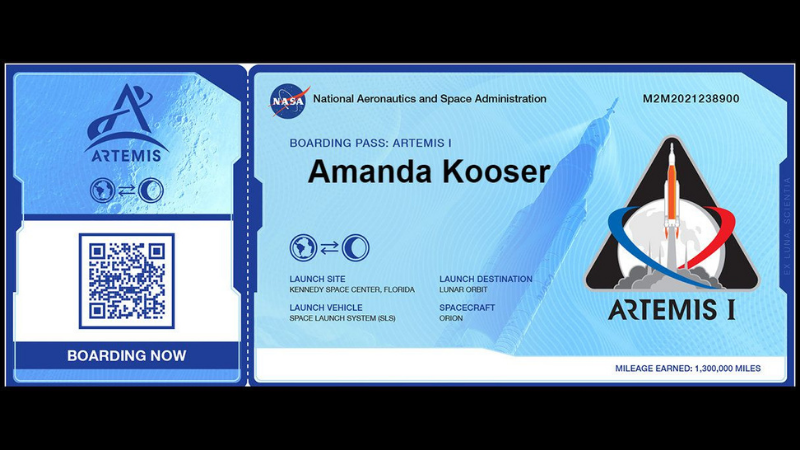 One: Melinda Gates gave her first tell-all interview and opened up about Bill’s affairs, meeting pedophile Jeffrey Epstein, and the end of her marriage—saying there were “a lot of tears for many days. Days where I’m literally laying on the floor, on the carpet, thinking, ‘How can this be?’” Cnet has lots more details. Watch a clip below.

Two: The New York Times carried a report on Serena Williams’ venture capital firm—which recently raised $111 million. But it made a single, serious error. The accompanying photo was of her sister Venus. Williams was furious and tweeted out a screenshot of the story, saying:

“No matter how far we come, we get reminded that it's not enough. This is why I raised $111M for @serenaventures. To support the founders who are overlooked by engrained systems woefully unaware of their biases. Because even I am overlooked. You can do better @nytimes.”

The Times issued a brief but not very convincing apology: “It was due to an error when selecting photos for the print edition, and it did not appear online.” See the offending story below. (CNN) 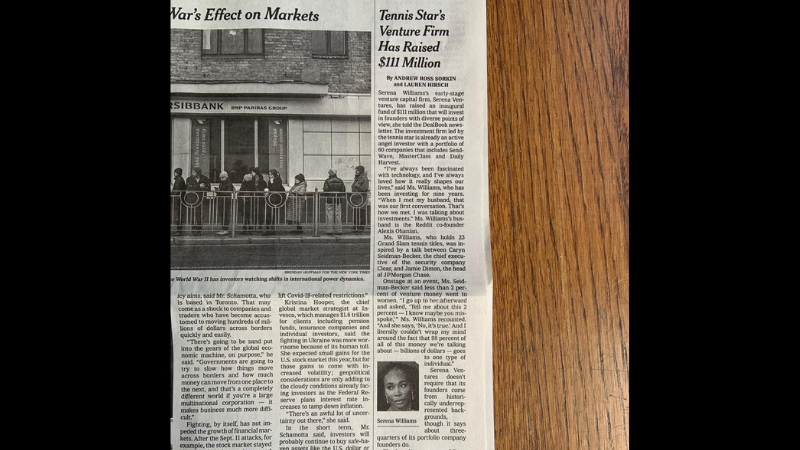 Three: A rare holographic Pokémon card sold for $900,000. Created in 1998, there are only 39 copies and features art by Japanese illustrator Atsuko Nishida. The previous record for the highest bid on a single Pokémon card was $375,000. (Hollywood Reporter) 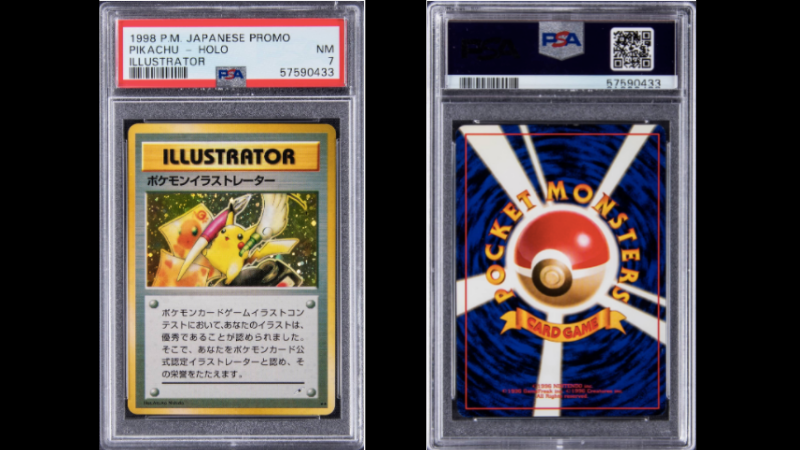