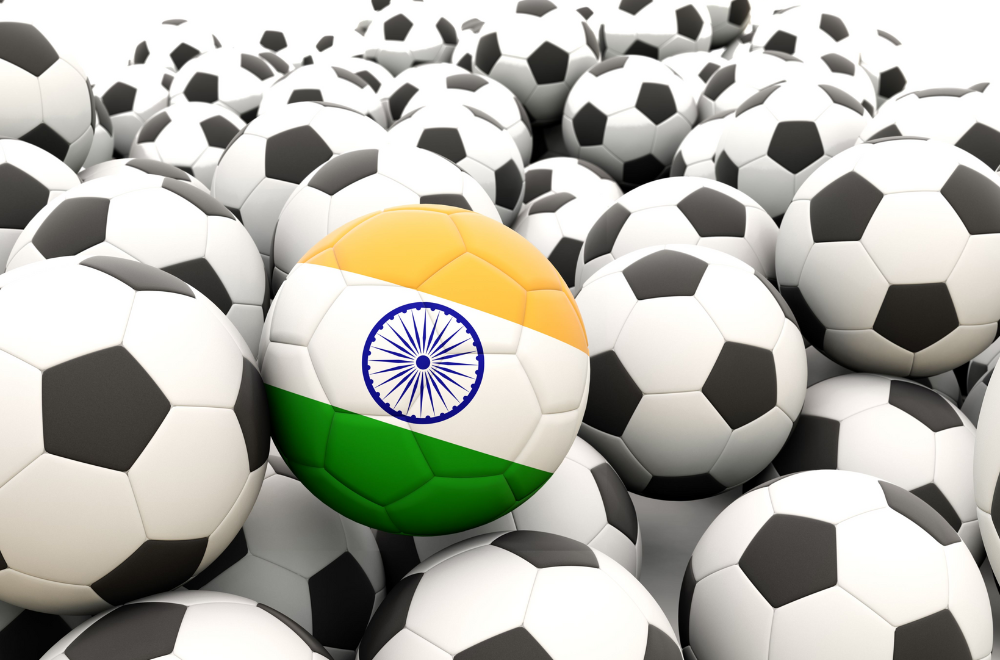 For the first time in its 85-year history, the All India Football Federation (AIFF) has been suspended by FIFA—the global governing body of the sport. How in the world did this happen? The answer: Praful Patel.

The badshah of Indian football

Praful Patel is one of the prominent leaders of the Sharad Pawar-led NCP. His glory days as aviation minister included running Air India into the ground—and a massive scam investigation. But his biggest achievement to date has been his unchallenged 13-year dominance of Indian football—which too has suffered from the ‘Praful effect’.

The rise of Patel: He lucked into his job as the chief of All India Football Federation—the apex organisation in charge of Indian football—back in 2008. The previous chief suffered a stroke, and Patel took over the reins. And he has ruled undisputed for 13 years. Over the years in the job, Patel has done one task very well—promoting himself. As one of his AIFF colleagues put it: “Our president’s biggest plus points are his pleasing personality, ability to convince people, contacts with men who matter and arrange funds.”

FYI: in 2019, he became the first ever Indian member of the FIFA council—FIFA being the powerful body that governs international football. The job earned him “a net annual compensation of $250,000, daily allowances of up to $250 on duty and having access to the best seats at any game at the World Cups.”

The fall of Indian football: Meanwhile, the fortunes of Indian football have been spiralling—for the most part. In 1993, India was ranked #100 in the FIFA rankings. By 2013, the team had dropped to #145—and currently stand at #104. Patel excelled at raising money, bringing international tournaments to India—but did absolutely nothing to nurture talent or facilities at the grassroots level. His biggest failure: handing domestic football over to the Reliance-owned Indian Super League.

The role of Reliance: Until ISL came along in 2014, the I-League was the premier domestic tournament—feeding players from its clubs into national teams. But Patel handed the keys of the kingdom to ISL—giving in to all of its demands for primacy. The result, according to one senior player:

“When I started my career in 2006, I played more than 120 matches in the first three seasons. Now a footballer plays a maximum of 25 matches in a season. He plays for six months and sits home for the rest of the season. In this manner, Indian football will never progress.”

The final blow: The biggest blow to Indian football is, however, the FIFA ban—which is a direct result of Patel’s refusal to give up his job. December, 2020  should have marked the end of his tenure since there is a three-term limit on the job. But, Patel found an artful way to hang on to his crown:

“The AIFF, however, moved an application in the Supreme Court only a month before its elections were due, seeking certain clarifications on the current status of its constitution, which was under scrutiny in the Apex Court since 2017. The matter was listed for hearing was on January 13, 2021. The hearing was postponed. It once again came up in Supreme Court on October 5, only to be postponed again for November, leaving Patel comfortably on his chair well beyond his stipulated period of three terms and 12 years.”

That court case—delayed repeatedly by the pandemic—has now created a huge legal tangle pitting the Indian Supreme Court against FIFA.

The Supreme Court vs FIFA

Exit, Patel: Since Patel refused to leave his job, the club Delhi FC moved the Supreme Court challenging his “illegal continuation” as president. On May 18, the court ended his term and put together a three-member committee—Committee of Administrators (CoA)—to take over the day-to-day affairs of the AIFF. The members: a retired SC justice, former election commissioner, and ex-football captain Bhaskar Ganguly. It was also tasked with creating a new constitution for AIFF—and making arrangements for elections.

Enter, FIFA: Things seem to be going well until June. On June 20, the CoA appoints an advisory committee—which mostly included Patel’s critics—to "advise and assist them on day-to-day operations." On June 21, a global team of FIFA-AFC members lands in Delhi and meets the CoA, representatives from the Indian Super League and I-League, AIFF—and, of course, Praful Patel. The advisory committee of Patel critics is suddenly dissolved.

Key point to note: FIFA has strict rules against “third party” interference in a national governing body’s activities. Worries about a ban always centred on how it will view the Court’s intervention. But there was no real sign of trouble yet. Unnamed sources claim that FIFA and the Court are on the same page: “It was a very good and constructive meeting… Both sides were happy with the outcome of today’s meeting.”

The timetable: Instead, FIFA lays out a strict timetable for AIFF: constitution to be approved by July 31 and elections by September 15. Any digression will invite a ban.

Plot twist: Things start to go south in July when the CoA sends the draft of the constitution to state associations—who are unhappy with several provisions. On July 21, the Supreme Court directs all parties to file their objections by July 25. FIFA suddenly pipes up—claiming that it doesn’t like one clause of the constitution: the requirement that 50% of the members of the AIFF executive committee be eminent players. FIFA wants it capped at 25%.

All hell breaks loose: on August 3. The Court directs AIFF to hold elections on August 28. But it also doubles down on the 50% eminent player quota. And most importantly, the Court rules that the final version of the constitution can be framed after the elections—which is a big deviation from the FIFA timetable. FIFA immediately threatens to ban AIFF.

The big ban: Things soon get very ugly. On August 10, the CoA files a contempt petition against Patel for “interfering with the proceedings”—essentially accusing him of working with seven state associations to stymie the Court:

“The CoA have accused the seven state officials of being ‘instrumental and complicit with Mr. Patel in presenting a completely different picture to the Fifa and AFC’ despite telling the SC that they had no objections to elections to the AIFF being held before a constitution was finalised. The CoA have accused Patel of using his position as a Fifa council member to ‘arrange’ a letter from FIFA and the Asian Football Confederation threatening a ban on India.”

On August 13, the AIFF named 36 'eminent' players in the list of voters for the electoral college for the August 28 election—violating FIFA’s 25% cap. On August 16, FIFA suspended AIFF.

The fallout: The immediate victims were the Indian Women’s League champions Gokulam Kerala—who are stuck in limbo in Tashkent since they can no longer play in the AFC Women’s Club Championship. The most prominent loss: the Under-17 Women’s World cup—which was to be held in India in October. Also cancelled: all the friendly international matches lined up for the men’s team—which is essential to keep them in shape.

The bottomline: India is not the first country to face a FIFA ban—and most such suspensions have been eventually lifted. But the entire debacle has put a spotlight on the gross mismanagement and misuse of power—and maybe some good can come of that.