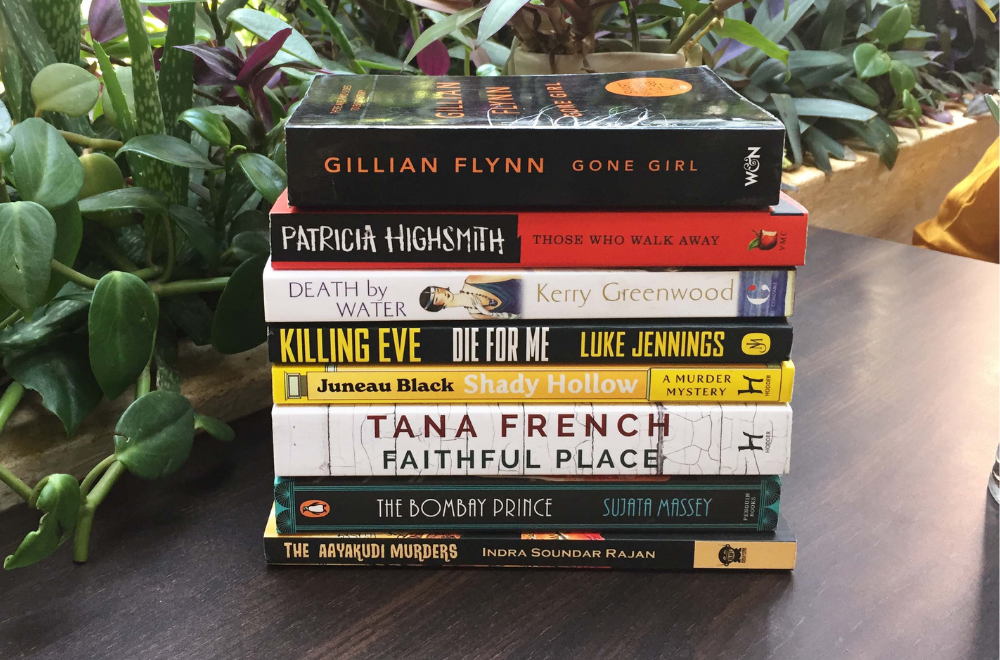 Crime reads for the weekend!

Are you looking to pick up a thrilling novel that you can’t put down? Don’t worry, we’ve got you covered. This Halloween, we’re recommending books from our growing crime shelf at Champaca—which is brimming with books that will pull you into gripping, unusual adventures.

An all-time Champaca favourite, ‘Gone Girl’ by Gillian Flynn is a dark, eerie read that we constantly revisit. In the book, Nick Dunne finds himself to be the prime suspect of the mysterious disappearance of his wife, Amy Dunne. Flynn’s writing absorbs us in the story—which is full of plot twists, unreliable narrators and murder!

Those Who Walk Away

In ‘Those Who Walk Away’ by Patricia Highsmith, we meet Ray Garett—a man who is left in shock when his wife abruptly kills herself. The police suspect that Ray's father is not innocent, which leads to a thrilling yet bitter cat and mouse game between Ray and his father in Venice!

Another fast paced cat and mouse chase with a twist! In ‘Killing Eve’ by Luke Jennings, Eve Polastri is slowly falling for the mysterious assassin Villanelle—the woman she’s supposed to be tracking down.

On a cruise ship to New Zealand in the 1920s, we meet the glamorous and intelligent detective Phryne Fisher. While Phryne is on the hunt for a jewellery thief, the cruise is full of romance, cocktail parties, jazz music, blackmail and even attempted murder.

‘Shady Hollow’ by Juneau Black is the perfect cosy mystery. It’s about a village where woodland creatures live in harmony. But there is more to this place than what meets the eye. When a curmudgeonly toad ends up dead, the local reporter, Vera Vixen, must dig deep and solve the mystery!

When Frank Mackey was 19-years-old, he and his girlfriend planned to run away together—but she never showed up. Twenty years later, he works as an undercover cop in Dublin, and still hasn't heard from her. What really happened to Rosie? Read the atmospheric ‘Faithful Place’ by Tana French to find out.

Set in 1921, the ‘The Bombay Prince’ by Sujata Massey follows India’s only female lawyer, Perveen Mistry, who must bring justice to the family of a murdered female student, right at the onset of riots in the city.

Rajendran, a young journalist, along with a retired Tamil teacher in Aayakudi, sets out to catch an escaped convict who’s using local superstitions as a cover for criminal activity. Soon, he finds himself deeply entrenched in a mind-boggling mystery involving ancient treasure, spirit possession, and a series of ghastly killings.