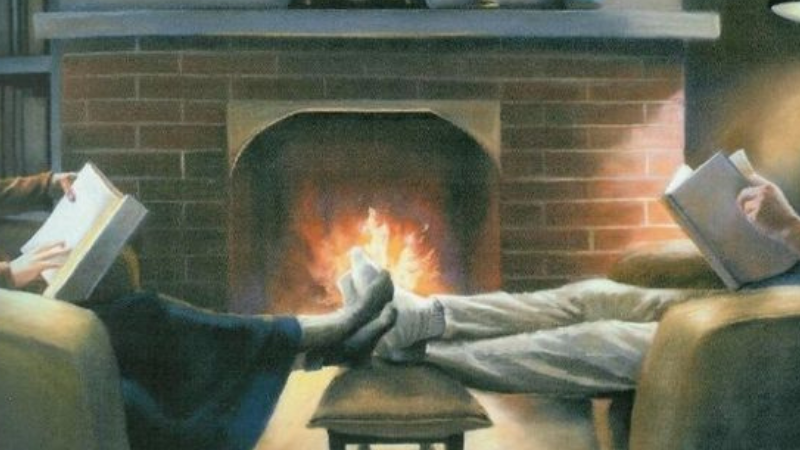 I have a mixed bag for you today—a bunch of literary reads and a handful of new books out in June that didn’t make the cut in my earlier roundup. I am currently in the midst of praying to the rain gods for some much-needed respite in the form of a cool shower or two, and all of the things I mention today have given me a lot of comfort as I fail (so far) in my endeavours. In any case, I truly wish you some comfort too.

One: I fell in love with Bonnie Garmus’ debut novel, ‘Lessons in Chemistry,’ and its brilliant, uncompromising heroine, Elizabeth Zott. On Waterstones’ blog, the author talks about the genesis of the book and coming up with a protagonist like none other.

Two: On Atlas Obscura, a delectable collection of the oldest cookbooks in libraries from around the world. I personally want to get my hands on ‘The Cooking Manual of Madame Wu,’ kept at the Harvard-Yenching Library.

Four: On Catapult, a queer writer muses over her relationship with fandom, Tony Stark and coming to terms with her identity alongside the birth of the Marvel Cinematic Universe. It’s intelligent and thoughtful and I specially loved it because I have a soft spot for the first Iron Man movie too (although that’s not the point of the essay). <3

Five: On Scroll, an account of when Nehru read ‘Lolita’ to decide whether it should be allowed in India or not, after a number of officers and other figures of authority deemed it too “obscene” for Indian audiences.

Six: Big Think considers the evolution of detective fiction through time and, more specifically, compares the crime stories of Poe and Conan Doyle in the West, the focus of crime literature on the ‘why’ instead of the ‘who’ in 19th century Russia and beyond, and the changing nature of the detective in Maoist China.

Seven: This interview with author Megha Majumdar in the Atlantic newsletter is all kinds of great. She recently stepped down as Editor in Chief of Catapult, about which she says, “Whenever I look at books that are about one person’s obsession or curiosity—if it’s a book about volcanoes or hurricanes or black holes—the authors are very often white. I would love to see more writers of marginalised identities be given the support and freedom to chase those subjects, to write about travel or food or oceans.” If you haven’t yet read her remarkable debut, ‘A Burning,’ read it now.

I also have some new books—either out this month or out soon—for you to add to your TBR:

The City Inside: by Samit Basu. From one of the kings of South Asian SFF comes a new novel about surveillance capitalism in near-future Delhi. Themes of personal identity, dysfunctional relationships and resistance unfold through the stories of Joey and Rudra, coming from different backgrounds, whose lives get entangled in conspiracies and conflicted beliefs. (June 7)

Radical Love: Learning to Accept Yourself and Others: by Zachary Levi. If you were a fan of the TV show ‘Chuck,’ DCEU’s ‘Shazam!’ and Levi’s charismatic supporting role in ‘The Marvelous Mrs Maisel’, then this book is for you. But it’s much more than just an actor’s memoir. Levi “shares his emotional journey through a lifetime of crippling anxiety and depression to find joy, gratitude, and ultimate purpose.” I will be watching out for this one. (June 28)

Translating Myself and Others: by Jhumpa Lahiri. Lahiri has surpassed herself as a fantastic literary fiction writer to become a fantastic translator and writer in another language as well. This collection of personal essays draws on these newfound identities of hers, reflects on themes of writing and translation in the works of Ovid, Aristotle, Gramsci, Calvino and more, and tries to answer the question “Why Italian?”—her new language of choice. (June 30)

Currently reading: I have finally gotten around to one of my most anticipated summer reads—‘Book Lovers’ by Emily Henry! Her prose is so sharp, her pacing so assured, no wonder she has carved a special place for herself in a legion of new romance novelists. This is set in the publishing world, which is always an added bonus in any genre.

Bookish adaptation: I didn’t expect to, but I practically gobbled up ‘The Lincoln Lawyer’ on Netflix last week. Based on the eponymous first book in the Mickey Haller series by Michael Connelly, the show is many things in one—a fast-paced whodunit and a satisfying courtroom drama, with a number of peripheral mysteries to keep things fresh and a good cast of characters who feel clichéd in many ways and, yet, endearing. Manuel Garcia-Rulfo—who takes the reins from Matthew McConaughey’s movie-Haller—didn’t initially feel like the best fit for the part, but slowly—and surely—grew into it, and on me. I am looking forward to watching the second season.