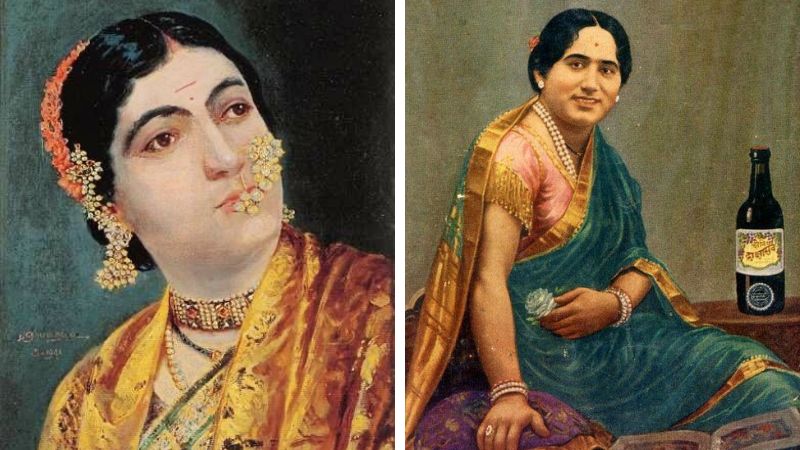 Narayan Rajhans—popularly known as ‘Bal-Gandharva’ (child celestial singer)—was the undisputed king of Marathi musicals and theatre—and a 20th century fashion icon. What you see above is a painting of Gandharva by MV Dhurandhar (left); and the photo of him in a tonic ad!

Bal Gandharva was known for his graceful and authentic portrayal of women. Following his debut performance as ‘Shakuntala’ in a Marathi adaptation of the Kalidasa classic in 1905, he played the role of women in over 27 original plays and 5,000 stage shows (in a period spanning over 40 years!)

Apart from his performances, he was equally famous as a style icon in women’s fashion! Sarees and jewellery personally designed by him—and were custom made. And non-Marathi speaking crowds flocked to watch his performances just to keep up with the latest trends.

In 1964, he was awarded the Padma Bhushan by the Government of India. The Bal Gandharva Rang Mandir in Pune (named after him) continues to celebrate his legacy. Read more about his journey over at The Heritage Lab.