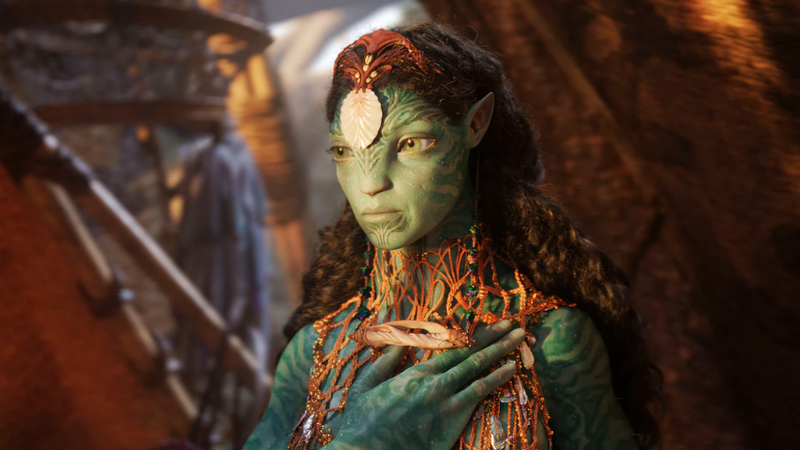 Avatar: The Way of Water: It has been 13 years since the release of James Cameron’s ‘Avatar’—a film that wowed fans, critics, and most definitely the box office. Its much-awaited sequel ‘Avatar: The Way of Water’ sees the power couple Jake (Sam Worthington) and Neytiri (Zoe Saldaña) settled with their children in Pandora—the Earth-like extrasolar moon in the Alpha Centauri System. But neither their homeland or their Na’avi community is safe from invaders. In true Avatar fashion, the film does not seem to be short on battles or emotional moments.

While we were—obviously—rather excited for this one, the reviews seem to confirm every fan’s secret worry: a disappointing sequel to a classic movie. The Guardian is thoroughly disappointed, calling it “insipid” and an “overlong followup” with a “bland plot.” The harshest line: “Frankly, there isn’t a single interesting visual image and the whole thing has the non-briny smell of a MacBook Pro. Finding Nemo was more vivid.”

New York Times points out that the middle of the film “restores the latent promise of newness” but the ending is such that even “Cameron may have run out of ideas when it comes to climactic fight sequences.” Inverse—in anticipation of the sequel—offers more context with a detailed piece on how James Cameron’s first film borrowed from the novel ‘Dune’—but left out the best bits in this one.

We plan to make up our own mind this weekend—and we recommend you should too. After all, it is just as much fun to vent about a bad flick as a good one. ‘Avatar: The Way of Water’ released in theatres yesterday.

Beast of Bangalore: Indian Predator: The fourth instalment of the popular true-crime series ‘Indian Predator’ tells the story of a vicious murderer in 90s Karnataka—Umesh Reddy—who would target women across the state and confessed to raping and murdering 18 of them. The three-episode collection lays out the vile attacks of the former cop who is described as a "sex maniac and psychopath"—and also the dizzying hunt he sent the police on—through dramatic recreations of instances and insights from involved authorities. Like the other offerings of the series, 'Beast of Bangalore', too, unfurls the shocking and horrifying pursuits of the chosen criminal.

While there are no reviews available yet, the trailer gives us a peek at just how chilling the series may be—"the culture of installing grills on doors began with his stories" hints at the same. If you’re a true-crime junkie, 'Beast of Bangalore' should be right up your alley. The series dropped on Netflix yesterday.

The Recruit: Noah Centineo moves away from his ‘To All The Boys’ mushy rom-com persona in this Netflix spy series. Owen Hendricks (Centineo) is a rookie lawyer at the CIA who is tasked with handling a former asset threatening to expose the sins of the Agency. Hendricks soon finds himself running around the world—as spies seem to do in all their movies. The series offers a mix of action and comedy as Hendricks navigates the travails of being kidnapped, throwing up in a car, and ordering a White Claw during a fancy reception.

There seem to be no reviews for ‘The Recruit’ yet. But spy movies and thrillers are always a mixed bag—ranging from the sublime to the ridiculous—and we’re curious to see Centineo in a different role. The series dropped on Netflix yesterday.

A Storm for Christmas: We’ve all seen plenty of movies about awkward family reunions over the holidays. But this limited six-part series from Norway is a little different—focusing instead on passengers and employees trapped at Oslo airport on Christmas eve. The assorted cast of characters—which include a pianist, celebrity, baggage handler and more—form unlikely friendships, confront broken relationships etc. There’s a fake Santa Claus in the mix as well.

Again, there are no reviews yet for ‘A Storm for Christmas’, but it appears to be a classic heartwarming and feel-good Christmas watch—perfect to kickstart our holiday season-themed binge this December. And it’s nice to see some seasonal fare from a part of the world other than the US or the UK. It dropped on Netflix yesterday.