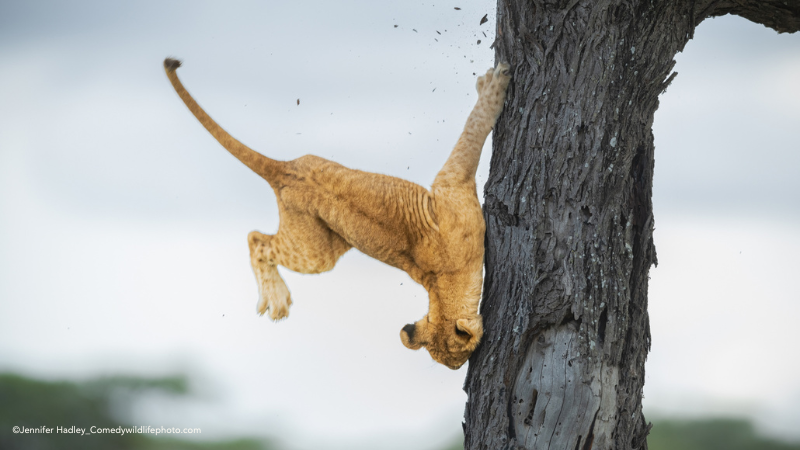 This weekend, the Advisory offers you an extended Sanity Break with this fab selection of winners of  the annual Comedy Wildlife Photography Awards. The Awards were founded by photographers Paul Joynson-Hicks and Tom Sullamon in 2015 with the aim of raising awareness—while offering joy. And it most certainly does!

This year’s competition saw over 5,000 entries from 85 countries for just six categories! And the competition was stiff with the closest races ever—as is evident from the winning entries.

The lead image above is of a 3-month-old lion cub losing its grip on a tree trunk–taken by Jennifer Hadley in Serengeti, Tanzania. Titled ‘Not so cat-like reflexes’, it was the Overall Winner this year and also won the Creatures of the Land category. Now on to the rest…

One: Jean Jacques Alcalay’s photo of a hippo yawning next to a heron—aptly titled ‘Misleading African Viewpoints 2’ was captured in Kruger National Park, South Africa. It won the Creatures of the Air category. 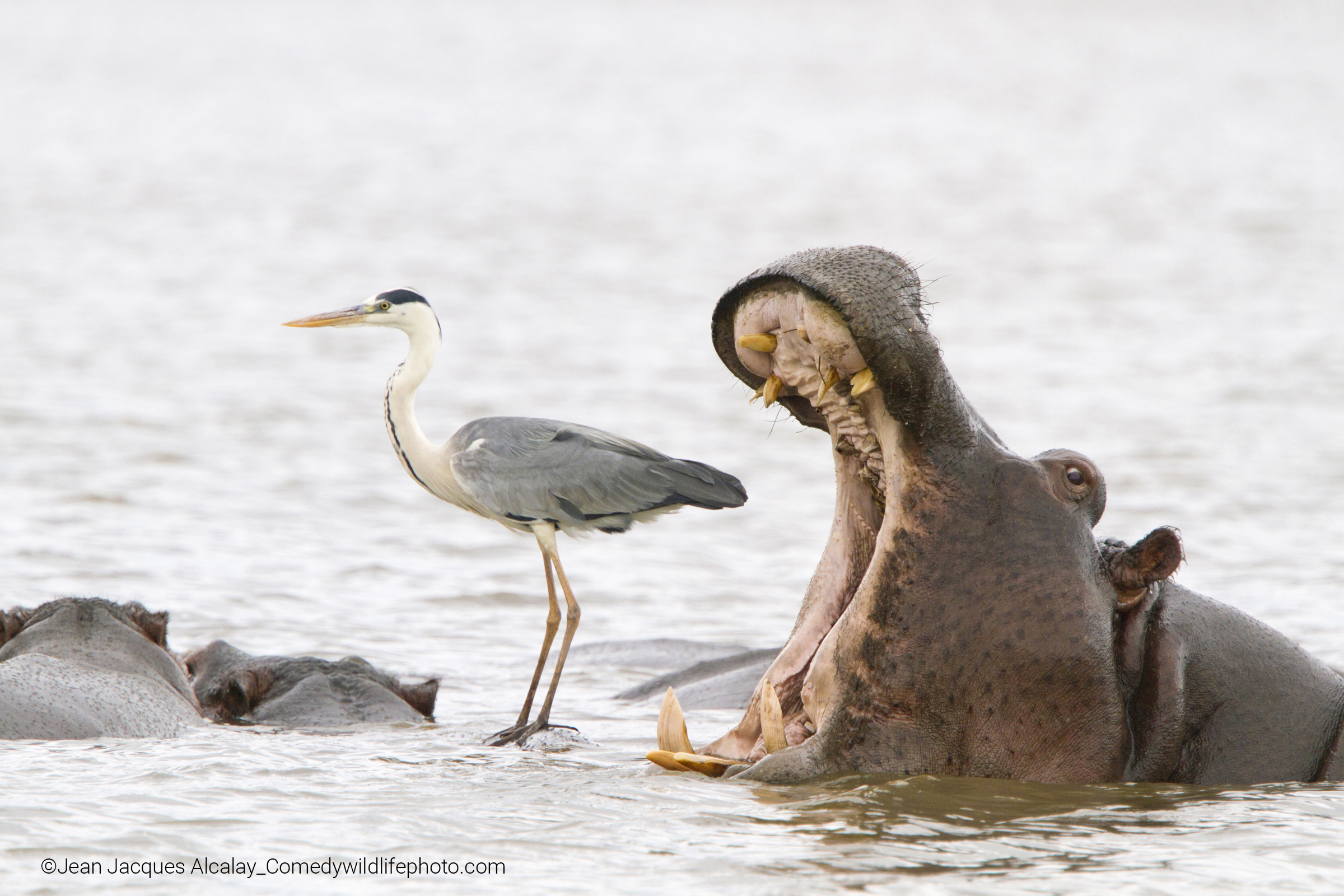 Two: This one is titled ‘Talk To The Fin!’, and won the People’s Choice Award. It features a Gentoo and a Magellanic penguin—and was also captured by Jennifer Hadley in the Falkland Islands. 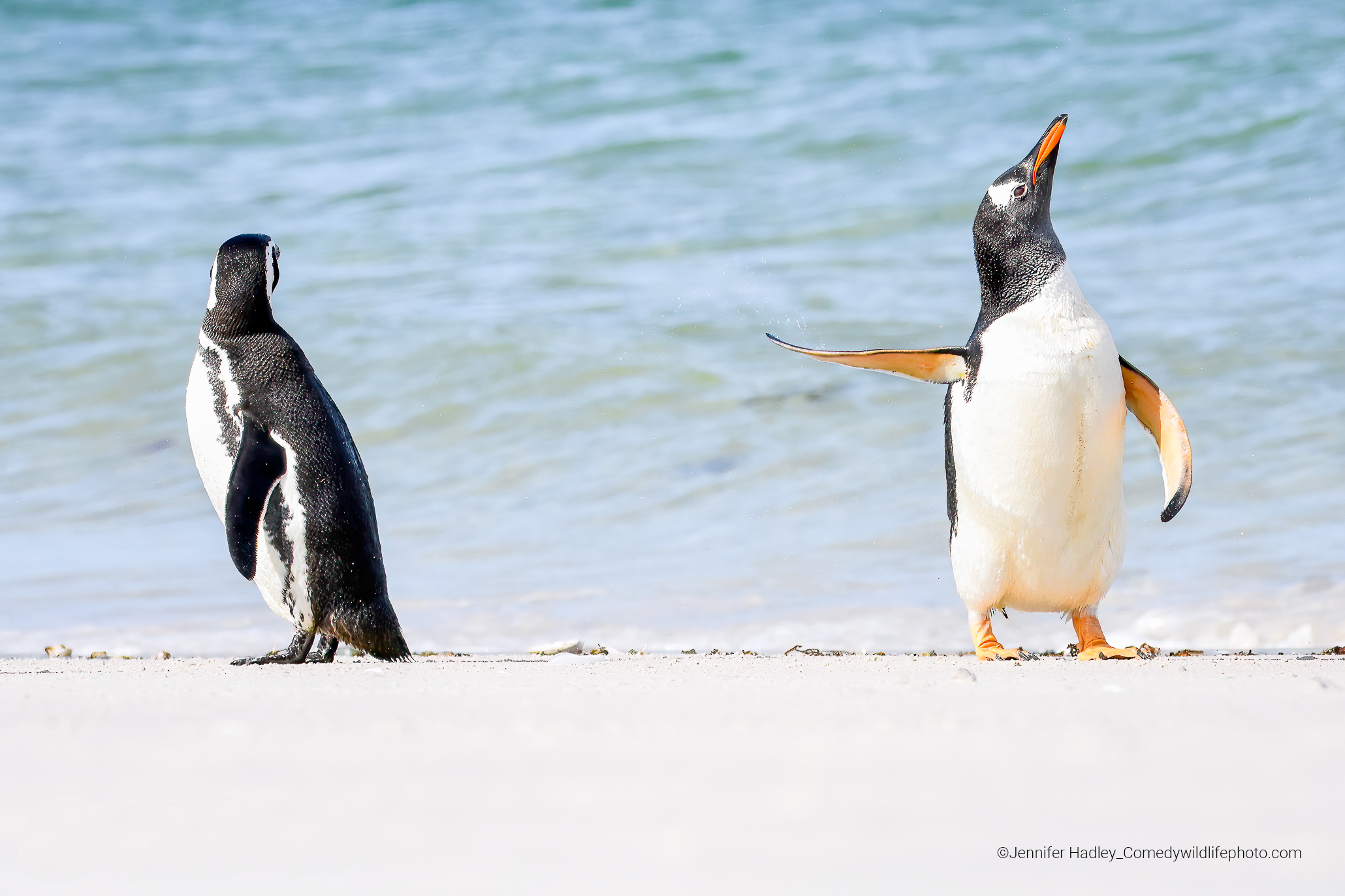 Three: This picture of two triggerfish grinning for the camera was clicked by Arturo Telle Thiemann in the Azores. The fish can be quite aggressive, so when they ‘Say cheeeese’, we must appreciate it! It won the Creatures under the Water category. 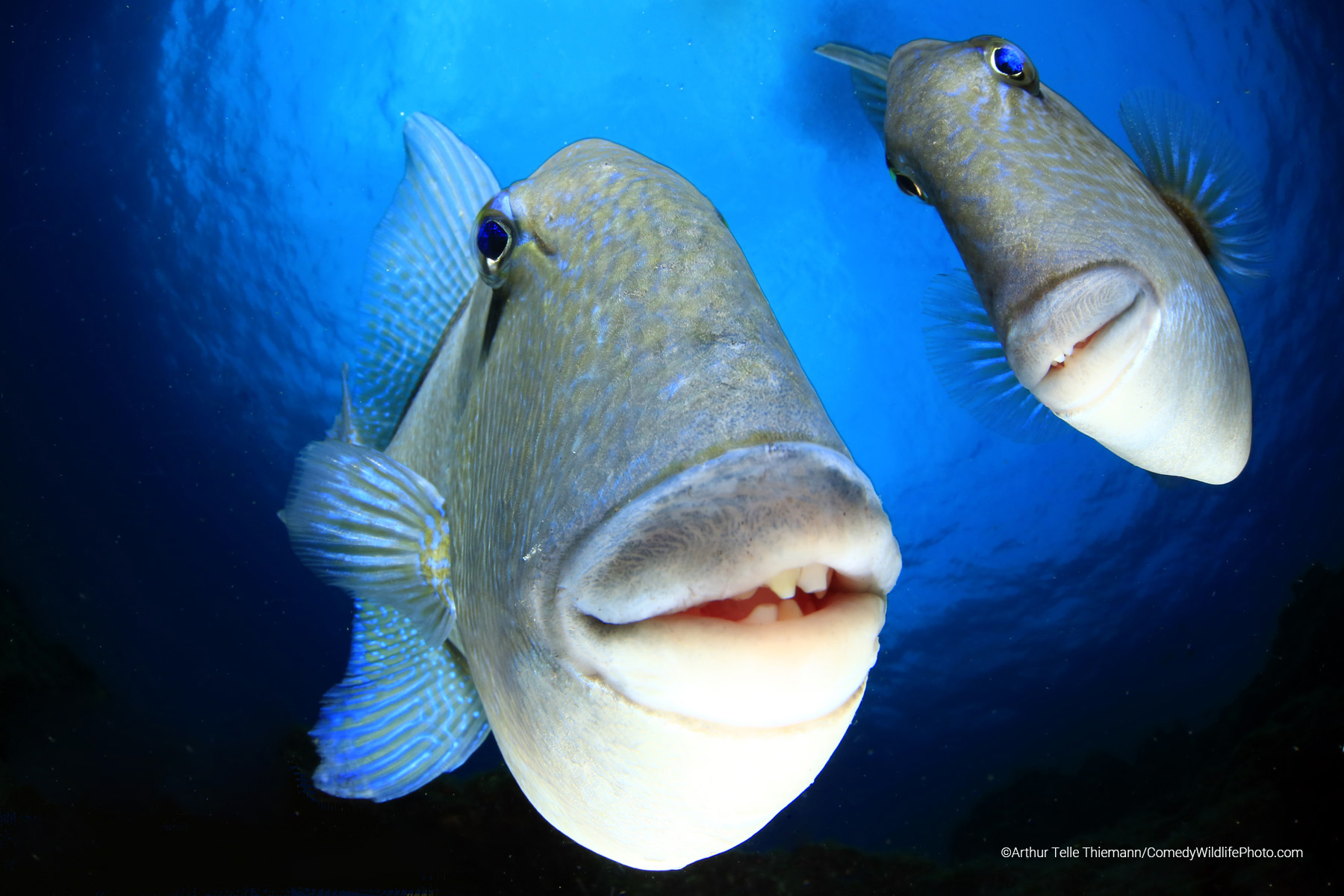 Four: Arshdeep Singh’s picture of a spotted owlet in a pipe was captured in Bikaner, India. Titled ‘I CU Boy!’, the photograph won in the Junior Award category. 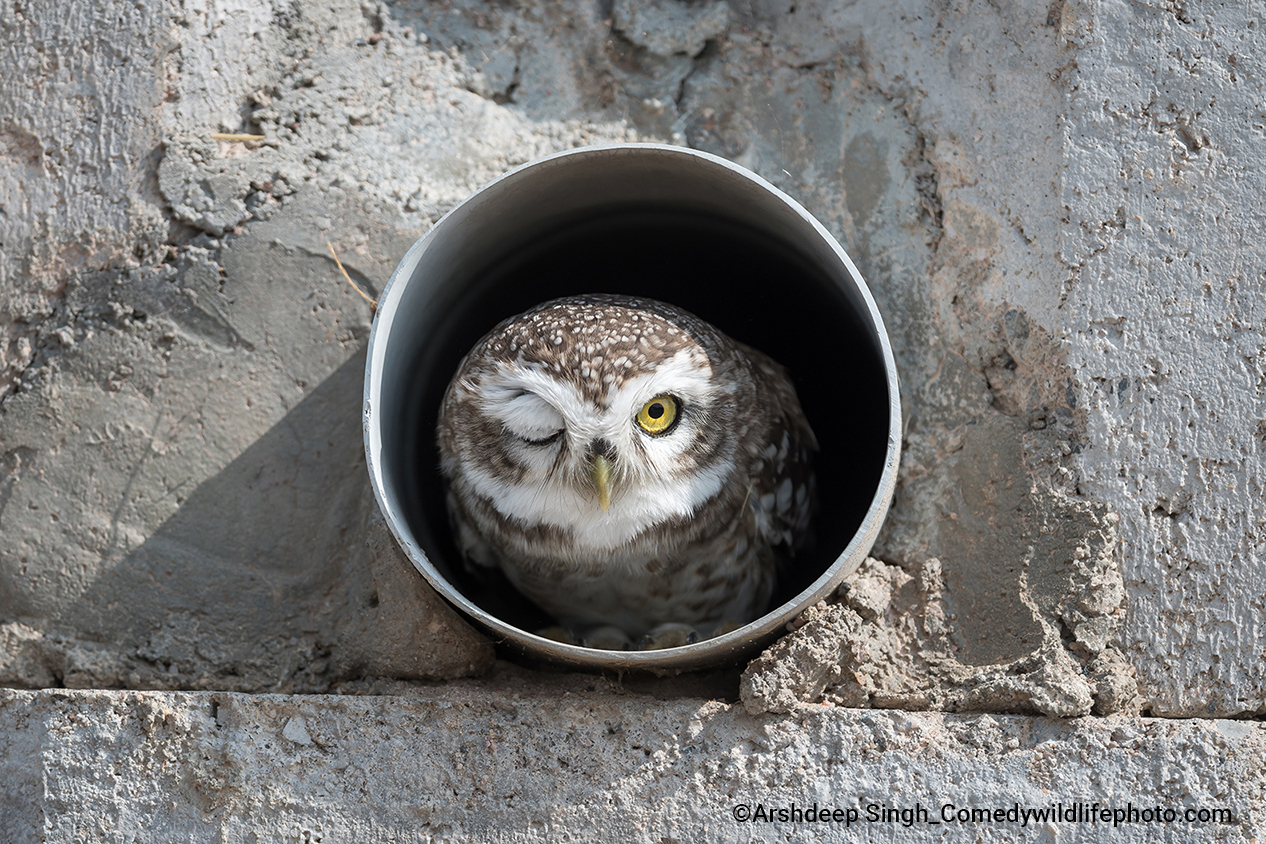 Five: Our favourite photos from this year’s competition also include some that didn’t win. Like this one—’Fight Back’ by John Chaney—that captured a bear’s failed attempt at catching a salmon fish in Alaska. Animal-fails are the best, lol! 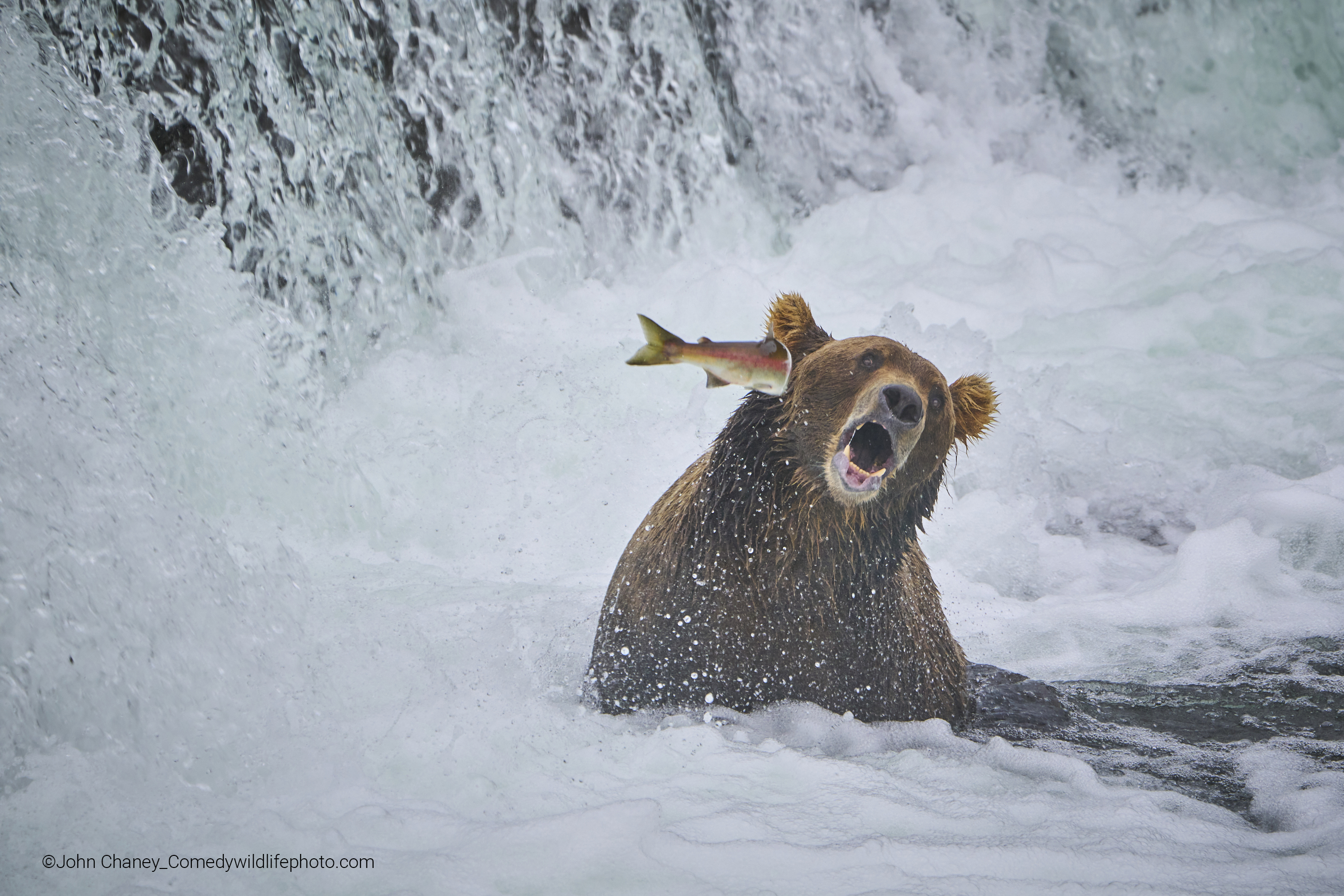 Six: This one offers the perfect teaser of what we plan to do over the upcoming Christmas holidays. Ah yes, that’s the spot! ‘Monkey Wellness Centre’ was captured in Cambodia by Federica Vinci. 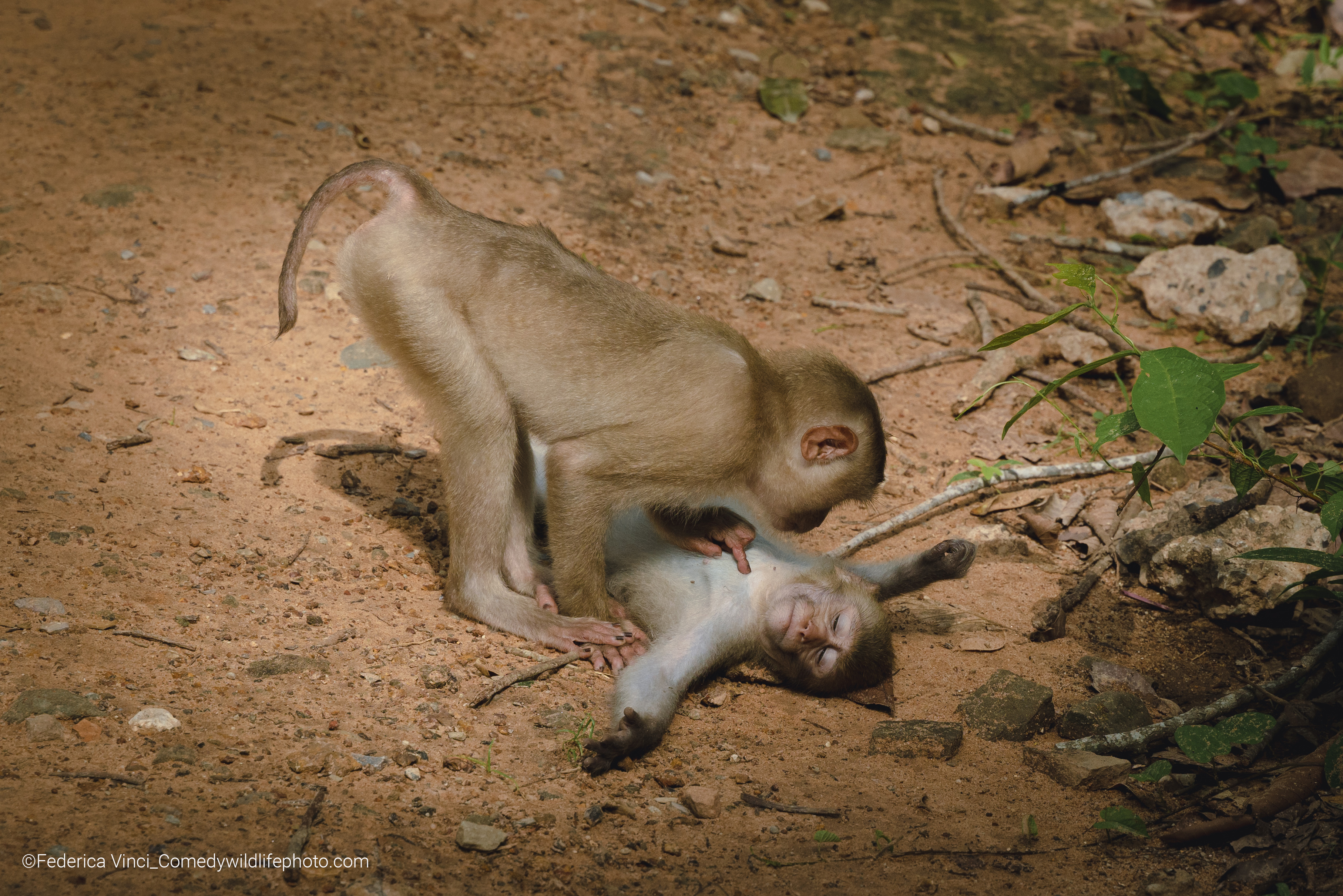