The company has filed a case in the Karnataka High Court—challenging some of the government’s orders to take down content and accounts. We now have details of Twitter’s argument which states:

“The blocking orders are challenged on the basis that they are procedurally and substantially non-compliant with Section 69A, are manifestly arbitrary, fail to provide the originators prior notice and are disproportionate in several cases.”

It also revealed that between February 2021 and 2022, the IT ministry issued 10 blocking orders—to take down over 1,400 accounts and 175 tweets. Of these, Twitter is challenging 39—saying they “fall foul” of the “narrowly tailored” grounds of Section 69A of the IT Act. In other words, they are not challenging the law—but claiming that the government has violated it. Indian Express has more details on Twitter’s petition. Mint crunched the numbers mapping an escalation in blocking requests. The Telegraph explains why this is a critical test case.

Alt News co-founder Mohammad Zubair was denied bail—sent to six days in police custody in Uttar Pradesh. He has moved the Supreme Court and sought an urgent hearing. The court tentatively agreed to hear the case today. Meanwhile, Zee News anchor Rohit Ranjan—who is facing two FIRs related to a doctored Rahul Gandhi clip—has also sought the Court’s protection. That case too will be heard today.

Beijing is testing 5G connectivity on the other side of the Ladakh border—and it’s creating a “strange booming sound” in military communication equipment. Defence Ministry researchers are scrambling to find a solution. One possible option: “Plans are being discussed to launch a new satellite to be used for the Indian armed forces which will help in using the K-band frequency.” Meanwhile, villagers in Ladakh are grumbling that they don’t even get 4G. (New Indian Express)

Speaking of China: The Enforcement Directorate raided at least 40 offices of the Chinese phone company Vivo on suspicions of money laundering. The ED claims that the company “remitted” about 50% of its turnover—Rs 624.7 billion (62,476 crore)—to avoid paying taxes. It also said that employees “did not cooperate with the search proceedings and tried to abscond, remove and hide digital devices which were retrieved by the search teams.” The Chinese embassy warned that “frequent investigations” like these “chills the confidence and willingness” of other foreign nation’s businesses to invest in India. (Mint)

According to the WHO, the variant, BA.2.75 was first reported in India and is now present in at least 10 other countries. It is highly infectious but we don’t know if it causes more severe disease or is better at dodging the immune system. Point to note: cases around the world have jumped nearly 30% over the past two weeks—due to “dramatic reductions” in testing, little enthusiasm for booster doses, and delays in treatment. India has reported 64,300 cases this week. Be careful out there, folks! (Hindustan Times)

The good/bad news on hunger

The total count so far is nine—thanks to the latest revelation that Musk had twins with Shivon Zilis—a top executive at his neurotechnology company Neuralink. They were born in November, just weeks before he welcomed his second baby with singer Claire Boucher “Grimes” via a surrogate. The news became public thanks to a court filing to change the babies’ names to include ‘Musk’. Given that kids with Grimes are called X Æ A-Xii and Exa Dark Sideræl, we can’t wait to learn the first names of these kids. FYI: Grimes and Musk broke up right after the story was published. (Insider paywalled or The Guardian)

The company has introduced an extreme security measure—designed for politicians, activists and journalists who are targets of cyberattacks (think: Pegasus). Here’s how it works when activated by a user:

The feature will be rolled out in fall on iOS 16, iPadOS 16, and macOS Ventura. (The Verge)

In other tech-related news: Indian company InMobi is headed to US shores with its platform Glance—which is backed by Google. In India and other Asian markets, it serves up news content and casual games on locked screens for about 400 million Android phones. But the US offering will be a premium version—available for a fee. The sasta tikau model—with ads—will likely be rolled out on Pragati—the cheap Android phone being developed by a Google-Jio partnership. FYI: Apple is also eyeing this prime real estate for content. So expect your iPhone screens to get busy as well. Futurism isn’t excited at the prospect at all. (TechCrunch)

Being hangry is a real thing

A new study confirms what most of us already know: an empty stomach turns many of us into grumpy grizzlies. It found that hunger is closely linked to emotions of anger, irritability and unpleasantness. But they have not figured out why. It may be a side-effect of low glucose levels which increase impulsive behaviour and aggression. FYI, here’s why the study’s lead author Professor Viren Swami undertook the study: “[The research] came about partly because my wife is often saying that I'm hangry, but I didn't think being hangry was real.” All of which goes to show that women know best lol! (Science Focus)

In 1994, Stephanie Clegg paid $90,000 for a Marc Chagall painting—or so the auctioneer Sotheby’s claimed. Sotheby’s again reappraised the painting in 2008 at $100,000. When Clegg got ready to sell the artwork, the auction house sent the work for authentication to a panel of experts in France. The Comité Marc Chagall has now declared it a fake—and refuses to give it back. The committee wants to destroy the painting instead—because in France, they have the legal authority to get rid of counterfeits.

Clegg is suing Sotheby’s which isn’t taking the blame—claiming it only vouches for the artwork it sells for five years. Why this matters: it points to how unstable claims of authenticity in the art world can be. Also see: $450 million Salvator Mundi—the most expensive piece ever bought at auction. (New York Times) 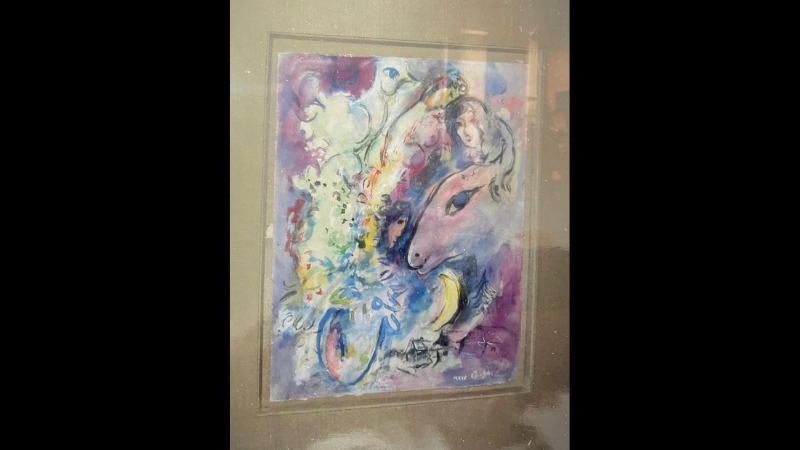 One: Five speech therapists are being tried for sedition for illustrated books for children. The reason:

“Plots contain allegories about the 2019 protests, a failed attempt by a group of 12 protesters to flee to Taiwan by speedboat, and a strike by medical workers at the start of the pandemic calling for Hong Kong to seal its border with China.”

They’re accused of “seditious intent”—and inciting hatred against the government. See an example below—taken from a story about wolves and sheep. No prizes for guessing which one is the Chinese government. (Al Jazeera) 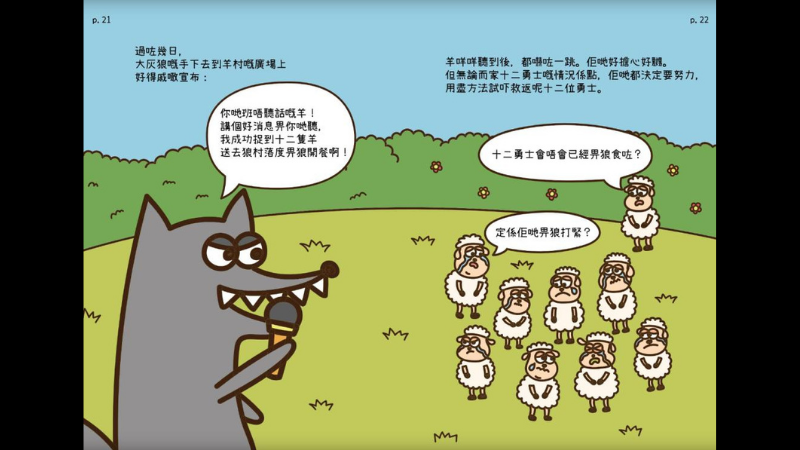 Two: Say hello to the newest dog breed recognized by the American Kennel Club. Bracco Italiano is also known as the Italian pointer—and is a hunting dog whose lineage is older than two millennia in Europe. Point to note: animal activists say recognising new pedigrees encourages puppy mills and greedy breeders. That said, the Bracco looks like a cute mix of a bloodhound and beagle. (Associated Press) 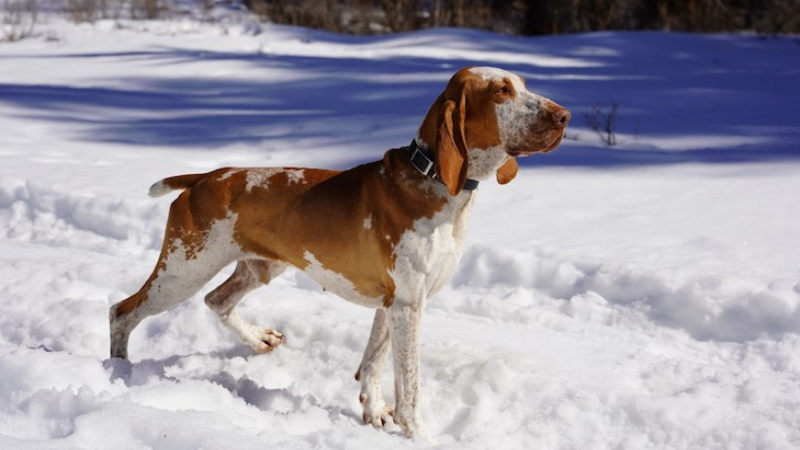 Three: The Taliban has excavated a not-so-ancient relic—the white Toyota Corolla used by its late founder Mullah Mohammad Omar to escape US troops in 2001. The car will be displayed at the national museum in Kabul—alongside cars and coaches of former kings and prime ministers. We wonder what Toyota feels about this unexpected honour:) (The Guardian) 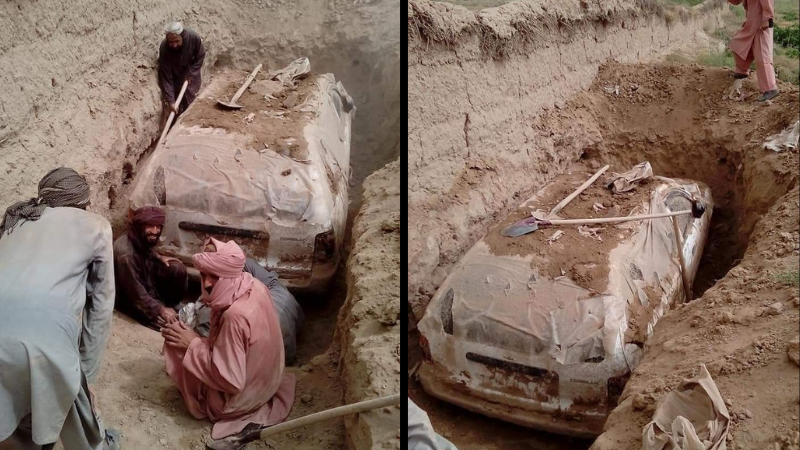