Researched and collated by: Vagda Galhotra

Related thing to see: In the midst of air raid sirens, Ukrainians lined up for hours to buy newly issued stamps that show a soldier giving the finger to the flagship Russian cruiser Moskva—which was sunk by Ukrainian missiles. (The Guardian) 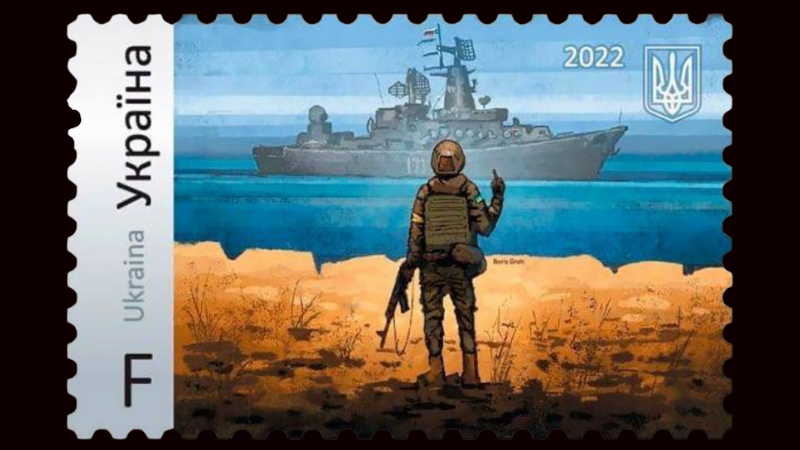 Editor’s note: If you need more context, we highly recommend reading our Big Story on the historical roots of the conflict, effectiveness of economic sanctions, return of the Cold War, what is driving Vladimir Putin, India’s “balancing act” and the looming oil crisis.

Covid numbers tick up in India

We reported 2,067 new cases on Wednesday—but more worrying is the fact that R value is now higher than one. R value measures how many people will be infected by a person with Covid. Any value above one indicates that the virus is beginning to spread. We are now at 1.07—which is a jump from 0.93 last week. But experts say it doesn’t necessarily indicate a new wave:

“It’s too early to say whether it will be a wave; there have been a couple of instances, for example in last August-September, when the R-value was higher than 1 but it was not termed a wave. An R-value of greater than 1 doesn’t mean that it is a wave.”

Meanwhile, Delhi has made masks mandatory again—as its number of new cases spiked to 1009. (Indian Express)

Julian Assange is headed for the US

A UK court has formally approved the extradition of the Wikileaks founder to the United States. He faces 17 charges for violating the Espionage Act by leaking classified documents related to the Iraq and Afghanistan wars. Assange will likely appeal the decision. (BBC News)

Speaking of celebrity crimes: Rakim Mayers, better known as A$AP Rocky—and as Rihanna’s boyfriend—has been arrested. He is accused of shooting multiple times at a person on a street in Los Angeles in November. FYI, this isn’t his first brush with the law. In 2019, Mayer was arrested in Sweden after a street fight—and was rescued by then President Donald Trump who fought for his release. (NBC News)

A MediaNama investigation shows that the company’s super-app—which hosts a variety of Tata brands from Croma to BigBasket—is collating and bundling user data across its companies. More importantly, it is doing so without user consent—unlike, say, Facebook or WhatsApp. MediaNama explains why this is a problem.

A breakthrough on prostate cancer

Scientists have found a link between five species of bacteria to rapid progression of the disease: “Men who had one or more of the species in their urine, prostate or tumour tissue were 2.6 times more likely to see their early stage cancer progress to advanced disease than men who did not.”

Point to note: The research does not establish a cause-effect relationship but it is a big step toward confirming their role: “If you knew for sure that a species of bacteria was causing prostate cancer, you could work out an antibiotic to remove it and that would prevent progression, one would hope.” (The Guardian)

No, this isn’t about rising sea levels but “subsidence”—where land settles and compacts due to changes below the earth’s surface. And it is caused by human activities like groundwater pumping, oil and gas drilling and construction. A study of 99 cities found that it is causing many of them to sink by several centimetres a year—the worst among them being Tianjin (5.2 cm/year) in China—followed by Semarang (3.96 cm/year) and Jakarta (3.44 cm/year) in Indonesia. FYI: This article puts an entire state—Kerala—at #9 but we found no mention of it in the original study. (Quartz)

NASA’s moon rocket is in trouble

NASA’s Artemis moon rocket was supposed to go through a ‘wet dress rehearsal’: “a detailed practice of the countdown that is called ‘wet’ because it includes loading more than 700,000 gallons of ultracold liquid hydrogen and liquid oxygen into the rocket’s propellant tanks.” But after a series of glitches, the rocket is being hauled off the dock—and being taken back for repairs. Mashable has more details on what went wrong.

Wannabe Twitter-owner Elon Musk promised to make its algorithm public. Well, made-in-India Koo has beaten Musk to it. The platform published its algorithms yesterday to promote greater transparency—and make it clear why certain tweets are more visible than others to users. But as of now, it doesn’t allow a person to change the logic of the algorithm or tweak how it works. FYI, Koo already has voluntary self-verification in place—unlike Twitter which bestows it at its will. (Economic Times)

Indian Reddit users are convinced that a scene in Marvel’s ’Shang-Chi And The Legend of The Ten Rings’ is a direct rip-off from ‘Bajirao Mastani’. Check it out for yourself.