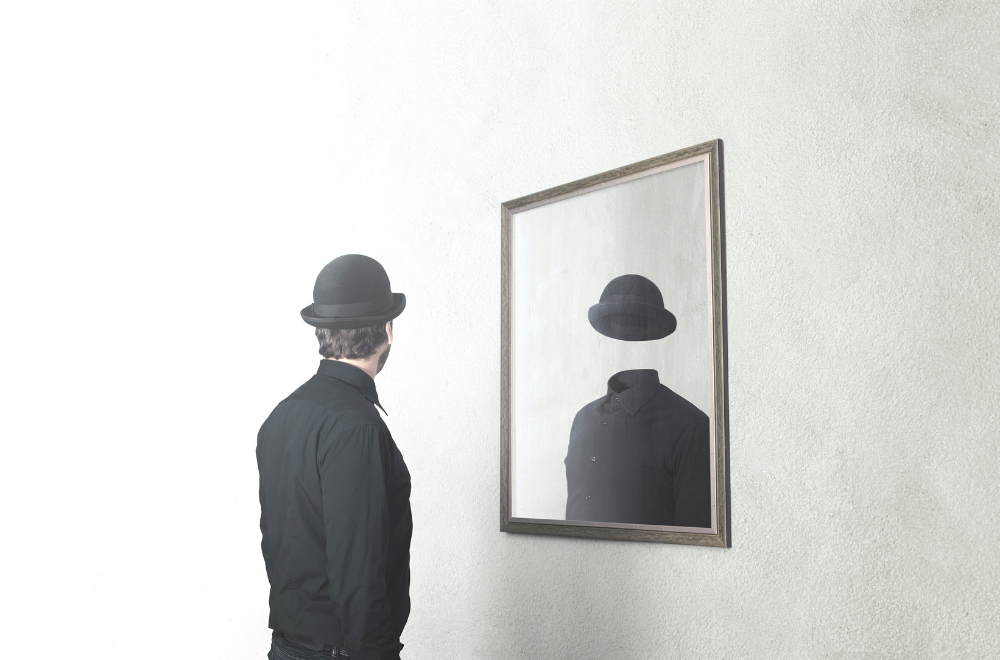 Bas Uterwijk uses Artificial Intelligence to transform classic paintings and sculptures into hyper-realistic ‘photos’ of famous historical figures. They are simply amazing. The above is Vincent Van Gogh’s self portrait. There’s more over at .

THE LADAKH PROBLEM: AN UPDATE The latest ‘leak’ claims that the Chinese foreign minister is desperate to meet his Indian counterpart Rajnath Singh at the sidelines of an upcoming international summit. says Singh will indeed deign to meet him. says Singh’s playing hard-to-get—citing a “tight schedule.” Meanwhile, Beijing New Delhi of ganging up with Washington DC to bully a bechara China.   Also walking out on China: The English Premier League which its £550 million broadcasting deal with Chinese streaming service PP Sports two years ahead of schedule—even though the league is struggling from a loss of revenue. No reasons were offered for this sudden decision except that it is financial not political. Hmm.    SOFTBANK EYES TIKTOK INDIA The mega-venture fund SoftBank (of WeWork infamy) is trying to assemble a group of bidders to vie for TikTok India. But talks with the heads of Reliance Jio and Bharti Airtel have fizzled. Point to note, SoftBank has plowed bags of money into India:   > “SoftBank founder Masayoshi Son has a long history of investing in India and a deep network of local business connections. Local > startups backed by Son include e-commerce provider Snapdeal.com, ride-hailing service Ola Cabs and hotel-booking app Oyo Rooms. > In December, SoftBank poured $275 million into eye-care provider Lenskart, minting India’s latest unicorn.  The company is also > part of a solar power joint venture with Bharti Enterprises Pvt. and Taiwan’s Foxconn Technology Co. Son helped pave the way for > Walmart’s entry into the country by selling its stake in Flipkart Online Services Pvt Ltd. in 2018.”   It may not be as easy for the government to fob off SoftBank—even though it has a minority share in recently banished Tencent (best known for PubG). () Verizon & Amazon eye Vodafone India: The US telecom company and Amazon are in talks to throw a $4 billion lifeline to the company—which is being crushed by Jio and a Rs 500 billion bill which it owes to the government. ()   FACEBOOK FINALLY CRACKS DOWN BJP MLA from Telangana, T Raja Singh, has been banned from both Facebook and Instagram. This is the guy who was being protected by Ankhi Das, FB’s policy chief. Singh had been flagged by the company’s moderators as a “dangerous individual” who should be banned for saying a variety of ugly things. Examples: Rohingya Muslim immigrants should be shot, Muslims are traitors and mosques should be destroyed. But FB India’s policy chief had intervened—which triggered the ongoing ruckus. Interestingly, the move came soon after the company in front of a parliamentary committee. Don’t know what this is about? Read our . ( or read )   PUT PESKY MESSAGES ON ‘VACATION MODE’ A rumoured new WhatsApp feature will allow you to keep archived chats entirely out of sight. They will remain hidden even when you receive a new message from that person or group. To which we say: yes, yes, yes! ()   A CRIMINAL COMPLAINT AGAINST BLOOMSBURY Last month, the publisher withdrew the controversial book ‘Delhi Riots 2020: The Untold Story’—which claimed that the Delhi violence was a result of a conspiracy between jihadists and ‘urban naxals’ (see our explainer ). Now the authors have filed a police complaint accusing Bloomsbury of criminal breach of trust, cheating, mischief, and misappropriation of property. It also takes aim at authors like William Dalrymple, Meena Kandasamy and Aatish Taseer for campaigning against the publishing of the book. News sites like Quint and Newslaundry are accused of illegally accessing a pdf version of the book. ()   THE GLOBAL PANDEMIC: A QUICK UPDATE * At least —25% of those registered—did not take the Joint Entrance Exam for engineering due to fears of infection.  * In far better news, the suicide rate in Japan has dramatically due to reduced working hours and government assistance. A new study notes, the “number of averted suicide deaths during the pandemic is 1,027 from February to June 2020 [while] the number of direct deaths from Covid-19 is 974.” * Dubai is planning to revive its pandemic-shocked economy by attracting wealthy older expats. The carrot: A five-year . One problem: Dubai is way more expensive than other retiree meccas like Spain and Costa Rica. * The virus has resulted in all sorts of odd sexual safety advice and practices. among them: The glory hole. No, it is not what it sounds like. * Delhi recorded of 2,509 cases—the highest in 60 days. But, hey, the Metro will be operational starting next week.   FINALLY, GOOD NEWS ON AAREY The Maharashtra government will reserve 600 out of 3,000-acres in Aarey Milk Colony as a protected forest. The area sparked a public storm when the previous government felled over 2000 trees to make way for a metro shed. To be clear, that part of Aarey is not part of these 600 acres. Why this matters: Aarey has 27 tribal hamlets, with an adivasi population of over 10,000—and is home to 290-plus wild species of flora and fauna. Activists campaigning for its preservation say the latest move is a good step, but nowhere close to enough. ()   In worrying ecological news: An Indian Oil tanker carrying 2 million barrels of Kuwaiti oil . Crew members have been evacuated and 🤞🏽 we won’t end up with another oil spill (See: ).   AN EXCELLENT LIST OF THINKERS The pulled together a list of the world’s 50 top thinkers. In the #1 spot, Kerala health minister KK Shailaja who received the honour for her masterful handling of the pandemic. Hey, she nudged out New Zealand PM Jacinda Ardern who came in at #2. And that’s no mean feat.

Cardi B and Megan Thee Stallion have been getting a lot of grief for their super-raunchy duet ‘WAP’. Irrespective of whether the song is to your personal taste, this 80s R&B is guaranteed to make you lol. (Full version )

A LIST OF INTRIGUING THINGS : An excellent synthesizer made of melons (?!) : A type of butterfly that does its desperate best to attract ants—including concocting nectar in a special gland in its abdomen!   : This PBS clip is titled ‘Did You Know Gorillas Can Sing?’—it’s more humming, really. But more pertinently, it should be titled ‘Did You Know that Gorillas Live in a Semi-Permanent Flatulence’.

THREE THINGS TO WATCH… One: ‘’—yes Grease!!!—just dropped on Netflix. Enuf said.   Two: ‘’ is pure South Mumbai silliness, but spending time with Neena Gupta playing real-life mom to her daughter—is a whole lot of fun.    Three: HBO’s ‘’ reboot is an unadulterated film noir delight.   ONE PODCAST TO STREAM… We discovered Bitches Brew hosted by Alina Gufran & Aditi Sivaraman thanks to founding member Kruthika Ravi Kumar—and really enjoyed their no-bs, super-smart discussion of love in the time of corona. Listen to them .

: You don’t always have to speak truth to power—especially if it involves boneless chicken wings.   : No, your pets do not enjoy having you around all the time. : If you want to rat someone out, don’t pick anyone remotely your size.