A child draws the outline of a body.
She draws what she can, but it is white all through,
she cannot fill in what she knows is there.
Within the unsupported line, she knows
that life is missing; she has cut
one background from another. Like a child,
she turns to her mother.

And you draw the heart
against the emptiness she has created.

This is ‘Portrait’ by American poet Louise Glück who has won the Nobel prize for literature for “her unmistakable poetic voice that with austere beauty makes individual existence universal." She is the 16th woman to win the honour. Read more in The Guardian, and this lovely 2012 New Yorker review of her work. 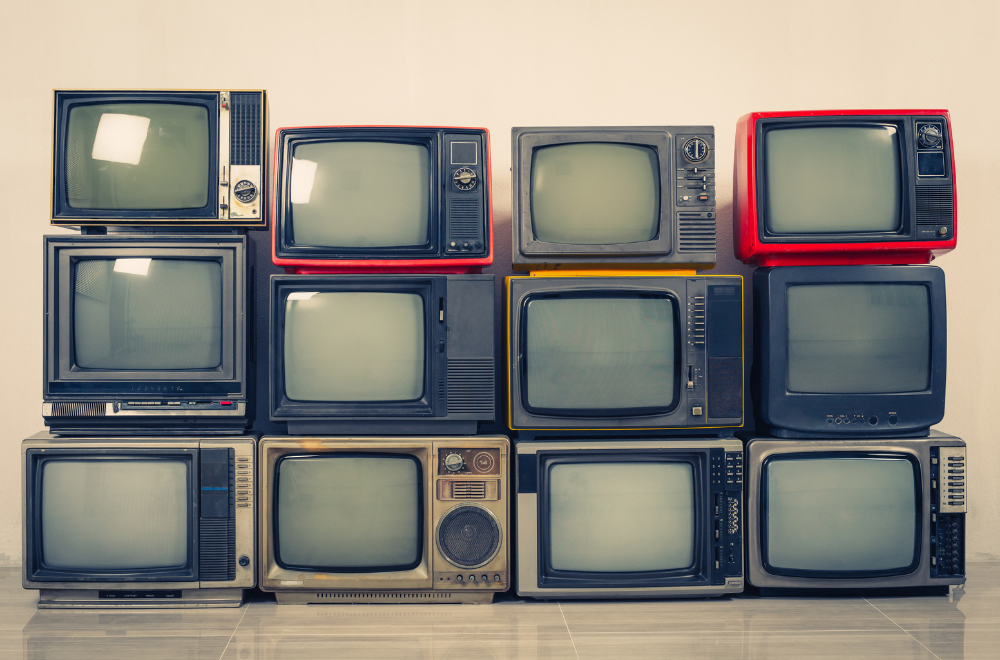 The TLDR: The Mumbai police opened a new—and unexpected—front in its ongoing war with Arnab Goswami. They have filed an FIR charging Republic TV and two Marathi channels—Fakt Marathi and Box Cinema—of manipulating their ratings. Owners of the two Marathi channels have been arrested, and the police commissioner has promised to move against Republic as well: “We will examine directors, promoters, employees, those who look after advertising, distribution and funding of Republic TV."

Arnab variously threatened a defamation suit against the Mumbai police, pointed his finger at India Today, and begged his audience to stand by him in the need of the hour. Watch suitably deranged video below:

Before we get into the case, it is important to understand how TV ratings work in India:

Viewership numbers: BARC collects this data via 44,000 ‘Bar-o-meters’ installed in households across India. The meters detect ‘audio watermarks’ that are embedded in the video content—which is how they track what a person is watching.

The sample: The households are selected in a two-step process to ensure they are representative of the larger TV audience. First, there is an annual face-to-face survey of 300,000 households—and the final list of 44,000 homes is randomly selected from this lot.

The checks: BARC hires multiple agencies to monitor and collect data from these meters. A separate vigilance arm also keeps an eye out for suspicious or unexplained spikes in numbers—and checks in on the households either in person or over the telephone.

According to the police, employees of one of the agencies hired by BARC—Hansa Research—bribed a number of households to boost ratings: “Certain households were paid to keep their television sets on irrespective of whether they were at home or not, even with some English channels for uneducated individuals.”

And they have specifically named a former Hansa employee named Vishal Ved Bhandari who confessed to bribing households to benefit Republic TV. They say Bhandari and an accomplice were caught in possession of Rs 28.5 lakh.

How this works: It is not that difficult to manipulate TRP data because BARC’s sample size is exceedingly small—especially for English news channels, which account for 1.5% of total TV viewership across India. Therefore, they are represented by a mere 700 households out of the 45,000 BARC sample. As one source explains:

“What actually happens is that while your sample is around 700, not all of them are watching English TV news every day. Actual watching will be around 350 homes… if you manage to rig 10 among the heavy viewing homes, then you can swing the needle big time.”

Another popular scam: Bribing cable operators to make a particular channel the ‘landing page’ of subscribers—i.e. it is the channel that opens by default each time you turn on the TV.

Why this matters: 70% of TV revenue comes from advertising. Even a small manipulation in ratings—especially given the small sample size—can have a very lucrative impact on a television company’s bottomline.

His channel’s stratospheric ratings are Arnab’s pride and joy—and cause for almost continual gloating. But as Caravan points out, these numbers have long been dubious.

While the organisation has dismissed previous complaints about Republic, it is hedging its bets this time around:

“BARC remains steadfastly true to its purpose to accurately and faithfully report ‘What India Watches’. BARC India appreciates the efforts of the Mumbai Police and will provide the support asked of it."

The bottomline: Republic is not the first TV channel to use every means available to manipulate ratings. As one veteran TV anchor told Caravan: “The problem with this whole thing is that nobody is clean… The grouse now is that Arnab does it better than them.” But what was once tolerated as an open dirty secret has now become valuable ammunition in a political war.

Times of India has the best reporting on the case. Indian Express and The Hindu explain different aspects of the rating system. The Caravan has a well-reported must-read on Republic TV’s TRPs. The Print looks at the battle within the TV industry which itself is split between two industry organisations. 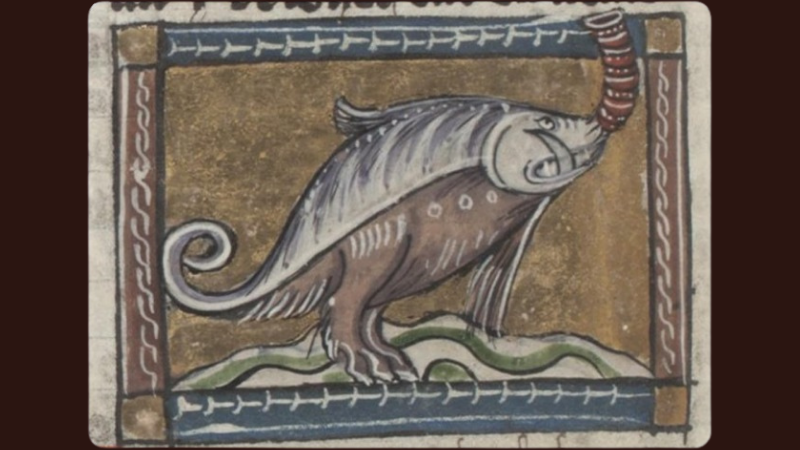 This is our favourite image in this delightful collection of animals found in medieval paintings—as (very fancifully) imagined by painters who had never set their eyes on them! What’s this creature supposed to be? Why, a hippopotamus, of course!

In August, Future Group struck a Rs 24,700-crore deal with Reliance selling some of the biggest chain stores in the country—including Big Bazaar, Foodhall etc. This was considered a big boost (explained here) to Ambani’s retail empire. The problem: Amazon had already bought a 49% stake in Future Coupons in 2019—with the right to buy a chunk of its retail arm between 3-10 years of that investment. The agreement gave Amazon the first right of refusal on Future’s retail assets—and included a non-compete clause barring their sale to a rival, specifically mentioning Reliance. Now, Amazon has sent a legal notice to Future and approached an arbitration body in Singapore.


The presidential debate that may never happen

Donald Trump refused to participate in a planned virtual ‘townhall’ debate—that would keep both candidates isolated from the audience. Trump’s problem: “That’s not what debating’s all about; you sit behind a computer and do a debate, it’s ridiculous. And then they cut you off whenever they want.” But Biden isn’t willing to share a stage with a, umm, recently diagnosed Covid patient. So the second debate may never happen. (Vox)


A flurry of bad India data

The World Bank predicts that our economy will contract by 9.2% in the coming year. A new survey found that average income of returned migrant workers plummeted 85% by mid-August—and 35% of them had no work at all. A mental health survey of Indian professionals by LinkedIn raised a bunch of red flags around WFH:

“60% of Indian professionals felt lonely at some point while working remotely, 37% continue to feel so. More than one in three also believe that working remotely has been slowing down their career progression (41%), making them feel more lonely (37%), and harming their work-life balance (36%).”

Point to note: 51% of the Indian workforce is working remotely right now.

The great pandemic: a quick update

An elderly couple—running a dhaba in Malviya Nagar in Delhi—were struggling to make ends meet. Then a video of their woes went viral. Soon Bollywood celebs were urging everyone to sample their delicious wares. The result: 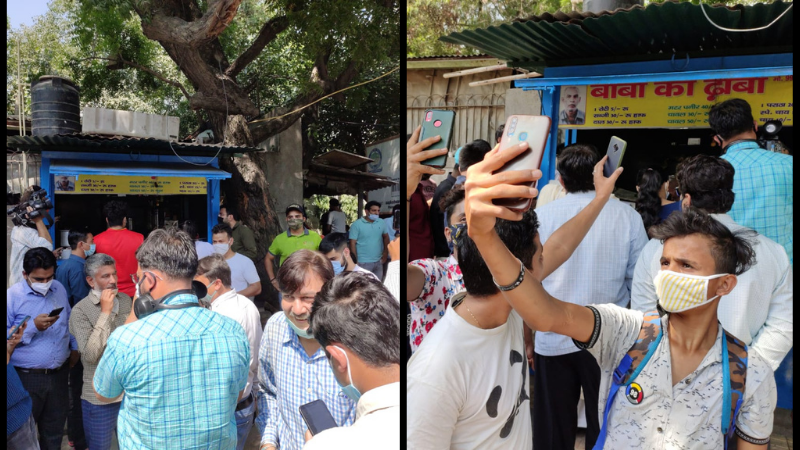 Sweet but… also, eeks! Also: Did you do any good if you didn’t take a selfie while doing it? The Hindu has more.

The royal scion has unveiled a £50 million Earthshot Prize. and the prince at least is calling it the “most prestigious global environment prize in history.” How it works:

“Starting in 2021, the Earthshot Prize will be awarded annually to five people, organizations or groups for solutions to the five "earthshot" objectives: protecting and restoring nature, cleaning the air, reviving oceans, building a waste-free world or fixing the climate. As a result, the hope is to have at least 50 solutions to problems within each of these five areas by 2030.”

Dogs don’t care about your face

Y’know those special moments when your pooch stares adoringly into your eyes? Guess what? It isn’t special to them at all! A new study showed human and canine participants short videos of human and dog faces, and the back of human and dog heads—and then tracked their brain activity. The dogs felt absolutely nothing when looking at a person’s face as opposed to the back of their head. In fact, they prefer looking at other dogs rather than us. But hey, they still adore our very special BO. (Inverse)

In related research: A new paper claims that there are distinct personality differences between ‘dog’ and ‘cat’ people. Feline lovers score higher on openness and neuroticism—and were more likely to be women. Dog lovers are more agreeable and extroverted. Point to note: most of the respondents were white women so 🤷‍♀️.

This is certainly not a big headline, and we’re not sure it really matters. But we thought it would be entertaining—and informative—to share the numerous times that Instagram & Facebook refused our request to promote some of our biggest stories. Here is a short and illuminating list:

The lead story: Law? What Law?: A series of outrageous events in Hathras (October 5). This was our recent explainer on the phone tapping, evidence of rape etc.

Reason for rejection: “It mentions politicians, topics that could influence the outcome of an election, or existing or proposed legislation.”

The lead story: The Great Indian Inquisition: WTF is happening with Deepika Padukone? (September 25) This was our explainer on the targeting of Bollywood celebrities by the Narcotics Control Board. No, we did not use any profanity—despite great provocation.

The lead story: A Lotus Blooms in America: Kamala Harris gears up to make history (August 12). Our explainer on Harris when she was picked by Joe Biden as his running mate.

Reason: “It mentions politicians, topics that could influence the outcome of an election, or existing or proposed legislation.”

Reason: “It mentions politicians, topics that could influence the outcome of an election, or existing or proposed legislation.” For this one, approval required a PAN card number for an ID verification process and a home visit 😱.

Where is Ankhi Das when you need her:(

The likes of Sarah Silverman, Chris Rock and Mark Ruffalo got butt-naked—yes, literally—to raise awareness about ‘naked’ ballots. What are those? Watch the video!

So you want to learn about Indian art…

There are plenty of fab guides to Western art, but anyone who is curious about Indian art is often left at sea. Now, there’s Art History Plus—both on YouTube and Instagram—that offers an unpretentious introduction to our cultural heritage. Made by Vaibhav Raj Shah, each episode of ‘Art Explained’ takes one painting and teaches an untutored eye how to really ‘look’ at it. Below is one on ‘You Can’t Please All’ by Bhupen Khakhar. PS: This is a lovely way to introduce teenagers to Indian art.

So you want to learn about pop music…

‘Song Exploder’—a wildly popular podcast hosted by Hrishikesh Hirway—is now a Netflix docu-series. Each of the four episodes features a famous musician—Alicia Keys, Lin-Manuel Miranda, R.E.M. and Ty Dolla $ign—explain how they created one of their songs. Warning: this is the kind of thing you’ll enjoy only if you love that song or artist. So you may want to check out the far wider selection offered by the podcast.

‘The Haunting of Bly Manor’:—the series sequel to ‘The Haunting of Hill House’. Cnet warns that this “Gothic Romance-influenced ghost story”—based on Henry James’ ‘The Turn of The Screw’—will “wring your chest in the same achingly painful, yet intoxicating way.”

‘Emily in Paris’: the latest offering from ‘Sex and The City’ creator Darren Star—which has quickly become everyone’s favourite hate-watch. OTOH, this Vox review reminds us of the "seductive absurdity" of 'mindless' drama—especially given the state of the world.

One: To get you in the mood…

Two: To teach you some groovy moves.

Three: To ensure that you pick the exact right dance partner...

Four: Or the right posse of pals...

Five: This one is just because...

You are reading 1/5 free newsletters


If you are a subscriber, please Log in.
Have questions? Check out our FAQs page