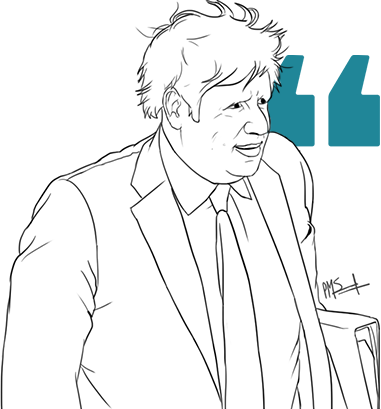 He followed the instincts of every father and every parent, and I do not mark him down for that… I believe that in every respect, he has acted responsibly, and legally, and with integrity.

That’s PM Boris Johnson who came out all guns blazing to defend his closest adviser (and Brexit guru) Dominic Cummings. The Dom-Dumb broke lockdown rules multiple times after he and his wife tested positive for Covid-19. His jaunts across the countryside included several 260-mile drives—and even a visit to a local castle!  But  hey, “It's not like he was visiting a lover”—as Boris reportedly told fellow Tories. Illustration: Parth Savla First, the numbers: India registered 7,097 new cases on Sunday, the largest ever 24 hour jump which takes the total to 1,38,526. The death toll: 4,024. India is now #10, surging past Iran. The primary cause for this escalation: Maharashtra whose tally has crossed 50,000. A new study predicts that India will hit its peak in late June, reaching over 7,500 cases a day. Er, aren’t we already at 7K?

The TLDR: The Union government ordered the resumption of domestic flights from today—in a limited fashion. But pushback from badly affected states like Bengal and Maharashtra led to last minute ‘modifications’, creating total chaos in flight schedules.

First, are there going to be flights or not?

Yes. The original directive issued by the government still holds… for the most part. And more than a 1,000 flights will take off today—and the daily target is 1,095. As per the plan:

What does “contactless” mean?

The process is set up to actively discourage any physical contact from the moment you reach the airport. 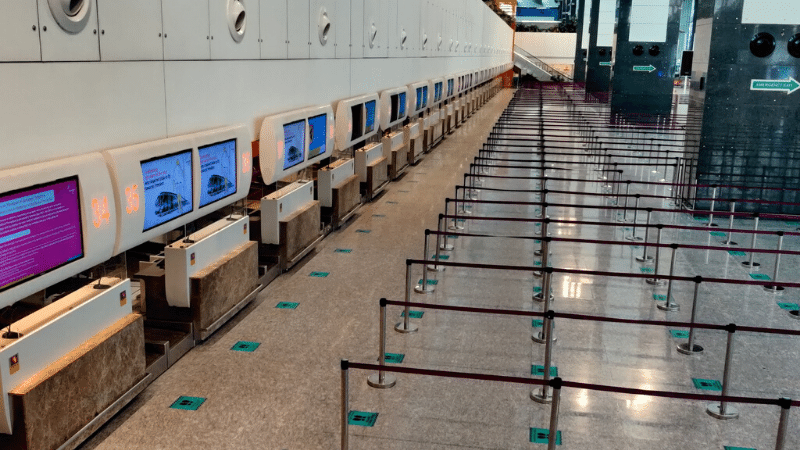 Ok, now tell me about this last-minute chaos.

Haan, so as is now routine with our government, they first issued a bada advisory… and then issued a series of modifications late last night. The reason: a big push back from states still struggling to contain the spread of Covid-19. Take Maharashtra, for example. The number of permitted flights swung wildly between Thursday and Sunday night. An airline executive sums up the chaos:

“After yesterday’s announcement by Mumbai Airport, we were on standby to cancel all flights to and from Mumbai, then we were told that 45 departures and 45 arrivals [per day] will be permitted. Finally it was reduced to 25 departures and 25 arrivals. We had to cancel at last moment and inform passengers. Things should have been done in a more planned manner.”

The result: airlines are dealing with lots of angry passengers who will not receive refunds for cancelled flights. Smarter airlines like GoAir decided not to take any bookings until today—once they know exactly what each state has decided.

Making it even messier: separate quarantine rules set by each state. For example, Kerala has imposed a mandatory 14-day home quarantine for all arrivals. OTOH, there is no quarantine required in Gujarat or Bihar. In Karnataka, passengers arriving from states with a high Covid count have to undergo mandatory 7-day institutional quarantine. Times of India has a handy chart with a state-by-state breakdown.

As one airline official told Indian Express, it’s as though airlines are now responsible for enforcing each country’s visa requirements:

"To begin with, it may not be viable for us to fly to certain destinations with quarantine restrictions. Only a handful may want to fly in such cases. Airlines traditionally do not take responsibility for visa rules and similarly it is difficult to be constantly updated with the multiple changing local requirements."

The bottomline: Despite the chaos, 60% of the post-lockdown flights are full. Around 90,000 people have booked airline seats between 25 May and 31 May. But most of them are people who were stranded away from home due to the surprise lockdown announcement. Once that logjam has cleared, most Indians will not readily book a flight that promises to be both unpleasant and unpredictable. 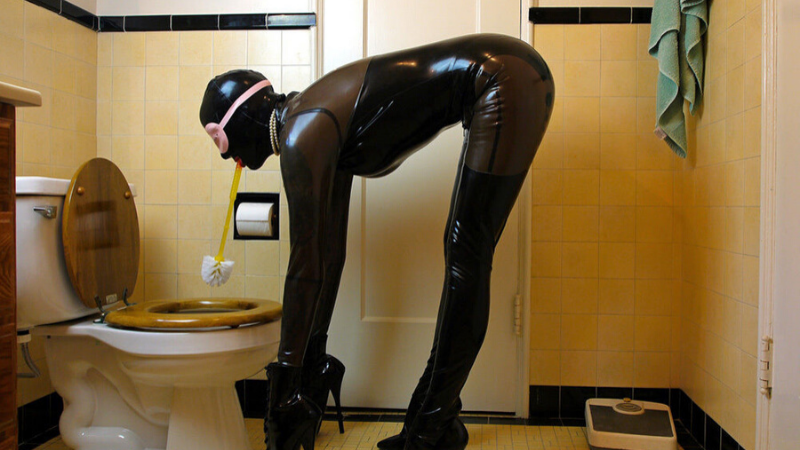 Fetish is typically the stuff of pornography. But these five photographers brilliantly transform the peculiarities of human desire into the stuff of art. Note: some of the photos in the piece are NSFW.

India-China jhagda heats up on the border

For nearly a month, Indian and Chinese troops have been involved in physical confrontations along the border in Sikkim and Ladakh. The Indian Army dismissed them as involving “aggressive behaviour and minor injuries on both sides.” Over the weekend, the Army also pushed back against reports that Indian soldiers were detained by their Chinese counterparts. The reason for increased tensions: Parts of Ladakh are disputed territory, and under Chinese control. India is now building 61 strategic roads to improve troop mobility along the border—which is making Beijing very cranky. China in turn is upping its military presence, and becoming more assertive about its territorial claims. And that is making New Delhi a little jittery. (The Hindu)

Hong Kong protests are back with a bang

Tear gas and water cannons returned to Hong Kong on Sunday. Thousands took to the streets to protest a national security law proposed by Beijing. The new law targets secession, sedition, terrorism and foreign interference in Hong Kong—and is similar to those used on the mainland to crush any form of dissent. CNN has more on the protests. Time has an excellent explainer on the law.

The mystery of the PIA crash

A Pakistan International Airlines Airbus crashed into a residential district in Karachi on Friday. Two of the 99 passengers and crew aboard miraculously survived. According to an eyewitness:

"It tried to land twice but its wheels were not coming out. And its belly touched the runway before the pilot pulled it up again. The second time he did that, I saw one of its engines was on fire because it had brushed the runway. It didn’t return a third time but crashed here."

In his last communication, the pilot said he had lost power from both his engines. But no one knows what happened. The airline insists there was “no defect related to the engine, landing gear or major aircraft system.” The pilot union is insisting on a transparent investigation, which also looks at the working conditions of the ground staff and crew. Watch the account of one of the survivors.

Mukesh-bhai unveiled his online grocery mega-store JioMart over the weekend—giving the likes of Amazon and BigBasket a very rude shock. The platform—which went live across 200 cities—launched with offerings from Reliance’s own offline stores. But it plans to add kirana stores in the future, and will also set up hyperlocal ‘Reliance Smart Points’ to allow customers to pick up their shopping in person. JioMart will eventually expand beyond groceries to include its other retail offerings such as fashion and electronics. Mint explains why the tie-up with WhatsApp will turbo-boost JioMart’s fortunes.

Who is afraid of hydroxychloroquine trials?

What does Donald Trump and the Indian Council of Medical Research have in common? They both believe—against all scientific evidence and the WHO’s recommendation—that the anti-malarial drug offers protection against Covid-19. While the Donald is happily popping the pills himself, the ICMR recommends its use for healthcare workers and family members of patients. But oddly, ICMR has blocked a proposal to conduct a proper randomised trial to see if the drug actually works. It prefers to conduct its own “observational study” instead. As a senior researcher pointed out: “It’s dangerous to not even want to look for evidence.” More so if the evidence reveals one’s own foolishness. PS: Indian Express has an excellent explainer on HCQ.

In other Trump-related news….

The New York Times published a powerful front page meticulously detailing the names and details of Americans killed by the pandemic. Then someone did this with it (h/t David Yelland): 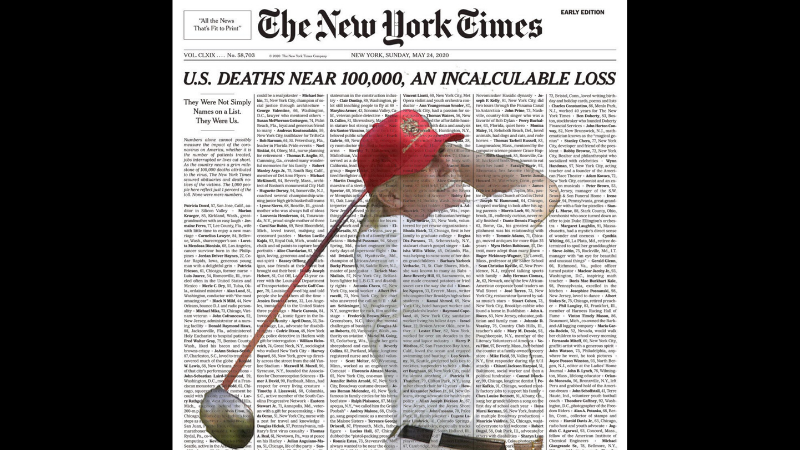 Netflix wants to save you money

The company will helpfully notify users if they have not used their streaming account for over two years—and delete them if the person does not respond to the reminder. You can change your mind and reactivate your account within ten months. Point to note: Inactive accounts make up less than 0.5% of the company's users. (Business Insider)

While the northeast is deluged with rain, great parts of north and central India will experience severe heat waves for the next 4-5 days. Meteorologists predict that the temperature in Delhi will hit 46-47 degrees. (Hindustan Times)

The Covid effect: the India edition

Bangalore has a saffron flag problem

The Bajrang Dal is allegedly marking shops run and owned by Hindus with saffron flags. These markers also popped up in Delhi neighbourhoods in February—right before the anti-Muslim attacks. A Bangalore lawyer has now filed a complaint, forcing the police to take action. (The Federal)

This is the trailer of Pixar’s short 9-minute film titled ‘Out’. It features the animation studio’s first gay lead character—and it’s streaming on Disney+. The theme: a young man struggling to come out to his parents. Deadline has more details.

Birth of a planet

This is humanity’s first ever image of the creation of a baby planet—the process by which cosmic matter rearranges itself into a new world soon to orbit around a star. (NBC News) 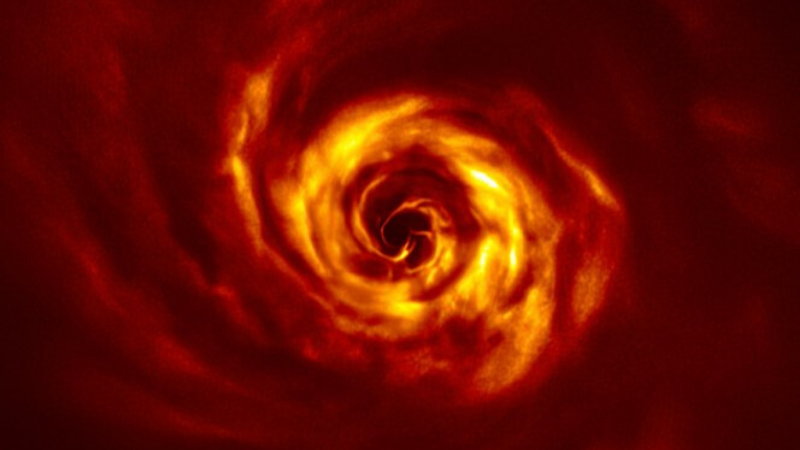 Take your pick, ladies and gentlemen! Would you like a robotic face mask that makes you look like Bane? The upside: it automatically opens up to let in fresh air when no one is close by. Or would you prefer an Israeli contraption that allows you to eat without taking off your mask? Last but not least: a very chic leather mask that won’t let you eat or breathe! Fashion is indeed a pain. 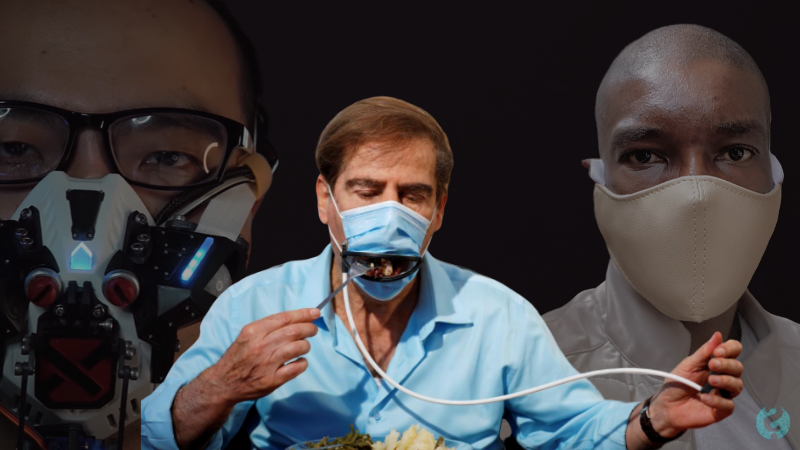 So you want to help victims of Amphan…

Bengal is reeling from the double whammy of Covid-19 and super-cyclone Amphan. Entire villages have been razed, and the army has been sent in to help. But you can do your bit by donating to one of the many brilliant organisations listed in this useful Google doc. (courtesy Ameya Nagarajan)

So you want to be more productive…

All of us—especially working moms—are continually doing more and more. All because we are worried about dropping one of the countless balls we’re juggling at any one time. But research shows that ramping up our productivity and happiness requires actually doing less. Here’s a brilliantly simple exercise that will help us be less busy and stressed out and achieve more. (Harvard Business Review)

So you love Gillian Anderson…

Why not watch her play Blanche Dubois in ‘A Streetcar Named Desire’ at the Old Vic in London? Better hurry. The performance—which also stars Ben Foster of X-men fame—will be available on YouTube only until Thursday.


‘Sheep shows’ are a thing—exactly like dog shows. And the most awesome handlers are in the under-eight category. (h/t James Rebanks)

Wahid Biryani is beloved in Lucknow for its delicious Awadhi cuisine. Now it is even more loved for its big heart. For the first time in its 65-year history, the restaurant has gone vegetarian in order to feed migrant workers passing through the city. Its staff has fed 1,500 people every day!

Elon Musk has a saasu-ma problem, as in his girlfriend Grimes’ mom thinks he’s an ass, and isn’t afraid to air her opinion on Twitter. Yes, this makes us feel good.

Cher has successfully rescued the loneliest elephant in Pakistan. Kaavan, a 33-year-old Asian elephant was gifted to President Zia ul Haq by Sri Lanka—but has since been kept all alone and in chains. Cher campaigned tirelessly for his rescue, which was finally ordered by a Pakistan court. He will now be moved to a wildlife sanctuary back in his home country.