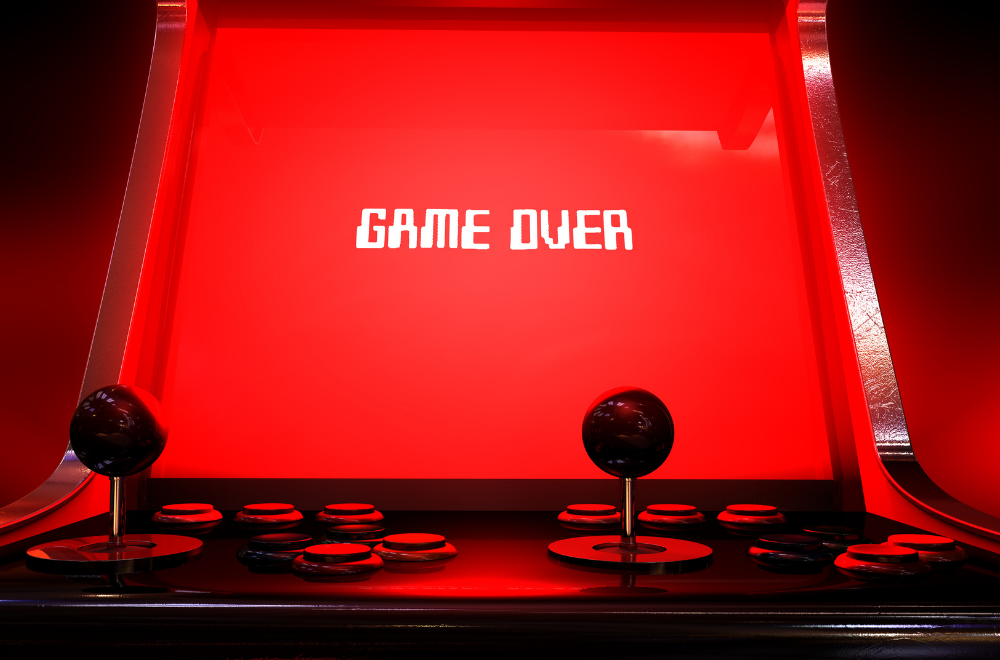 Y’know what they always say: She’s asking for it! Well, these women certainly are—and we love it! We can’t embed this fabulous video but it’s well worth your time to click through to .

YES, ALEXEI NAVALNY WAS POISONED! Last month, in a plot worthy of a Tom Clancy novel (explained in colourful detail ), the Russian opposition leader suddenly collapsed while aboard a plane. He was rushed to a hospital and then out of the country—and now lies in a coma at a German hospital. Russian authorities denied all accusations that he was poisoned. But now the German doctors have confirmed that they have  "unequivocal proof" that a deadly nerve agent Novichok was used in what is now officially an assasination attempt.    Why this matters: Chancellor Angela Merkel personally called out Moscow, and demanded answers. The EU and the US are huddling to figure out a response. Also, timing matters. Russia has been in the news yet again for trying to interfere in the upcoming US elections—as confirmed by US intelligence officials. Also, Facebook and Twitter said they took down a disinformation campaign launched by a Kremlin-backed group. has more.   In other US election news: Joe Biden launched to attract Hindus called, what else, ‘Hindu Americans for Biden’—this is on the heels of his rival rolling out ‘Hindu Voices for Trump’. Point to note, for all the hullabaloo over NRIs for Trump, Indian Americans overwhelmingly vote Democrat.   CLIMATE CHANGE WILL BE HARDER ON INDIA According to a new study, global warming will affect poorer countries that are closer to the equator far more than others. India is ranked as the fifth most-vulnerable country—with 600 million people at risk from climate change, which could push 45 million Indians into extreme poverty. decoded the details.   THE INDIAN PANDEMIC: A QUICK UPDATE  * First, the numbers. Total number of cases: . Total deaths: 67,415. Total daily cases added: 83,029. Yeah, it isn’t getting any better. * Acknowledging the hemorrhaging job loss numbers, the government the rural employment program MGNREGA to cities—where it will target migrant workers. It will offer guaranteed employment for at least 100 days a year at a daily wage of Rs 202 for work like digging roads, wells etc. * An exclusive shows that Indian authorities have pivoted sharply toward using rapid antigen tests as opposed to polymerase chain reaction (PCR) tests: Two months ago, 98% of all tests were PCR, but that number has now dropped to 56%. Why this matters: rapid tests have a likelihood of throwing up a false negative—which is a matter of huge concern when the numbers are rising this quickly.  * A of techies shows that they really, really hate working from home. A whopping 90% miss going to the office. In Delhi/NCR that number is a staggering 98%.  * Airlines can now fly at 60% of their capacity within the country as per . International flights remain suspended until September 30.    JOHN BOYEGA RIPS DISNEY APART The man best known for playing Finn has taken the company to task for introducing non-white characters—and then later sidelining their story arcs—in the Star Wars reboot. He told :   > “Like, you guys knew what to do with Daisy Ridley, you knew what to do with Adam Driver,” he says. “You knew what to do with > these other people, but when it came to Kelly Marie Tran, when it came to John Boyega, you know fuck all. So what do you want me > to say? What they want you to say is, ‘I enjoyed being a part of it. It was a great experience...’ Nah, nah, nah. I’ll take that > deal when it’s a great experience. They gave all the nuance to Adam Driver, all the nuance to Daisy Ridley. Let’s be honest. > Daisy knows this. Adam knows this. Everybody knows. I’m not exposing anything.”   SEXUAL HARASSMENT AT TIMES GROUP A senior executive at “a top media house” has been charged with sexually harassing a senior journalist, according to .    "In her complaint to the police, the journalist said the accused had touched her inappropriately and demanded sexual favours. When she refused to comply, the complainant said, she was sacked. The complainant further said she was sexually harassed from April 2008 to August 2020."   The Express is oddly coy about mentioning which media house—even though it would readily do so for any other private company in the same situation. It’s even sillier since the Times Network put out attacking… no, not the executive but the journalist—dismissing the complaint as “frivolous and malicious allegations.” RTI activist Saket Gokhale has put out a long where he claims the person is a fat cat at Times Now.   A NEW AND SHINY THING... From IIT Delhi: A brand new ‘’ that will kick off its PhD program in January 2021.    From Mercedes: it's a very pretty .   TWO NETFLIX THINGS One: Meghan & Harry have signed to create a slate of programs “that informs but also gives hope”—which will include “inspirational family programming.”   Two: If you can’t wait to watch ‘Bad Boy Billionaires’, too bad, you’ll have to wait some more. “The investigative docuseries [that] explores the greed, fraud and corruption that built up—and ultimately brought down—India’s most infamous tycoons” has been blocked by a Bihar court after a lawsuit filed by Sahara founder Subrata Roy. And the Supreme Court is .   OUR HEROINE OF THE DAY A California lawmaker on maternity leave was do this when a last-minute bill came up for vote. The reason: Her request to vote by proxy—in the middle of a pandemic with a one-month-old baby—was denied. But a girl’s gotta legislate, when a girl’s gotta legislate...

This is one of for the Wildlife Photographer of the Year 2020 Awards, run by the Natural History Museum in London. Some are goofy like these puffins. Others are awe-inspiring or moving—and all are breathtakingly beautiful. Laptop viewing is a must. These are wasted on a phone. Bonus: has more on one of the frontrunners—a gorgeous photo of a male gharial carrying his young taken by Dhritiman Mukherjee in the National Chambal Sanctuary.

A LIST OF GOOD READS * did an exposé on Vogue Brazil. Moral of this story: ‘The Devil Wears Prada’ isn’t quite as fun in real life. * has a must-read on Indian LinkedIn—where the desperation and anger triggered by the economic pain is plain to see. Upside: a band of good samaritans trying to help. * Acclaimed novelist Jesmyn Ward writes a moving essay on losing her husband to Covid in . * assesses the chances of the two behemoths—Reliance and Amazon—racing to win India’s $700 billion retail market. * offers a smart take on how we’ve misunderstood and misused the phrase ‘pathological liar’.  * Everything you are feeling right now—in the midst of the shitshow we call reality—is summed up by an ancient Greek word called ‘acedia’. explains what it means. * This piece offers a fresh take on a well-known subject—outlining seven feedback loops that sustain climate change. It’s like a snowball, feeding on itself and getting bigger as it goes along.

READING HABIT EDITOR’S NOTE With The Curious Reader sadly closing shop, Reading Habit has been left to our tender mercies. Our first in-house installment: ‘The Book Addict’s Quiz’, a snappy round of pointed questions for self-professed avid readers. It’s our nod to the great tradition of bibliophilia.     Sandip Roy is, in fact, a well-known novelist (‘’) as well as a and . But we asked him not about the book he wrote, but the far too many books he’s read—alongside unsolicited commentary just to make it a bit more fun:)    What is your most powerful childhood memory of a book?  Reading Gerald Durrell's ‘’ and for the first time wanting to exchange my family for his. And ‘’ by Nan Gilbert about the families who lived on What A Jolly Street and wanting to exchange my neighbourhood for theirs.   <your parents must be proud…>   What line of literature or poetry do you quote ad nauseam?  “So we beat on, boats against the current, borne ceaselessly into the past.” from ‘.’      <❤️❤️❤️>   What book do you regret re-reading?  I tried to re-read ‘’ and ‘’ to see why I thought they were so mind-blowing in my impressionable teens.   <we are shocked>   An author you adored as a child and have not thought about in years? and .   <hain? Yeh kaun?>   What book would you gift to your worst enemy?     <👏🏻👏🏻👏🏻>   I would love to see a movie/series adaptation of __ starring __ as __   To be utterly self-serving ‘’ starring Tabu. But more seriously,  ‘’—but made 25 years ago with Shabana Azmi as Mrs Rupa Mehra, Tabu as Lata, Irrfan Khan as Haresh, Saif Ali Khan as Kabir Durrani, Rajit Kapoor as Amit Chatterjee and Rekha as Saeeda Bai.   <👍🏻 👍🏻 👍🏻>   A book review that was better than the book? Unfortunately I know the author so I can’t tell you.   <chee, what a cop out!>   What book do you pretend to have read? ‘’ by Rabindranath Tagore.   <bad Bong alert>   What is the first “forbidden” book you read in secret?  ‘’ by Harold Robbins   <not Nick Carter? so tame!>   What book/author still counts as guilty pleasure?  ‘’ by Enid Blyton.   <ah, the white racist author aka the brown reader’s burden>   Send us a photo of your tsundoku pile   <150/100 for sheer creativity>   Thank you for playing, Sandip! Also: do pick up a copy of . It is seriously very good. A LIST OF GOOD READS * did an exposé on Vogue Brazil. Moral of this story: ‘The Devil Wears Prada’ isn’t quite as fun in real life. * has a must-read on Indian LinkedIn—where the desperation and anger triggered by the economic pain is plain to see. Upside: a band of good samaritans trying to help. * Acclaimed novelist Jesmyn Ward writes a moving essay on losing her husband to Covid in . * assesses the chances of the two behemoths—Reliance and Amazon—racing to win India’s $700 billion retail market. * offers a smart take on how we’ve misunderstood and misused the phrase ‘pathological liar’.  * Everything you are feeling right now—in the midst of the shitshow we call reality—is summed up by an ancient Greek word called ‘acedia’. explains what it means. * This piece offers a fresh take on a well-known subject—outlining seven feedback loops that sustain climate change. It’s like a snowball, feeding on itself and getting bigger as it goes along.   : Sometimes, you just gotta let it out…   : There’s the wrong way to lie in a lounge chair. : There’s the right way to lie in a lounge chair.