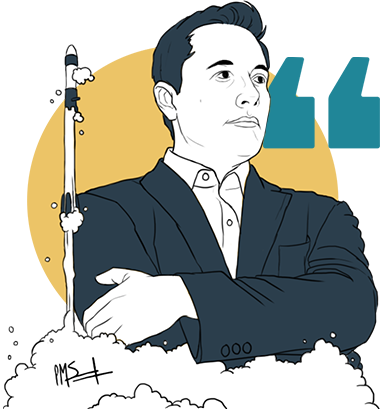 When we started SpaceX, they said, ‘Oh, you are going to fail.’ And I said, ‘Well, I agree. I think we probably will fail... They said I would … lose all the money from PayPal, I was, like, ‘Well, you are probably right.

That’s what Elon Musk said back in March, 2019, when his company SpaceX test-launched an unmanned Crew Dragon spacecraft. Last night, Crew Dragon successfully docked at the International Space Station, safely delivering two NASA astronauts. Watch them step through the hatch here. It marked the first time that a commercial spacecraft carried a human crew—opening the door to all those mega plans for ‘space tourism’ being touted by various billionaires, including Musk, Jeff Bezos and Richard Branson. Illustration: Parth Savla. 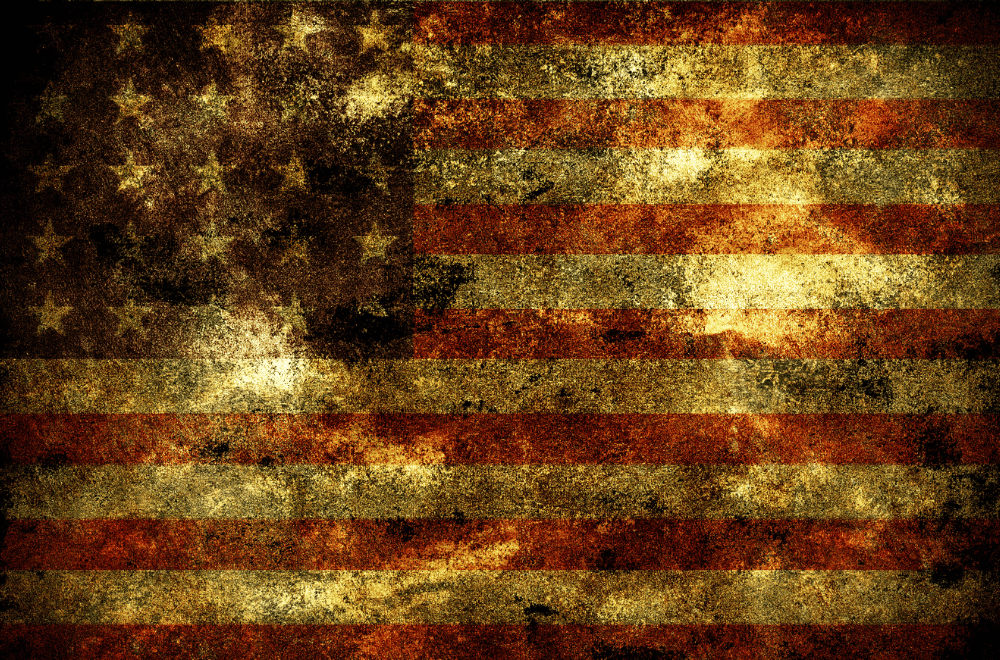 Rage over racism explodes across America

The TLDR: The death of George Floyd, an African American man, due to police brutality has sparked protests across the nation—and led to rioting and looting in some places. The protests in turn have triggered shockingly violent responses from an enraged police force. Curfews have been imposed in 25 cities even as America braces for another night of confrontation. And people are taking to the streets in London, Berlin and Toronto in support.

Wait, first tell me about Floyd, and how he died

The 46-year old worked as a bouncer in a local restaurant in Minneapolis. Here’s how he ended up dead on May 25:

What happened to the police officers?

At first, the Minneapolis police attempted to dismiss Floyd’s death as a “medical incident,” and flat out lying: “Officers were able to get the suspect into handcuffs and noted he appeared to be suffering medical distress.” But that inconvenient and shocking video couldn’t be denied.

The four officers were first sent on unpaid leave pending an investigation—but were fired Tuesday afternoon. Derek Chauvin is now facing murder and manslaughter charges, but the three ‘bystanders’—Thomas Lane, Tou Thao and J Alexander Kueng—have not been charged as yet.

Ok, tell me about these protests

Peaceful protests started in Minneapolis on Tuesday evening, but turned into a confrontation with the police. Crowds damaged the police building and threw water bottles, and the police in turn used tear gas and rubber bullets on crowds.

This dynamic has since repeated itself over and over again across the country, spiralling entirely out of control. Anger at police brutality—which has included some rioting, arson and looting—in turn triggers more acts of police brutality. Here is an eye-opening montage of such incidents. What is most astonishing is the openly vicious, and vindictive rage displayed by these policemen.

And it isn’t limited to protesters. Journalists have been repeatedly targeted, and one of them lost her vision in one eye after being shot in her face with rubber bullets. Watch this clip of a Vice reporter.

Is it this bad everywhere now?

In Minneapolis—where the government has called in the National Guard (the American equivalent of the CRPF)—it looks like this:

But in Santa Cruz, California, it looks more like this: 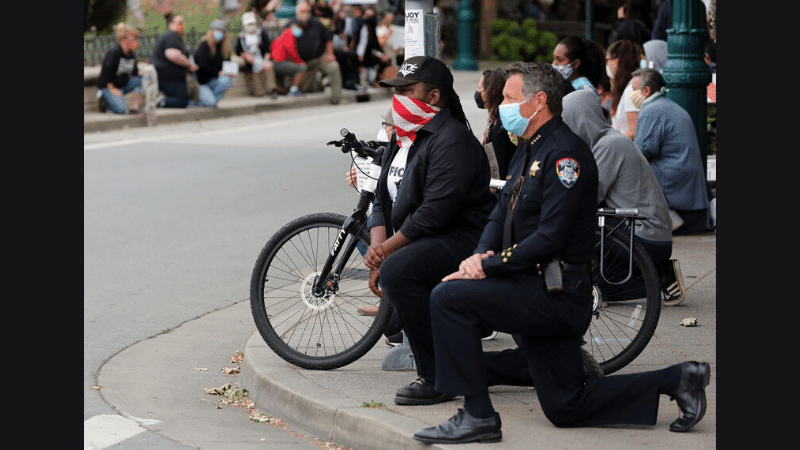 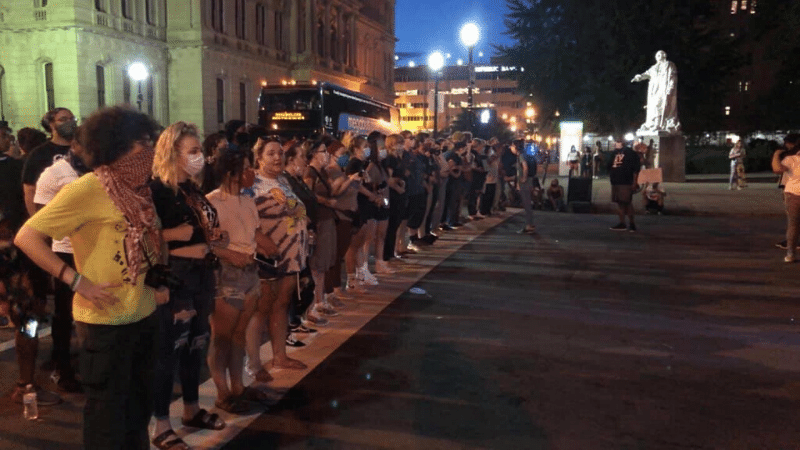 And since this is America, Batman strolled around to check things out in Philadelphia:

Why is this happening?

Short and comprehensive answer: racism. The long and painful history of police violence against Black America is impossible to recap in this space. But the key point to note: black people are 13% of the US population, but accounted for 23% of the people killed by the police in 2019. In Minnesota, they are nearly four times as likely to be killed by law enforcement, with black victims comprising 20% of those killed, despite being only 5% of the population.

The bottomline: ‘Why is this happening?’ African Americans are asking the exact same question—and they ask it over and over and over again. We leave you with this clip below (watch it till the end) that sums up the high and painful price of inequality—which is paid by generation after generation. This is as true of India as it is of America—and almost every other place in our world. 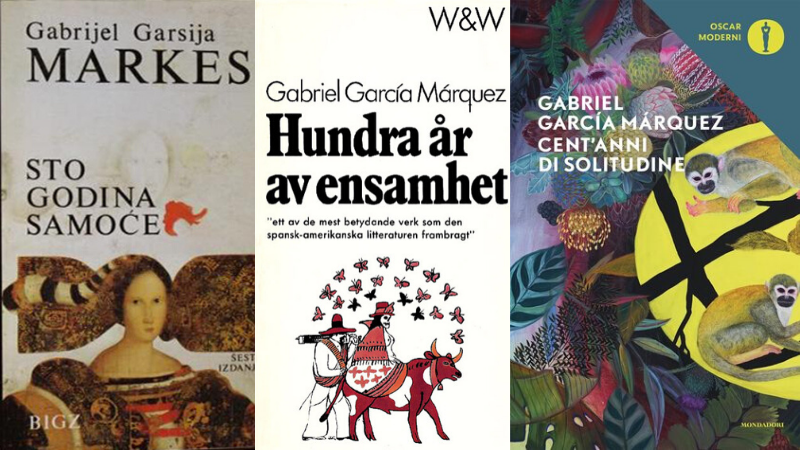 Here’s serious eye candy for book lovers: Here are 100 iconic book covers of ‘One Hundred Years of Solitude’—Gabriel Garcia Marquez’s tour de force. Dating back to 1967, these are gorgeous, strange, and wildly different. Sadly, the list doesn’t include Indian editions, so here is an image of the Tamil translation: ‘‘Thanimyin Nooru Andugal’.

The government announced its plans to let us loose—just as our Covid count is soaring through the roof. 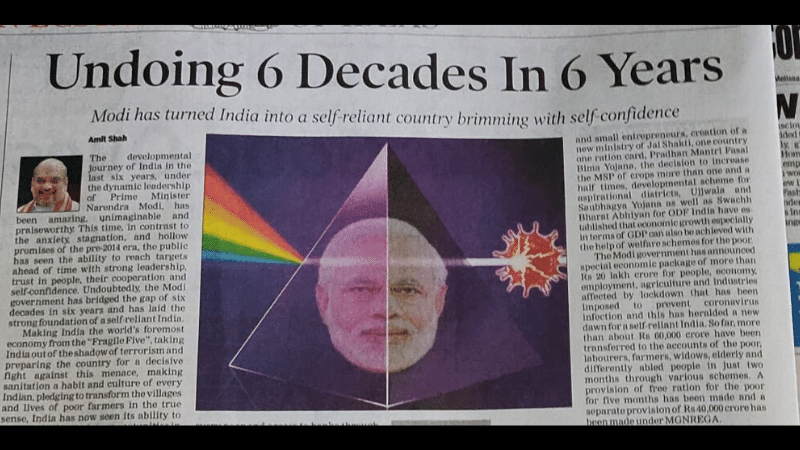 So Wuhan was never Ground Zero?!

Experts at the Wuhan Institute of Virology now say that the pandemic did not originate in that infamous seafood market in Wuhan. Instead, the market may have been a super-spreader event—where one infected person gave it to many others. According to scientists, “tissue samples from the market's animals have revealed no trace of the virus. For the virus to jump from animals to humans, the animals have to actually be carrying it.” Wall Street Journal views this “confession” as an attempt by China to duck responsibility.

Adding to the confusion: French scientists now say that the virus may have first entered Europe in November 2019—two months before the first cases were officially confirmed on the continent.

The India-China jhagda that never happened

An undated and unverified image and a video clip of clashes between Indian and Chinese soldiers is going viral. But the Army staunchly insists the following:

“The contents of the video being circulated are not authenticated. Attempt to link it with the situation on the northern borders is malafide...

Currently no violence is taking place. Differences are being addressed through interaction between military commanders, guided by established protocols on management of borders between the two countries. We strongly condemn attempts to sensationalise issues impacting national security.”

You can watch the clip here, and India Today has the story.

ICMR has a credibility problem

Antibody testing: The decisions of the Indian Council of Medical Research are raising eyebrows. First, the council asked the states to stop conducting ‘rapid tests’—which check for antibodies rather than the virus to determine if you have Covid. The reason: faulty testing kits from China. Now it has changed its mind for unstated reasons.

Community transmission: The ICMR also staunchly insists that there is no community transmission—the stage of the pandemic when the virus is freely circulating within the population. A joint statement issued by leading medical associations called the council out on its bs: “It is unrealistic to expect that Covid-19 pandemic can be eliminated at this stage given that community transmission is already well-established across large sections or sub-populations in the country.”

Spurious HCQ testing: Last but not least, the ICMR has an inordinate affection for the anti-malarial drug hydroxychloroquine—which it claims can protect against Covid-19 even though all medical research shows exactly the opposite. The council’s solution: conduct shady trials with spurious results and declare victory. The Telegraph has that story.

Kylie Jenner is not a billionaire!

Back in March, Forbes magazine made waves when it trumpeted Kylie in its cover story with the headline: “At 21, Kylie Jenner Becomes The Youngest Self-Made Billionaire Ever.” Now, it has changed its mind after an extensive investigation that shows Jenner is a dirty, cheating liar: “Taking all this new information into account and factoring in the pandemic, Forbes has recalculated Kylie’s net worth and concluded that she is not a billionaire. A more realistic accounting of her personal fortune puts it at just under $900 million…” We are 😱 😱 😱 (Forbes)

The mystery of PM Cares

A student filed an RTI asking for details of the Covid-19 relief fund, but the government is refusing to tell. The reason: “The PM CARES Fund is not a public authority under the ambit of section 2(h) of the RTI Act, 2005.” So what is a public authority? As per Scroll:

Guess a fund created by the government, chaired by the PM—and with cabinet ministers as its trustees—doesn’t quite fit the bill 🤷‍♀️ . But oddly enough, all donations to the fund now count as a Corporate Social Responsibility (CSR) spend. Huh!

The stealthy art of media layoffs

HT Media—which publishes Hindustan Times, Mint and Hindustan—has laid off over 100 employees. "Those affected were offered a choice: either resign with the offered terms, or be terminated without them.” This follows the bloodletting at Times of India and The Telegraph. But none have issued a public statement acknowledging the layoffs or offering a reason—unlike every other company in every other industry. Newslaundry asks why.

The world’s most popular file transferring platform has been banned by the Ministry of Telecommunications in “the interest of national security or public interest.” Translation: no one knows why. (Mumbai Mirror)

Imagine a lickable screen that can recreate any taste your mouth desires—minus the calories, i.e actual food, of course! The Norimaki Synthesizer can replicate sweet, sour, salty, bitter and umami flavors with just a flick of your tongue. 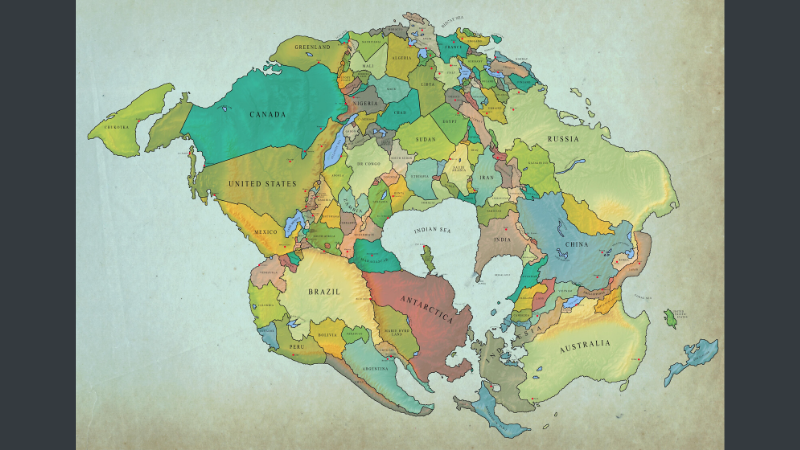 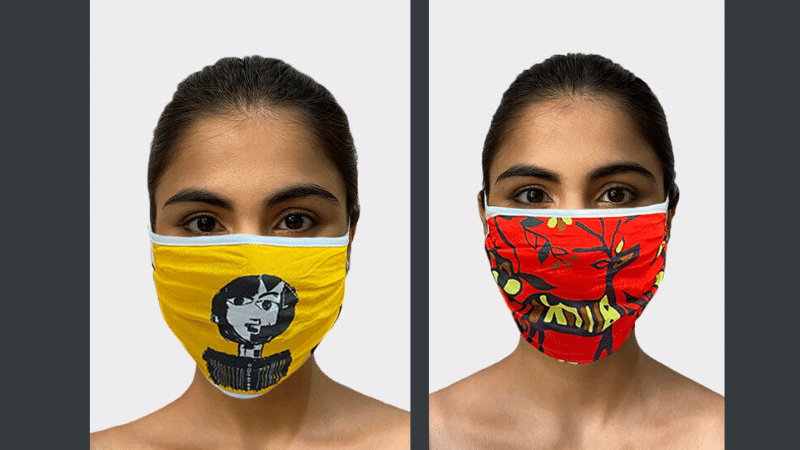 
Father of the Year: Arunkumar Purushothaman! The hospital nurse built this adorable and awesome mini-auto for his little boy—because he couldn’t afford an expensive toy car. This, of course, is waaay better!

Angela Merkel reminds us why she is seriously awesome.

Amit Shah is just like us! Even he can’t pronounce atmanirbhar. Also: he doesn’t know how to wear a mask either.