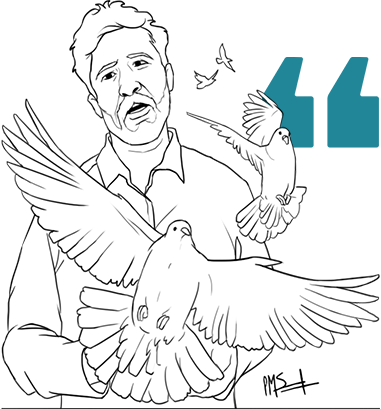 The one which crossed the border to India was my favorite pigeon but I am surprised to know the other day that my pigeon is being touted as a spy pigeon having some embedded code on his ring.

That’s an angry Pakistani villager who is mad at the Kashmir police for ‘arresting’ his pigeon. Indian officials claimed that the bird was a spy, and have been busy “deciphering” the “coded message” it was carrying. Habibullah says the message is his phone number—which each one of his pigeons carries in case it gets lost. He’s now threatening to stage a protest at the border😂. Illustration: Parth Savla 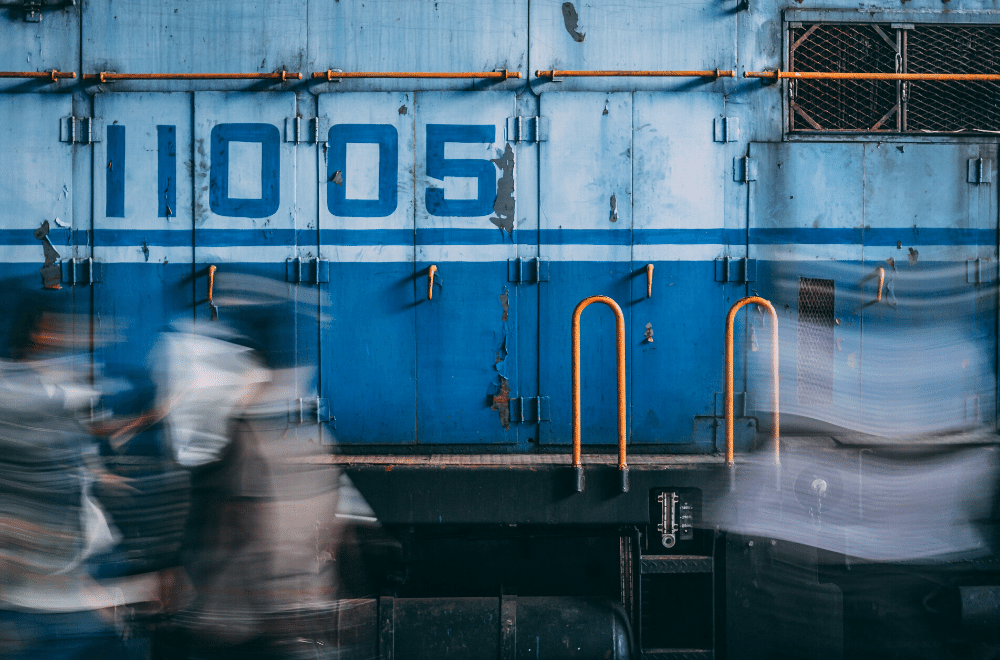 WTF is going on with Shramik trains?

The TLDR: Nine people have died in less than 48 hours in the special trains arranged to take migrant workers home—with some calling it a ‘maut ka safar’. We took a closer look and discovered a toxic and all-too-familiar cocktail of incompetence and indifference. And as always, it is the poorest who are on the receiving end.

Some background on these trains

The so-called Shramik trains have been arranged by the Indian Railways to transport 1 crore migrant workers, students, pilgrims left stranded by the lockdown. As of May 25, the government has “operationalised” 3274 trains, and claims to have distributed 74 lakh free meals and 1 crore water bottles to its passengers.

So anyone can show up and get on?

No. Our netas would never countenance such a straight-forward process. Here’s how this public transport yojana works:

Why? What goes wrong?

A whole lot of things, and all of them lead to dangerous and often life-threatening delays.

Trains that never depart: As Indians, we are all used to trains and buses that never leave on time at the best of times. But in this case, the delays can be catastrophic. For example, migrants—including pregnant women and children—queued up outside screening centres. They waited for 24 hours in the midst of a heatwave only to be told that there will be no trains to Bihar for the next three days. And they were only served water and biscuits.

An eight-months pregnant woman told NDTV: "We will die like this... because of hunger. I have been here since 11 am yesterday (Tuesday). We haven't even been given water and the police keep threatening us."

Trains that never arrive: Once the passengers board the train, they are supposed to be served food and water on long-distance routes. But the trains often stop for hours in the middle or take a different route. Passengers find themselves trapped in the middle of nowhere without food or water—like those who took the train from Bangalore that took four days to reach Darbhanga in Bihar.

Here’s a telling example: A 58-year-old passenger named Sayan Kumar Singh boarded the train from Mumbai to Patna on Monday, May 25. The passengers were not served either food or water until they arrived in Prayagraj on Tuesday. By then, it was too late for Singh who died because he couldn’t take his medicines without water. Point to note: The passengers were given a packet of dry bhel at Prayagraj. Still no water.

What does the Railways say?

Here are the three lines of defence. One, the delays are due to congestion on the  tracks, especially on popular routes to UP and Bihar. Two, the delays are due to lack of cooperation from state authorities. Three, this is, in fact, “route rationalisation” to ensure that “trains are not held up at one place for hours without water and food.”

Asked about the recent deaths, a Railways spokesperson said:

Few deaths have been reported in Shramik Special trains. In most of these cases, it is discovered that those who died are old, sick people and chronic-disease patients who had gone to big cities to get medical treatment.

The bottomline: A number of those who died on the trains (including unwell babies) did indeed have various medical ailments—recent surgery, heart disease, diabetes or anemia. Just like the coronavirus, our Railways only kills those with underlying conditions. 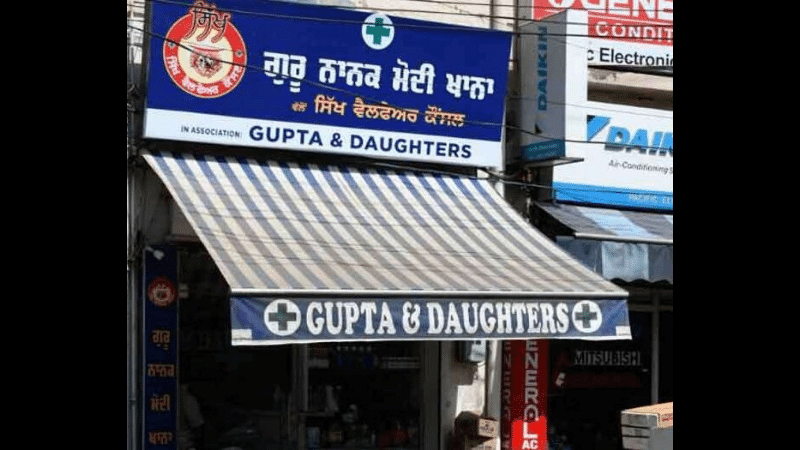 This week, a sign outside a chemist’s shop in Ludhiana went viral—in a country where sons take over the ‘family business’ and daughters are deemed ‘paraya dhan’. Indian Express tracked down Mr Gupta and his daughter Akanksha (there is only one). Says Mr Gupta, “Prime Minister Narendra Modi gave the slogan ‘Beti Bachao, Beti Padhao’ but I added another aspect to it, ‘Beti Badhao’. A daughter’s name can also take family businesses ahead.” 👏🏽

There’s a big battle brewing between the two superpowers that could have lasting consequences for the world order:

The US space agency was planning to send its astronauts back into space for the first time since 2011—and in collaboration with Elon Musk’s SpaceX. But bad weather forced it to nix the plan a mere 17 minutes before liftoff. The new date for departure: Saturday, May 30. (CNBC News)

The Covid effect: the global edition

No singing in Germany: The country has reopened bars and restaurants, but has firmly clamped down on public singing, i.e. church choirs. The reason: We “inhale and exhale very deeply” when we sing, and “if there are virus particles floating in the air then they can get into the lungs relatively quickly.” Point to note: one of the most infamous superspreader events in the US was a choir practice in Washington state.

IT offices get Covid-ready: Indian companies are getting ready to get at least a small percentage of their employees back to the office. In the works: everything from apps that restrict employee movement to facial recognition systems. Quartz has more details.

A period-sized problem: The lockdown has been exceptionally hard for women in rural areas who have no access to sanitary pads. Many have been forced to make do with “old cloth or bits of hay, mud or ash wrapped in rags to manage the bleeding.”

For the first time ever, the platform slapped ‘fact checking’ labels on two of the US Prez’s tweets—labelling them potentially misleading. What he claimed in those tweets: mail-in electoral ballots can lead to widespread voter fraud. (CNN)

An update on the latest Covid gyaan

Is 6 feet enough? That’s the distance recommended to ensure social distancing. But a new Stanford study suggests that the virus can travel as far as 20 feet under certain conditions. In hot and dry weather, the droplets we exhale form “aerosol particles that are able to carry the virus and float in air for hours.”

Beware your immune system? The multiple organ failure in some patients that mystifies doctors may be due to a cytokine storm—i.e. your body’s overreaction to the presence of an invader. Science Magazine offers an in-depth look at exactly how the immune system reacts to the virus—triggering “a ferocious rampage through the body, from brain to toes.”

Mystery of very ill children: For over a month, there have been reports of a mysterious illness affecting children—and it is clearly linked to the virus. Buzzfeed News did some digging to figure out what we know and don’t know about this frightening phenomenon.

Two of the oddest men in the world are coming together to make a movie that will be shot at least partly in outer space—in collaboration with NASA, no less. And the project now has a director: Doug Liman of ‘The Bourne Identity’ and ‘American Made’ fame. We predict: a movie that is either seriously awesome or very, very bad. (Variety)

Covid a**hole of the day

Kent RO had a very bright idea: why not sell our atta maker by shaming the household help! The result: the Instagram ad below that triggered rightful rage. It has since been pulled down. 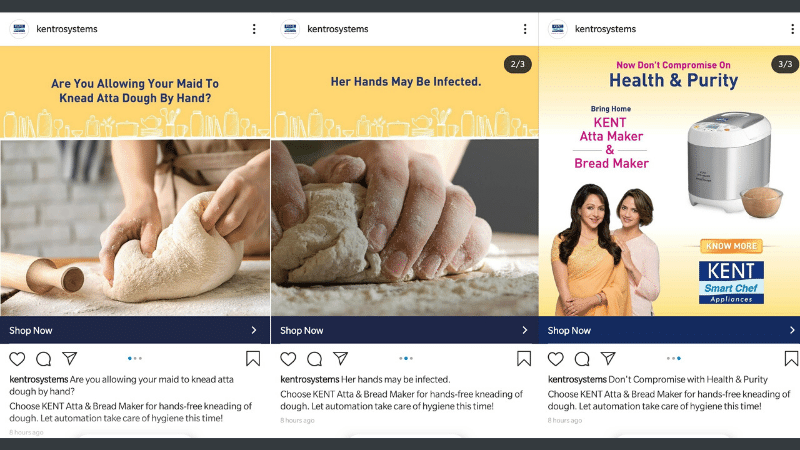 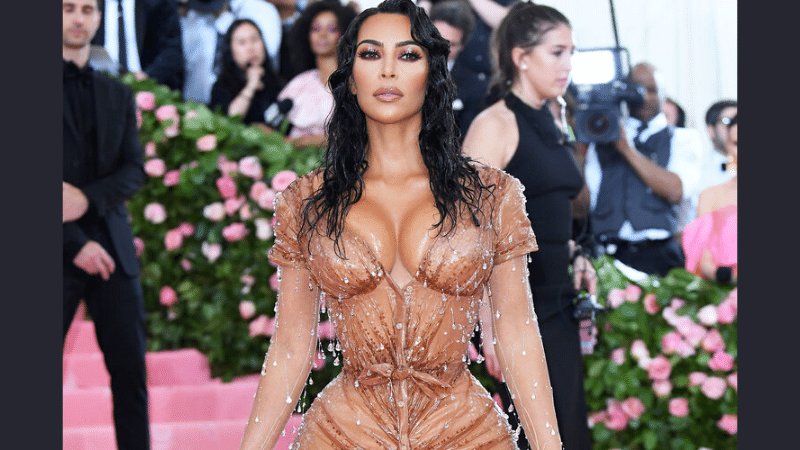 The latest streetwear accessory: a car

The collaboration between the uber-chill skateboard brand Supreme and Lamborghini marks the evolution of streetwear—and its male customers who now want new playthings that remind them of childhood. Like cars! (HighSnobiety) 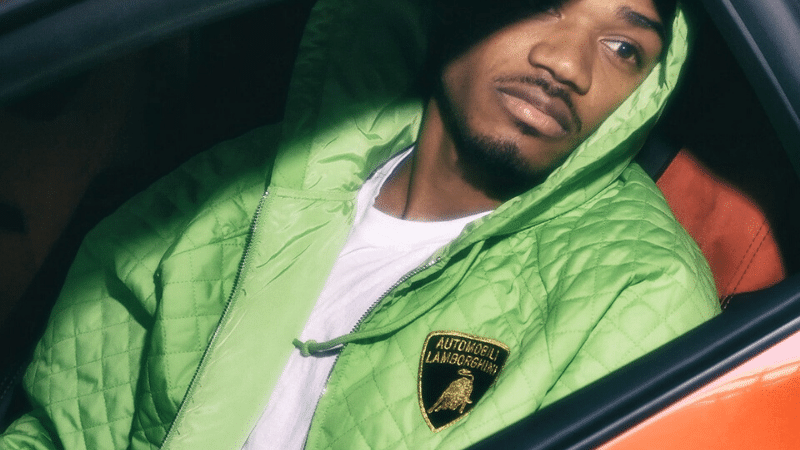 A powerful video on domestic violence

We are not going to say much about this public service video starring Nandita Das except: please watch!

Doctors say you don’t need to wear a face  mask—in fact, you should not wear one! Reason one: it restricts the amount of oxygen you breathe in. Reason two: a sweaty mask loses its ability to repel microbes. Just don’t run in groups or in crowded places. (Times of India)

Are you raising a picky eater?

According to a new pediatric study, parents who restrict certain foods or demand that their kids eat a certain amount of food turn them into fussy and exasperating brats. The reason: “These kids probably have ‘thousands of negative memories about food,’ such as conflict over meals, unexpected tastes and discomfort.” (CNN)

Everyone is raving about all the weight they lost on IF. But what if it's just not happening for you? New research suggests that the alternating between eating freely and not very much isn’t a great idea. Reason one: we unconsciously overeat when we know that tomorrow is starve-yourself day. Reason two: we hardly move our bodies on days that we do fast. Even the simplest tasks like washing dishes fall by the wayside. (Inverse)


A magic carpet ride? Scratch that! It’s a life-endangering truck ride up in the Himalayas—and it’s winning the internet!

Virat Kohli wants you to know he is working out. He’s trying to achieve ‘180 landings’—which looks very hard, boring and highly unnecessary unless you are being paid a lot of money to be in that kind of shape. Which he is.

JK Rowling is working on a new story: The Ickabog. And she wants you to illustrate the book for her. Just send your entries to her publishers.

This Twitter thread hilariously mocks academic theories that make outlandish claims—such as the link between meat-eating and aggressiveness.

The Aldabra white-throated rail bird was declared extinct—thought to have disappeared, oh, about 100,000 years ago. It has now suddenly come back to life! 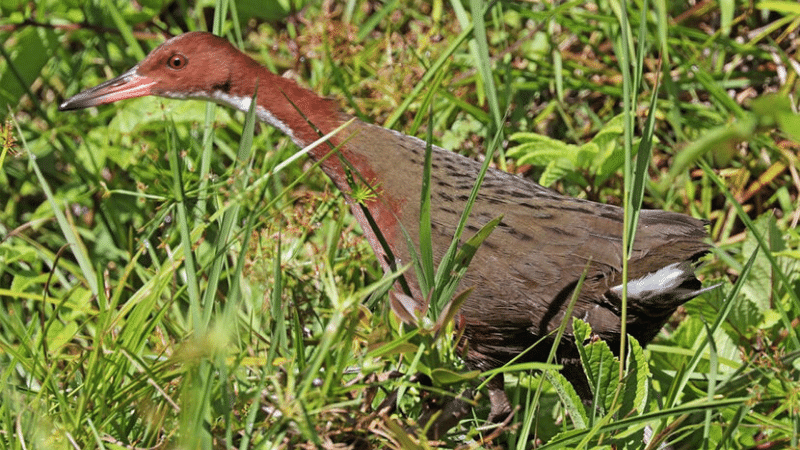