An important announcement: I have to undergo an important surgery—which will likely take at least a week of recovery. But I am leaving you in the safe hands of two excellent journalists and very kind friends. Samarth Bansal will be writing the lead in my absence while Piyasree Dasgupta will be editing the edition. And, of course, the amazing splainer team—Rachel, Sara, Nirmal, Aarthi and Vagda—will be holding the fort in my absence. I plan to be back in the saddle around January 30. Try not to miss me too much:)

This weekend’s Advisory: This weekend, we are starting off with the first instalment of a unique and wonderful series on Hindustani music by Harini Calamur. If you’re looking for some suggestions on how to spend the Republic Day long weekend, Urbanaut’s got you covered in the Travel section. Also on the edition: some delicious recipes from Karen Anand’s ‘Masala Memsahib’. As always, we have a list of new book releases and recommendations for weekend binge watching

The big brouhaha over a BBC documentary

On Tuesday, the BBC aired the first part of a documentary titled ‘India: The Modi Question’ that looks at the Prime Minister’s “aggressive Hindu nationalism and his treatment of the large Muslim minority.” It focuses on the 2002 Gujarat riots—when he was accused of turning a blind eye to the violence as chief minister. Much of this is not new material. But the documentary is based on findings of a confidential UK government report—which has never been revealed.

The documentary has a series of images of the text of the report, and in one statement, the inquiry report says that “Narendra Modi is directly responsible”. It refers to the chain of events as a “systematic campaign of violence” which has “all the hallmarks of ethnic cleansing.”

So it isn’t surprising that the government has deemed it a “propaganda piece” that reflected a “colonial mindset”. As for the UK PM, he said that he did not concur with the “characterisation” of Modi. FYI, part one of the series has already been yanked off YouTube. Part two hasn’t aired yet. Indians can’t access the BBC player, but you can read the gist of it on Twitter. And watch excerpts below. (Scroll)

Ever since the government revoked the state’s special status in 2019, it has also lost reliable access to the internet. A new report from Surfshark confirms that Jammu and Kashmir had the highest number of shutdowns in the world—a total of 24 in 2022. There were 112 instances worldwide, and India was one of the hardest hit—primarily due to J&K. The state accounted for 70% of all outages in the country. (Quartz)

The context: The Competition Commission of India (CCI) had fined Alphabet—Google’s parent company—$161 million for abusing the near-monopoly of its Android operating system in India in October. Android powers 97% of smartphones in India. But Google is more worried about the remedies ordered by the CCI—which are far more sweeping than a landmark European Commission 2018 ruling.

The company requires all mobile devices to pre-install its apps—which the CCI has now forbidden. And it has directed Google to allow Android users to download apps from other platforms—and not just the Play Store. Also making Google unhappy—the worry that “the CCI's decision could increase regulatory pressures in other jurisdictions.”

What happened now: The Supreme Court refused to block the antitrust order with CJI Chandrachud specifically noting the company’s dominance. The SC, however, did push the implementation of the order from January 19 to a week later. It also directed a lower tribunal to decide on Google’s challenge by March 30. (Reuters)

A very ugly truth about ChatGPT

A TIME investigation has revealed the high price paid by Kenyan workers to keep the AI language tool safe for the rest of us. It’s a bit complicated so stick with us.

The context: As you know, AI tools are trained on vast amounts of information scraped from the internet. The problem was that this ‘training’ material also made them prone to saying awful things. To solve for that problem, ChatGPT’s developer Open AI created another AI tool:

The premise was simple: feed an AI with labeled examples of violence, hate speech, and sexual abuse, and that tool could learn to detect those forms of toxicity in the wild. That detector would be built into ChatGPT to check whether it was echoing the toxicity of its training data, and filter it out before it ever reached the user.

The problem: But how do you label these examples to teach the AI what is offensive? ChatGPT needed humans to do it for the machine—and hired an outsourcing company called Sama in Kenya. And its workers were then told to consume and label horrific material—scraped from the darkest recesses of the internet. All this for a take-home pay of $1.32- $2 per hour. If you’re thinking ‘well, that’s probably a good salary in Kenya’, consider the high price of doing this work. We leave you with just this snippet:

One Sama worker tasked with reading and labelling text for OpenAI told TIME he suffered from recurring visions after reading a graphic description of a man having sex with a dog in the presence of a young child. “That was torture,” he said. “You will read a number of statements like that all through the week. By the time it gets to Friday, you are disturbed from thinking through that picture.”

The work was so traumatic that Sama cancelled all its work for OpenAI eight months earlier than planned. You can read the original TIME investigation by creating a log in, or check out the summary in Gizmodo.

The state has banned all pharmacists from selling condoms and oral contraceptives to anyone below the age of 18. This sudden burst of puritanism was sparked by a recent surprise bag check in the city’s schools—which yielded contraceptives in bags of kids in grades 8 to 10. Pharmacists aren’t happy since condoms don’t need a prescription—which makes it impossible to police.

We are puzzled at the state’s insistence that underage kids have unsafe sex—and inevitably get pregnant or contract a sexually transmitted disease. National data shows that more than 39% of women have had sex before they turned 18. (Bangalore Mirror)

Maria Branyas Morera who lives in a nursing home in northeast Spain is 115 years old—and officially the oldest person in the world. She has lived through the 1918 flu and both World Wars—and beat a bout of Covid in 2020. Morera inherits her title from French nun Lucile Random—who passed away at the age of 118 on Tuesday. You can see Morera celebrating her 115th birthday below. (AFP via France 24) 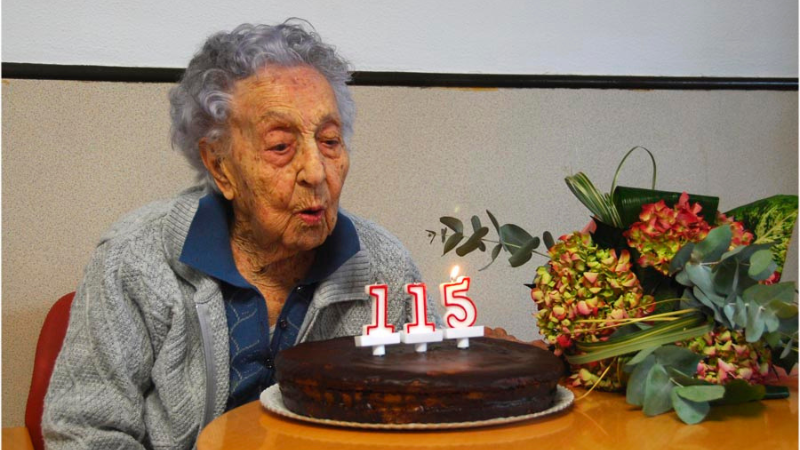 Back in 2011, the Canadian health authorities defined ten drinks a week for women and 15 drinks per week for men as ‘low risk’. Twelve years later, they have changed their mind—and gone to the other extreme. The guidelines now recommend only two drinks a week—and ideally, stop drinking altogether. All of which has sparked an intense debate—especially since it is far stricter than guidelines of other nations:

In the UK, the NHS recommends no more than six 6 oz glasses of wine or six pints of 4% beer per week — ideally spread across three days or more. Health officials in the United States recommend no more than two drinks per day for men and only one for women.

Some experts say the advisory is “irresponsible” and will spark “anxiety and stress” among those who were moderate drinkers just yesterday—but now occupy a “high-risk” category. (The Guardian)

One: A climate change protest hijacked 400 billboards and signs in Belgium, France, Germany and England—to call out Toyota and BMW as eco-frauds. The amusing images satirised their adverts—with clever twists on the usual marketing messages. Example: One BMW ad read: “When we test our emissions, the test dummy — is you.” See one of the Toyota spoofs below. The others are on this Twitter thread. (The Guardian) 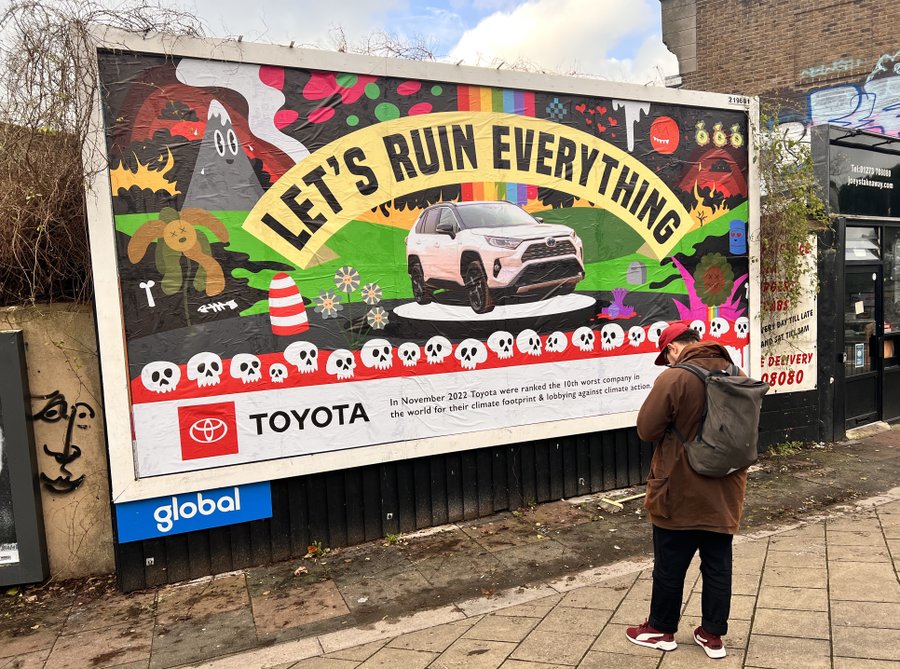 Two: Delhi University researchers have discovered 256 fossils of dinosaur eggs—across 92 nesting sites in Madhya Pradesh. These are eggs of the titanosaurs—long-necked beasts that were one of the largest dinosaur species. They buried their eggs in shallow pits in soft, marshy spaces close to water—just like crocodiles. And given the close spacing of the nests, they likely abandoned them to hatch on their own: “Parental care must have been absent—the hatchlings would have been left to fend for themselves.” You can read the original study here. (The Telegraph) 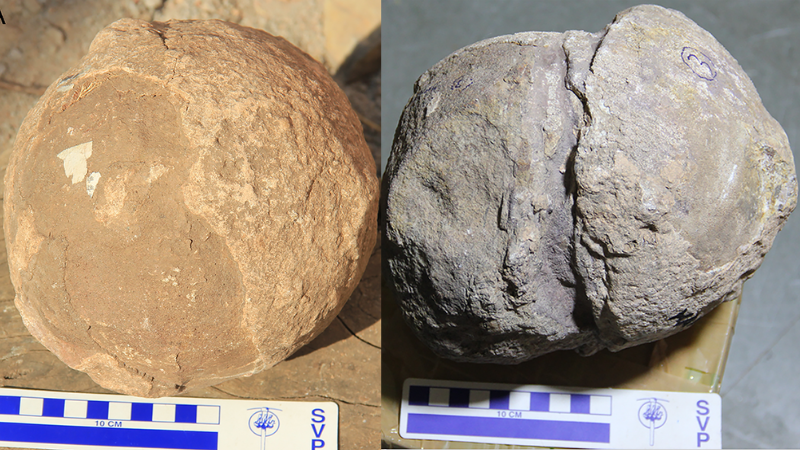 Three: Lionel Messi’s Paris St Germain played an all-star Saudi Arabia team led by Cristiano Ronaldo on Thursday—and Amitabh Bachchan was invited to inaugurate the game! This was the first time Ronaldo was playing for Saudi Arabia after signing a two-year contract with the club Al Nassr for a whopping $215 million. Unfortunately, Ronaldo’s team lost the game 5-4. Watch Bachchan greet the football greats in the pre-match ceremony below.