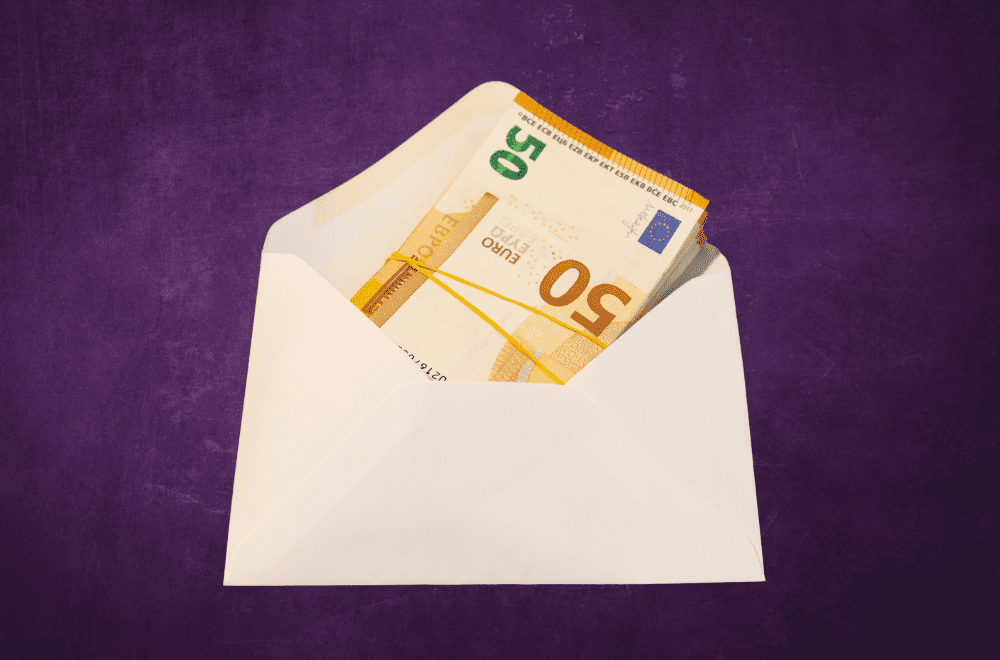 A European Parliament of scoundrels

Police raids have uncovered what is being described as “the biggest scandal in the history of the European Parliament”—and at the centre is a power couple known as the Brangelina of Brussels. It is putting the spotlight on the dubious dealings of EU MPs whose activities have long evaded scrutiny. There is an indirect Kashmir angle too.

First, a refresher on the European Parliament

The parliament is the only directly elected body of the EU. It has 705 members and each nation’s quota is determined by its population. Unlike traditional legislatures, it cannot propose legislation, but laws cannot be passed without its approval. And the parliament has oversight of the EU’s powerful executive body, the European Commission—and negotiates and approves the budget. It is the least powerful of the three arms of the EU—but can be enormously influential precisely because its members fly under the radar:

Despite their limited institutional power, European lawmakers are often approached by lobbyists from nations, industries and interest groups seeking to influence public opinion on their causes, and to gain allies in the room where important policies are debated.

The current head of the parliament is Roberta Metsola—who is its youngest president, elected in January this year. There are 14 vice-presidents—including Eva Kaili, the woman at the heart of the corruption scandal.

Ok, tell me about this scandal…

Over the weekend, the Belgian police launched a sweeping operation targeting former and current members of the parliament—suspected of taking bribes from Qatar: 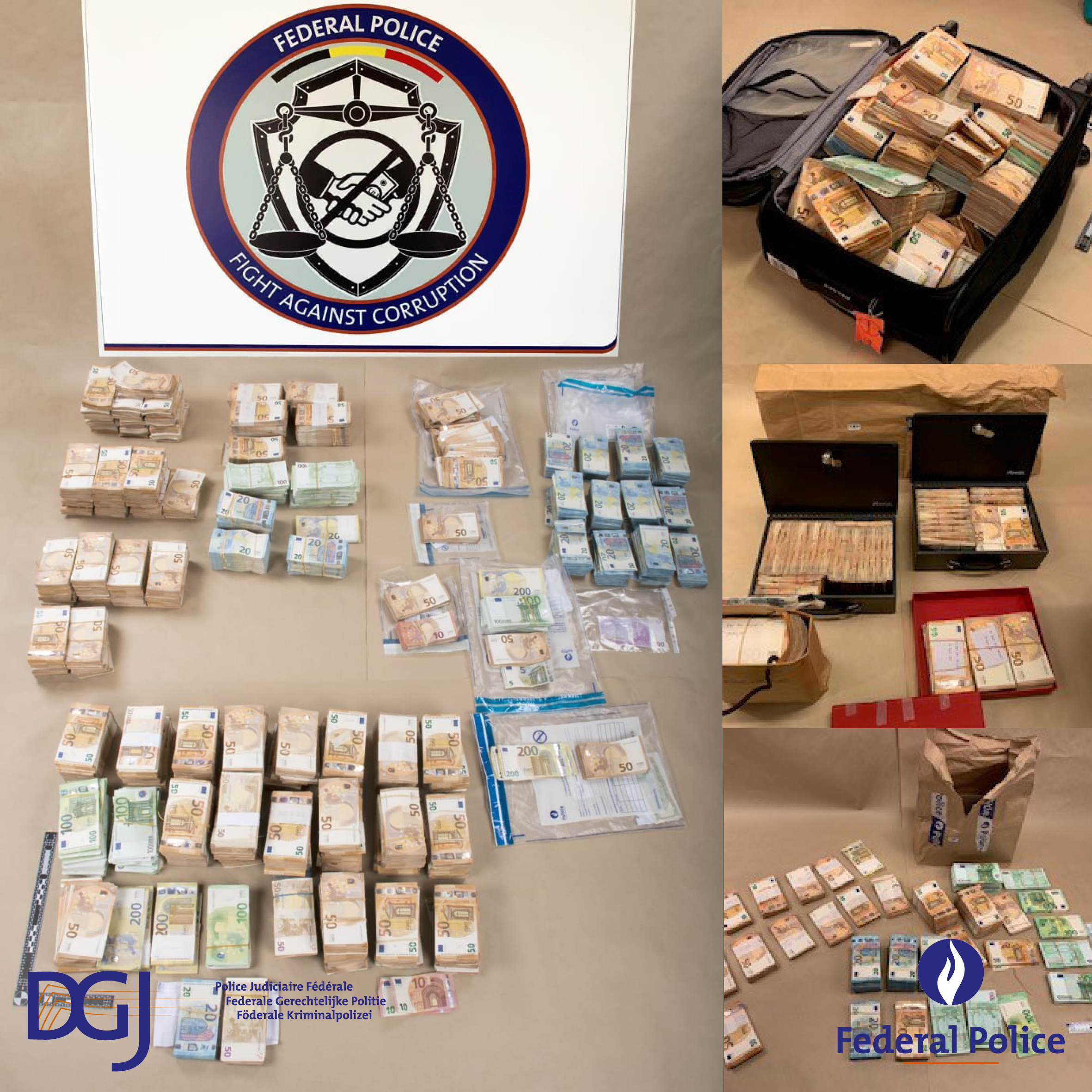 Point to note: The police have not officially named Qatar as the country attempting to bribe these MPs—but multiple media reports have confirmed its identity. For its part, Doha has denied involvement: “Any association of the Qatari government with the reported claims is baseless and gravely misinformed.”

And who is this ‘Brangelina’ couple?

The most prominent suspect behind bars is Vice President Eva Kaili—a 44-year-old Greek socialist politician who has since been stripped of her title. And Kaili’s party in Greece has also expelled her. A glamorous figure with impeccable credentials, she’s had a dizzying rise—first as a TV presenter and then as a young Greek MP. She entered the European Parliament in 2014. Kaili’s public image has always been very Page 3:

She has been photographed regularly with Greek-Russian billionaire and media mogul Ivan Savvidis in Thessaloniki at bouzoukia, or flashy nightclubs where Greek popular music is performed live, in a sea of carnations.

You can see her hanging with Virgin founder Richard Branson at his private island below: 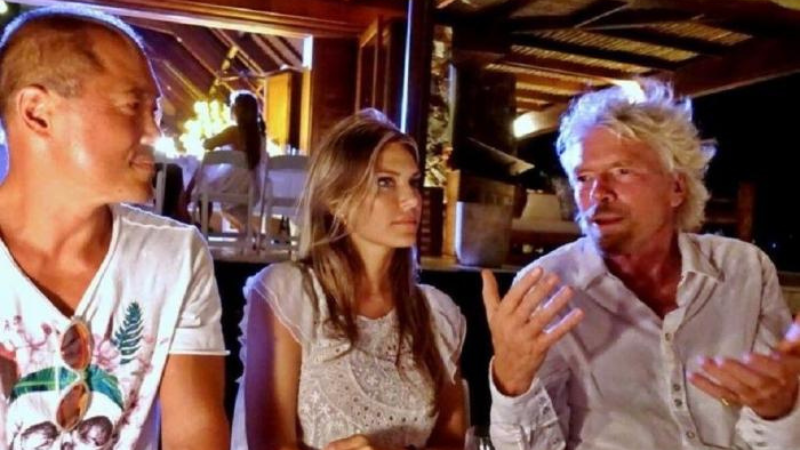 Though she belongs to the socialist party PASOK, Kaili has been increasingly cosy with the conservatives. And there were already calls to expel her from the party.

The boyfriend: Francesco Giorgi is the assistant to a member of the European Parliament—and bills himself as a “policy adviser” on foreign affairs, human rights and the Middle East.” And he is the founder of an NGO called Fight Impunity, which aims to promote “accountability as a central pillar of the architecture of international justice.” But he also seems to have a side hustle as a sailing instructor lol! His Instagram too is filled with images of a jetsetting life—and together they were billed as the “Brangelina” of the European Parliament. Giorgi has also been arrested. You can see the couple in happier days below: 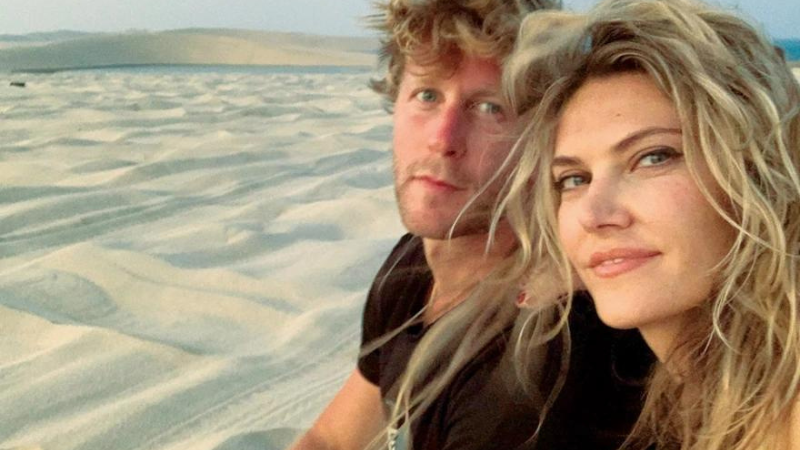 Point to note: Giorgi has already confessed to the police—and named two other MEPs—while Kaili continues to deny all allegations.

And what’s her Qatar connection?

Kaili has been one of the most strident advocates of the country—described as the “dean of the (sizeable group of) Doha defenders” in the European Parliament. She recently made a passionate speech in its defence:

I alone said that Qatar is a front-runner in labor rights. Still, some here are calling to discriminate [against] them. They bully them, and they accuse everyone that talks to them or engages of corruption.

Yeah, that’s what you call bad timing. You can see more on her connection to Qatar in the EuroNews report below:

The World Cup angle: Kaili’s special relationship with Doha was glaringly obvious during the event—much to the irritation of her fellow MEPs:

The Parliament’s Delegation for Relations With the Arab Peninsula (DARP) had been planning to head to Qatar just ahead of the World Cup in November, to visit tournament facilities and observe labour law changes. With barely a month’s notice, however, Qatar’s consultative assembly, known as the Shura Council, asked to postpone. Instead, Kaili went to Qatar the week the full delegation was supposed to be there — and gave full-throated praise to the emirate’s labour reforms. According to the local press, she said she was there representing 500 million European citizens who see the country’s progress as representing common values.

What Qatar was “buying”: The reporting is fairly fuzzy on exactly why Doha was bribing parliamentary officials. But it is hardly the first time that foreign nations have been implicated in cash-for-influence scandals in the West. Politico suggests the main aim was to maintain “a good reputation” at a critical time when Qatar is sealing deals to step in as the natural gas supplier to the EU—which is looking for a replacement for Russia. New York Times says this particular case is about visas:

Those visas are said to have been a main focus of the lobbying campaign and alleged bribery. Qataris need to apply for a visa before visiting the European Union and face a relatively lengthy process. The proposed new visa rules would enable them to get a visa upon arrival in an EU country, permitting them to stay for up to three months—a significant easing of the rules on visitors from the small Gulf state.

Point to note: In June, a former high-ranking U.S. ambassador admitted to illegal foreign lobbying on behalf of Qatar—and pointed his finger at a retired four-star general as his accomplice.

Does the EU have a bigger corruption problem?

As one French MEP points out, the scandal makes a "mockery" of an EU "which has set itself up as a model of virtue, a giver of lessons”—riding the moral high horse over everything from corruption to human rights and Ukraine. But the reality is that the grandstanding of the EU’s executive arm has often been at odds with the behaviour of its MEPs—who have been allowed to go scot-free:

The Parliament has tolerated a culture of impunity for years. There is virtually no oversight or repercussions for the way that MEPs spend their allowances and we have seen those funds misused so many times.

All the media attention is on the powerful executive arm—the European Commission—while the MEPs fly under the radar:

The Parliament collectively has a lot of power over the direction of policy that provides access to an enormous market of over 400 million citizens. The MEPs themselves, however, often have a very low profile outside of the Brussels bubble, which probably helps avoid scrutiny.

And that lax oversight is reflected in EU’s own rules:

The weakest link in the European integrity system is the European Parliament; it has the least checks and controls compared to the other institutions,” [Professor Alberto] Alemanno says. “Nobody… is sanctioned for not reporting a meeting, donation or gift.

This lack of safeguards is astonishing for any legislative body that is empowered to pass laws and approve budgets. While MEPs are perceived to be “weak,” they collectively wield tremendous power.

Beyond bribery: That lack of scrutiny also allows MEPs to act at will and without consequence—especially in their relationships with foreign governments. They can help legitimise their policies—claiming to represent the EU, much as Kaili did in Doha during the World Cup.

The Kashmir example: In October 2019–soon after the revocation of Article 370—a delegation of 27 MEPs took a one-day trip to Srinagar. They even met the PM, Vice- President Venkaiah Naidu and attended meals hosted by the National Security Adviser’s office and the Ministry of External Affairs. Yet the trip was not organised by the government but the shadowy Srivastava Group—which managed to organise a Kashmir junket at a time when even Opposition leaders were being kept out of the state.

The disinformation angle: In 2020, that same company was linked to a global network of 750 fake news sites (explained in this Big Story). A great part of its efforts were targeted at the European Parliament—whose members often wrote op-eds for its publications—which were then leveraged in India via ANI.

For example, EP Today published an op-ed by a rightwing European Parliament member supporting the Balakot strikes. ANI repackaged this story—but with a twist. It presented this as an official statement of the European Union. This ANI story was published in the Economic Times with the headline: ‘European Union backs Indian Army’s strikes on PoK’. The Disinfo Lab report points to numerous instances of such individual op-eds being misrepresented as the position of the EU—and then widely circulated via ANI.

The bottomline: Lessons of this story? One: corruption is not just a third world problem. Two: bribery—or the straight-forward exchange of favours for money—is just one part of a far murkier global network of relationships that link the European Parliament to the rest of the world.

New York Times and Reuters have the best overviews, while Politico offers a detailed profile of Kaili. The Conversation and CNN look at the problem of corruption in the European Parliament. Bloomberg News looks at the repercussions for Qatar. For more on the Srivastava Group—and its connections to MEPs—check out our Big Story.