One: Here’s an innovative (and alarming) solution for overworked employees—out of Japan, of course. Two companies have collaborated to create a ‘nap box’ that allows staff to take those forty winks while standing upright—and is designed to “ensure overall comfort in the head, knees and rear to support the user from falling over.” What this is trying to solve: “Overlong office hours are famously an issue among employees in Japan and the country even has a term for people sleeping during the day to make it through a full shift or a long commute: inemuri.” Our take: sometimes the solution is worse than the problem. (Yahoo News) 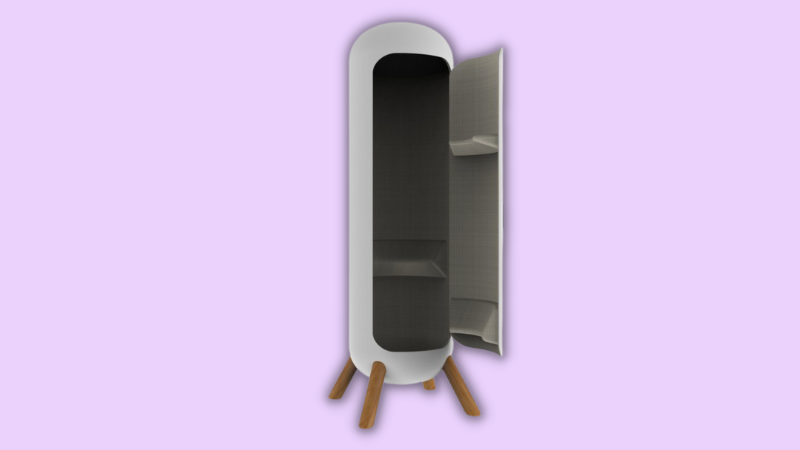 Two: Is there anything that is AI-proof? Maybe not. Say hello to Litter-Robot 4:

“[It’s] an AI-powered hardware/software platform that includes a scale to weigh what Tabby has been doing (and detect if she's putting on pounds), an app that alerts when she's done her business (and tracks the frequency) and health-monitoring litter that can flag urinary tract infections or other problems.”

The price tag: $700. Coming next: Petivity Smart Litterbox Monitor System, a $200 scale placed under the litter pan so it can transmit data about a “solid waste or liquid waste event.” Guess when it comes to kitties there is no such thing as TMI. (Axios)

Three: Now, you can literally eat the rich—more like the insanely rich! A roaming art experiment is giving customers the chance to gobble up their favourite or most-loathed billionaires—as a popsicle! So you can “bite Bezos,” “munch Musk,” “suck Zuck,” “snack on Jack,” and “gobble Gates.” The project is inspired by philosopher Jean-Jacques Rousseau’s quote: “When the people shall have no more to eat, they will eat the rich.” (Quartz)

Last but not least: We leave you with a glimpse of Mr Dick—the hottest cafe in Manchester that advertises itself as “the first sexy waffle and coffee shop.” On opening day, there were looong lines of folks queuing up to taste their “d*** desserts” and p**** waffles” :) (The Manc)