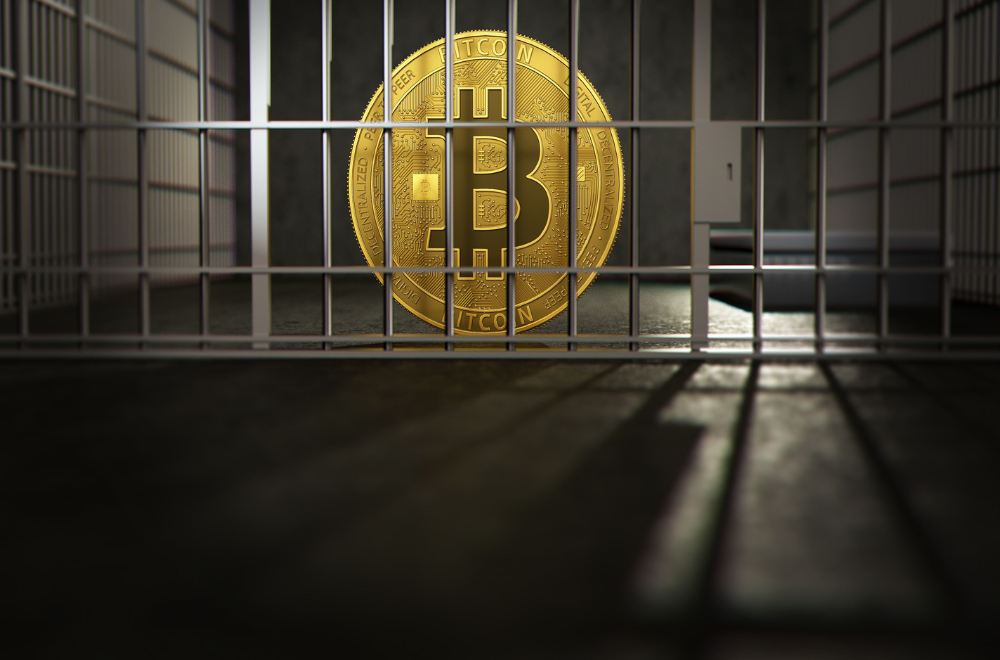 India’s biggest cryptocurrency platform is being investigated for money laundering. But here’s the bewildering bit. No one knows who really owns it: a superhot Indian startup or the largest cryptocurrency exchange in the world—a Chinese company called Binance. And as with all bizarre tech stories these days, it is playing out on Twitter.


Editor’s note: Don’t have a clue about crypto? Don’t worry, our Big Story has you covered:)

The big numbers: Until cryptocurrency tanked like a lead balloon in recent months, trading was booming in India.

Say hello to WazirX: The boom has been extremely kind to crypto startups—especially those who jumped in early like WazirX. It was started in 2018 by Nischal Shetty, Sameer Mhatre and Siddharth Menon—of whom Shetty is the most visible. WazirX quickly grew to become the largest cryptocurrency exchange in India. Transactions on its platform totalled $44 billion last year and its user base grew 10X to 10 million.

Say hello to Binance: It is the world’s largest cryptocurrency exchange in the world—generating at least $20 billion of revenue last year. It is owned by Changpeng Zhao—whose personal wealth of $96 billion makes him richer than Mukesh Ambani and rivals Mark Zuckerberg.

The deal: In November, 2019, Binance swooped in and bought WazirX—less than two years after its incorporation. Or at least that’s what Zhao said on the company’s blog said back then:

“The acquisition of WazirX shows our commitment and dedication to the Indian people and strengthen the blockchain ecosystem in India as well as another step forward in achieving the freedom of money.”

As you can imagine, this was very big news—and it turned Shetty into a crypto superstar—even though WazirX was ‘acquired’ for a rumoured $5-10 million. A deal size that should have raised more questions than it did because…well, it was early days for crypto in India. In any case, Shetty was over the moon, declaring it a “landmark moment” for the industry. And everyone posed for happy, happy PR photos like this: 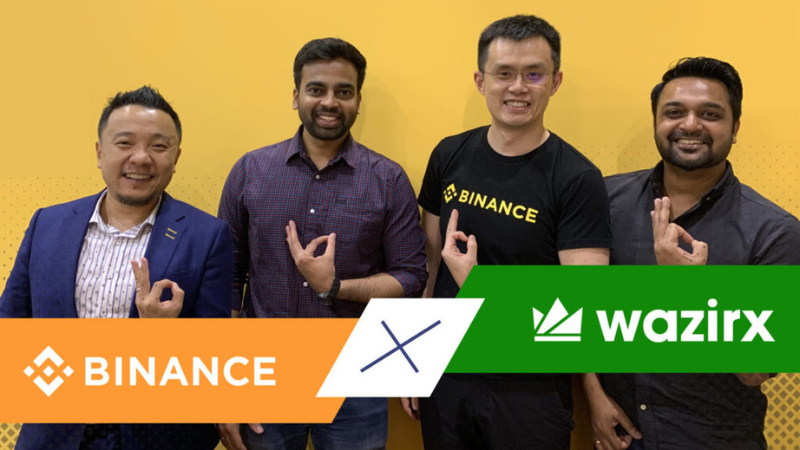 Sadly, this India-China love ishtory also went south—mostly due to a diligent Enforcement Directorate—empowered by a government that has never quite liked anything crypto. The Chinese money probably didn’t help.

The foreign exchange probe: It all started in June 2021, when the ED sent a notice to WazirX for violating foreign exchange regulations. The amount involved: Rs 27 billion (Rs 2790.74 crore or ~$372 million at the time). Essentially, it accused WazirX of allowing users in India to transfer their crypto—purchased in INR—to wallets held in overseas exchanges, including Binance.

Why this is a problem: There is no way for either WazirX or the Indian government to find out which individual is associated with the overseas wallet:

“WazirX, like other exchanges, may be doing the KYC of traders and investors who have accounts and wallets with it. If any of these traders withdraws a few Bitcoins, WazirX would also know the ‘address’ of the external wallet where the Bitcoins are sent. But it can never know the identity of the person or the entity owning the other wallet which receives the Bitcoin. Knowing the address of the wallet is not the same as knowing the people behind the wallet. This is the very nature of cryptos.”

Hence, the forex violation charge: “Since money has crossed borders, the law of the land applies and one needs to be sure that this money isn’t cheap money (cheap money is low-interest loan) or dirty money (used for illegal activities).”

Then, the GST probe: In January, Mumbai authorities started an investigation into tax evasion—accusing WazirX of only paying GST on commissions it earned on Indian rupee transactions and not the fees it charged on trades in WRX tokens.

The ‘stepping back’: As the Indian waters started heating up, the Indian founders suddenly found better ways to occupy themselves. In February, there was news of Shetty and Menon stepping away from “day-to-day operations” and “focusing on their new projects.” By April, the two of them had moved to Dubai. At the time, there was great hand-wringing over this crypto “brain drain”—which was blamed on the government’s decision to slap big taxes on crypto earnings.

Now, the big crackdown: The Dubai relocation was probably a wise move as the ED came back with a vengeance on Friday. The new charges of money laundering are far more serious. These alleged crimes were uncovered when officials were investigating fintech companies for fraud. Here’s what the ED alleges (in the simplest language possible):

Also this: The ED claims that WazirX is either unable or unwilling to share information on these transactions—even on its Indian customers:

“Despite giving multiple opportunities, WazirX failed to give details of the crypto transactions of the suspect fintech app companies and reveal the KYC of the wallets. Most of the transactions are not recorded on the blockchain either. WazirX informed us that prior to July 2020, they did not even record the bank account details from which funds were coming into the exchange to purchase crypto assets. No physical address verification is done.”

FYI: Mhatre wasn’t as speedy in changing addresses as his other co-founders—and has been left holding the bag in Mumbai. His residence was raided—but to no avail since all information is held on cloud. He has been accused of deliberately withholding information. The ED has now frozen company assets worth Rs 646 million (64.67 crore).

No one owns WazirX

The Zhao surprise: Soon after the news of the money laundering charges broke, Binance founder Zhao sent out a flurry of tweets denying owning any part of WazirX—or Zanmai Labs “the entity operating WazirX and established by the original founders.” He also claims the acquisition deal never went through:

“Binance does NOT have control on operations including ‘user sign-up, KYC, trading and initiating withdrawals’, as stated earlier. WazirX's founding team controls that. This was never transferred, despite our requests. The deal was never closed. No share xfers.”

FYI: The acquisition announcement on the blog is still available but now has a clarification:

“We would like to clarify that the 2019 'acquisition’ described in this blog was limited to an agreement to purchase certain assets and intellectual property of WazirX. Binance did not purchase any equity (and does not own any equity) in Zanmai Labs, the entity operating WazirX and established by the original founders. In addition, WazirX (including the foregoing assets) continues to be operated and managed by Zanmai Labs.”

Shetty’s comeback: Soon after Zhao’s revelation, Shetty did his best to ‘divorce’ WazirX as well:

“WazirX was acquired by Binance. Zanmai Labs is an India entity owned by me & my co-founders. Zanmai Labs has license from Binance to operate INR-Crypto pairs in WazirX. Binance operates crypto to crypto pairs, processes crypto withdrawals.”

In other words, Zanmai only took money in rupees to buy crypto—and had nothing to do with those pesky overseas wallets. Everything that happened after that, all those forex and money laundering issues, is on Binance.

But, but, but: According to an Entrackr investigation, all WazirX filings only show that it is operated by Zanmai Labs. A Singapore-based company Zettai Pte Ltd owns 99% of Zanmai—with Shetty holding the other 1%. Lo and behold, look who owns Zettai: Shetty (74.27%), Mhatre (18.56%) and Menon (7.17%). As Entrackr concludes:

“Thus, there is zero legal documentation in the public domain of any sort of holding for Binance in the firm. Even as it seemingly controls or can control all its activities if it wishes to, thanks to access to its root servers in India.”

That’s a reference to the fact that Binance seems to have total control over WazirX’s platform by Zhao’s own admission. He declared that he could “disable” all its customer accounts any time he wishes. In other words, no one really knows wtf is going on:

“It’s a very convoluted situation, in a sense that Binance owns access to WazirX, but they don’t have any equity in Zanmai Labs, on which WazirX operates the crypto-INR market. It’s now CZ (Zhao) word versus Nischal’s word."

Hain? Doesn’t someone actually have to own a company—not just rights to “access” or “operate”—for it to even exist?

The bottomline: Spare a thought for all the Indians who put their hard-earned money in WazirX—lured perhaps by those glitzy prime-time ads by cash-rich startups. Let’s hope the government doesn’t hang them out to dry while Zhao and Shetty brawl on Twitter in the comfort of their opulent offshore homes.

Inc42 offers a good overview of the investigations—while Times of India has the most details on the ED’s allegations. Entrackr has the best analysis of the ownership. Mint looks at implications for customers. Bloomberg News profiles the powerful and mysterious Binance founder Zhao. This January column in Fortune is remarkably prescient of the many problems of having a foreign company control an Indian crypto platform—in the absence of any regulation. Also read: our Big Stories on cryptocurrency and on the government’s constantly delayed crypto bill.