A massive chunk of ice—80 times the size of Manhattan—has broken off from Antarctica, and is floating in the Weddell Sea: “The iceberg is shaped like a giant ironing board, measuring around 170 kilometers (105 miles) in length and 25 kilometers (15.5 miles) in width.” No, this is not an effect of climate change, but a natural process called ‘calving’—when big blocks of ice break off the ice shelf at regular intervals. (CNN) 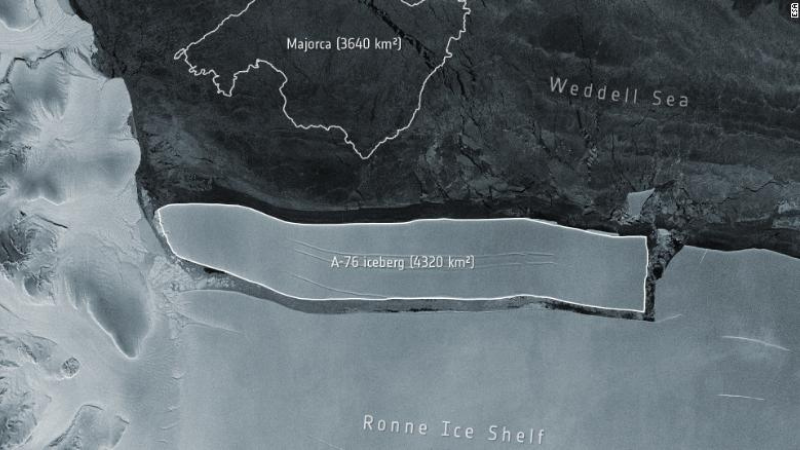 One: Want that highly valued blue tick on your Twitter account? The company has finally unveiled an official application process. To apply, a person can click on ‘Request Verification’ which is under ‘Settings and Privacy’. FYI: It is limited to folks who fall into specific categories like activist, entertainer, journalist etc. And it is being rolled out in stages so you may not see it on your profile. Mashable has more details.

Two: Among the flurry of Apple updates is the very cool ‘Assistive Touch’ on the Apple Watch for people with disabilities. TechCrunch has more details. See how it works below:

Three: Microsoft is dumping Internet Explorer, starting June 2022. The company is now focused on pushing its newer browser Edge—which launched in 2015. If you’re feeling nostalgic, below is the first commercial for IE. (Wall Street Journal)

The Martian rover Zhurong has sent back its first images of the red planet—after landing on Sunday. Below is a collage of the rear and front view: 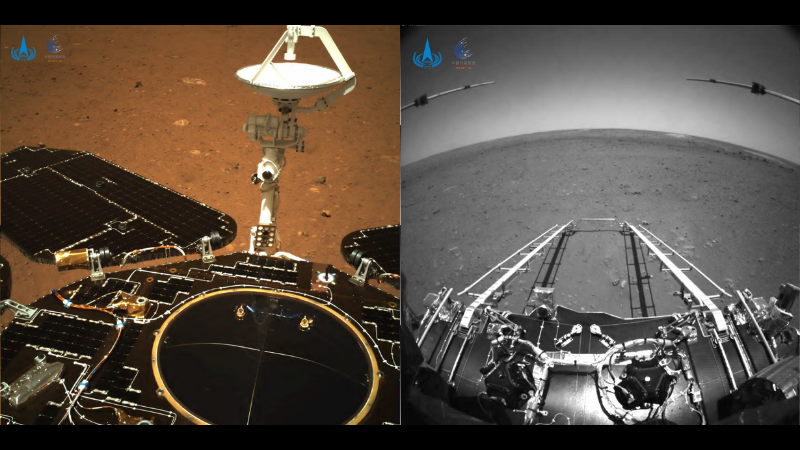 In other news from China: A 957-foot skyscraper suddenly started wobbling for no apparent reason—triggering a panicked exit of its residents. Here’s the odd thing: The weather was just fine and there were no reports of earthquakes, and authorities say there were “no abnormalities in the main structure and surrounding environment of the building.” CNN has more. See the clip below:

The brand new world of LSD

A new study looked at brain scans of people on the psychedelic drug and found that it takes away the prior beliefs that shape how we filter information and make sense of the world.

“In one sense, the drugs rewind the brain’s clock to a time before it learned that walls tend not to move and furniture is rarely threatening. ‘You can imagine you might experience altered perceptions,’ said Amy Kuceyeski, a senior author on the study at Cornell. ‘If your prior belief is that walls don’t move and your prior belief melts, then that wall may appear to move.’”

The Guardian has more on this thought-provoking research—and how it helps people with mental health disorders.

Speaking of psychedelics: You may have heard about Brood X—the millions of cicadas that are now slowly emerging from underground burrows after 17 years in the United States. They will spend the next 4-6 weeks mating, lay eggs and then die. But for a number of them, this will be an especially wild time. The reason: The insects will be infected by a fungus called Massospora that will drive them into a sexual frenzy—even as it takes over their bodies, causing them to lose their lower abdomen and genitals. Like the monster swarm of creepy crawlies wasn’t bad enough… (NPR)

One: Gillette is embracing pubic hair in the most hilarious way possible. The latest ad for its Venus razor pays tribute to the short and curlies with ‘The Pube Song’. The Drum has more, and check out the cheeky animated ad below.

Two: Lego rolled out a brand new set called ‘Everyone is Awesome’—which features 11 brand new minifigures painted in the colours of the rainbow flag and celebrates the diversity of the LGBTQ+ community. Also: None of the figures have been assigned a gender, and are intended to “express individuality, while remaining ambiguous.” One exception: the purple one with a big beehive wig, who “is a clear nod to all the fabulous drag queens out there.” It’s always the purple one… The Guardian has more. Also: It looks like this: 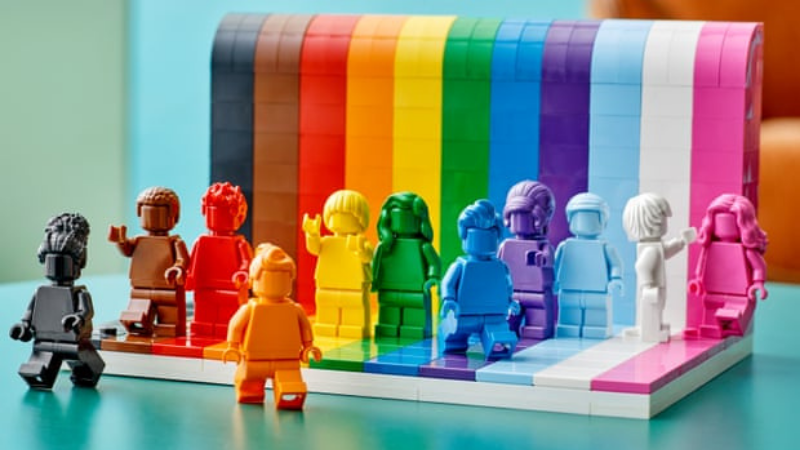 Researchers have created a 3D-printed replica of one of Michelangelo’s greatest works of art: the sculpture of David (of Goliath fame). The ‘twin’, however, is not made of marble but acrylic resin, and will be showcased at the Dubai Expo. CNN has the story or watch The National’s video report below.