The first pushback: Groups of Afghans attacked the Taliban—and pushed them out of three districts. Former Afghan military troops joined forces with civilians in a first such attack since the Taliban swept into power last week. The clashes occurred near the Panjshir Valley, populated by the Tajik ethnic minority, which held out against Taliban rule in the 1990s. But it is far too early to assess the chances of an armed uprising.

Chaos and death at the airport: Seven have died in a stampede outside Kabul airport—including the two-year old daughter of an interpreter for a US company. This is what the scene looks like:

Eyewitnesses, including reporters, say the actual number of fatalities is likely higher: "I've seen four people crushed to death in the space of about an hour, there are probably more dead in places we can't access." Meanwhile, the US embassy in Kabul has issued a directive telling its citizens to avoid travel to the airport—and is creating two meeting points so they can be safely accompanied instead.  The Guardian has a compelling report on just how hellish the situation is.

In related news: The White House has ordered commercial US airlines to help transport Afghan evacuees. They won’t fly into Afghanistan, but will help ship them out once they have been delivered to US bases in Qatar, Germany etc. And the Pentagon sent signals that U.S. troops may stage operations outside the airport to help evacuate stranded American citizens and Afghan allies. This would be a big move since both the road to the airport and crowds outside it have become increasingly dangerous.

Escape to India: Afghan Sikhs and Hindus were among the 392 airlifted out of the country over the weekend. Among them was Afghan member of Parliament Narender Singh Khalsa. He told The Hindu that the ranks of the Taliban included a large number of Pakistani fighters:

“‘I found that those who came to my house could not speak Farsi and spoke in Urdu. There were some who spoke a language that I could not even understand. It’s quite clear that they were either from Pakistan or some other country,’ said Mr. Khalsa. Stating that he had not seen the Afghan Taliban among those who were present in Kabul, Mr. Khalsa said, ‘In my 36 years, I have never seen such Taliban fighters.’”

Saying no to evacuees: If you had any doubts about which side Russia plans to back, President Putin flatly rejected plans to send Afghan evacuees to neighbouring Central Asian countries like Turkmenistan, Uzbekistan and Tajikistan—which are also close allies of Moscow. His reason: “We don’t want militants showing up here under cover of refugees.” Toeing Russia’s line: Uzbekistan which returned 150 Afghan refugees after talks with the Taliban. Also rejecting Afghans: Greece which has erected a 40 km fence and surveillance system to keep out refugees crossing the border from Turkey. Changing its mind: Australia which first rejected the visa applications of 100 staff who worked at its Kabul embassy. A related read: ABC News on Russia’s plans to engage the Taliban.

On the happier side: An Afghan woman safely delivered a baby girl on one of the US evacuation planes. CNN has that story. Everyone is talking about this almost newborn baby who was passed over a wall and barbed wire to a US marine—and has now been reunited with its father. New York Times has the story, and the clip is below:

The US military has been sharing a barrage of feel-good photos of soldiers tending to Afghan children, like the one below: 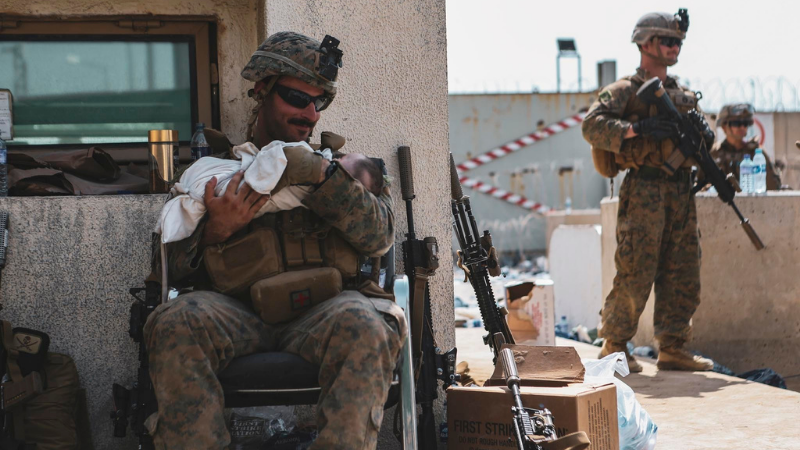 Good related reads: The Wire reports on how the director of the National Museum is working to keep its treasures safe from the Taliban. This Hindu op-ed points to the irony of America abandoning the very same Afghan women who offered a perfect excuse to invade the country after 9/11. BBC News looks at how the Taliban’s victory is giving comfort and inspiration to jihadists in Africa. Quartz looks at India’s extensive investments in Afghanistan—all of which are likely to prove a terrible waste.

The Finance Ministry has summoned Infosys MD & CEO Salil Parekh to explain why the newly revamped income tax portal is an unholy mess—two months after its launch. In fact, as of August 21, the portal is ‘unavailable’. What the government paid Infosys for its less-than-stellar service: Rs 1.64 billion (164.5 crore). (The Telegraph)

A Swedish company delivered the world’s very first batch of carbon-free steel to its customer, the automaker Volvo. Why this matters:

“Making steel is notoriously difficult to decarbonize. The majority of production relies on coal as a raw material feedstock and also as a fuel. HYBRIT [used]... renewable power to produce hydrogen and then combining it with iron ore to create a porous material called sponge iron.”

Volvo plans to use the initial batch of green steel to make prototype vehicles and parts. Big point to note:

“According to the International Energy Agency, the iron and steel sector is responsible for 2.8 gigatons of carbon dioxide emissions annually, accounting for 8% of all global energy demand and 7% of energy-related carbon emissions. If production were a country, it would slot in as the fourth-biggest carbon polluter on Earth, sandwiched between the European Union and India.”

So this is a big breakthrough for the battle against climate change. (Gizmodo)

Rafael Nadal announced that he is ending his 2021 season to address a lingering left foot injury, taking himself out of the US Open for a second consecutive year. He joins the ranks of Roger Federer who also pulled out of the tournament due to a knee surgery. Watch Nadal’s statement below:

Say hello to the Tesla Bot!

“[T]he Tesla Bot is ‘intended to be friendly,’ but that the company is designing the machine at a ‘mechanical level’ so that ‘you can run away from it, and most likely overpower it.’ It will be five feet, eight inches tall, weigh 125 pounds, and have a screen for a face.”

The robots will be designed to handle “tasks that are unsafe, repetitive or boring.” Cnet has more details. Also: it looks very creepy: 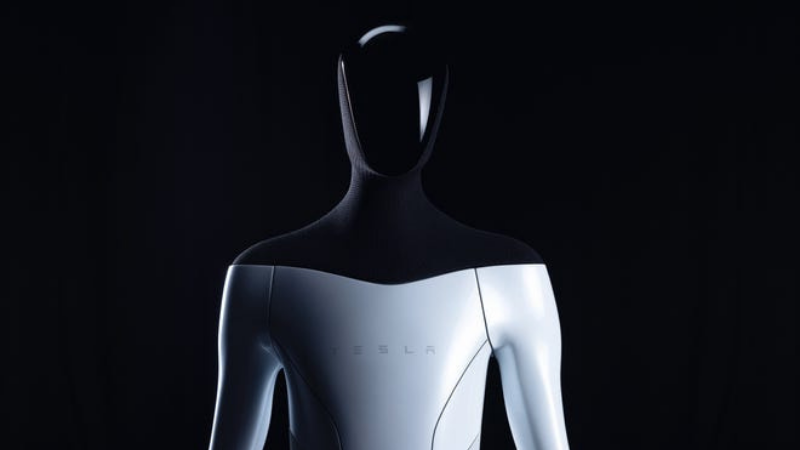 The Catholic church has a Grindr problem

Cellphone data obtained by a conservative Catholic blog shows that priests in both the United States and the Vatican are using the gay hookup app. One of its three reports revealed that “32 mobile devices emitted dating app data signals from within areas of Vatican City that are off-limits to tourists” in 2018. And at least one senior Catholic official in the US has been forced to resign after the data revealed his movements to his home, office and to gay bars and a bathhouse. The Church is apparently torn between its commitment to enforce the vow of celibacy and worries about a gross violation of its priests’ privacy. Also muddling matters: The blog itself has an agenda of tying gay priests to the Church’s pedophilia scandal. (New York Times)

That’s ‘captain’ to you!

Air India is working on “reducing trans-cockpit-authority-gradient” inside its aircraft—i.e. it wants to make the environment less hierarchical and more informal. As part of this new effort, first officers will no longer refer to the senior pilot as ‘Sir’ (or ‘Madam’?) and instead call them by their first name or ‘Captain’. Apparently, this was the key lesson learned from a near-catastrophic incident in Trichy when the aircraft's wheels hit a perimeter wall during take-off, but the pilots happily continued flying—which has been blamed on a “communication failure.” We are confused by this story on many levels—and we are not sure who to blame: Air India’s garbled decision-making or Times of India’s garbled reporting.

One Italian home for one euro

Various towns across Italy are selling beautiful old homes for just €1. Yes, there’s a catch: These are usually houses that are in need of serious renovation—which a buyer must commit to making, and within a strict deadline. For example, the town of Maenza near Rome is hoping to sell 100 properties, some of which have become a potential danger to passersby because of their dilapidated condition. CNN has more on Maenza plus photos, while Travel+Leisure has advice from a woman who bought three such houses—just in case this is something on your bucket list:)

A bull by any other name...

The Spanish city of Gijón has cancelled its century-old bullfighting festival. The reason: two of the bulls slain this week were named ‘Feminist’ and ‘Nigerian’. The town’s mayor took the organisers to task for being deliberately offensive:

But the bullfighting association pointed out that bulls are traditionally named after the cows that birthed them—and have names that span generations. Even as it plans to challenge the decision, animal rights activists pointed out with glee: “That a feminist bull put an end to the bullfighting festival in Gijón is poetic justice.” (The Guardian)